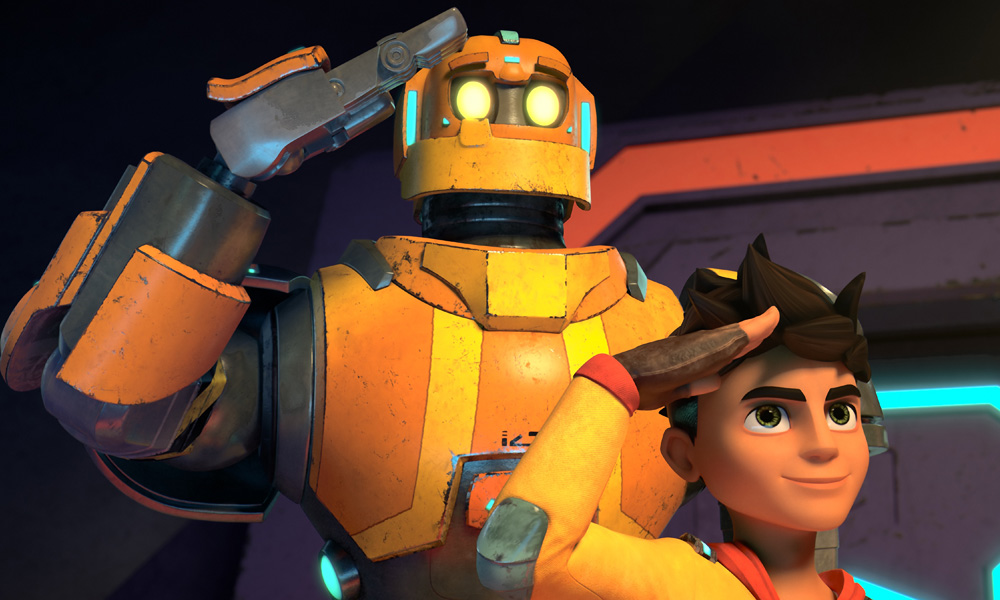 Created by Ed Bignell, CEO of KidsCave Studios, Robozuna tells the story of an orphan boy and his robot friend’s struggles to liberate their world from an evil empire and its legion of robots.

“Robozuna has been a passion project of mine for many years and I needed an animation partner that shared this passion and could materialize my high aspirations. L’Atelier’s dedication and creative input has elevated the project beyond the level all our partners thought possible,” said Bignell.

Series animation director Jennifer Harlow commented: “Robozuna is a show about camaraderie and taking on overwhelming odds through teamwork. These values were an inspiration for a studio that had never done series work before and that relied on deep collaboration between all departments to push the quality level of each episode.”

“The extraordinary result of Robozuna is born of our team of truly dedicated and talented artists backed by an elegant and robust pipeline, in support of the visionary leadership of KidsCave and ITV,” said production director Sebastien Racine.

Charles Granger, VFX supervisor, added: “It is truly rewarding to walk into our projection room and take in the quality of our artists’ work. With every episode, we collectively reached levels I have rarely seen on television.”