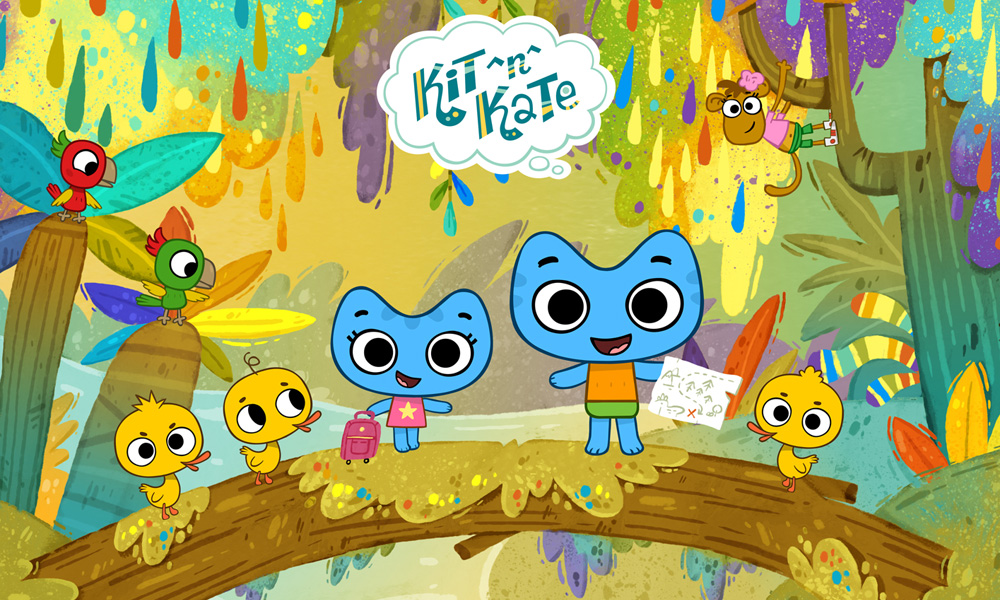 Toonbox Animation’s preschool series Kit^n^Kate has made its season two debut on Amazon Prime Video, with 20 five-minute episodes now available for youngsters to stream. The full first season is already available on the platform, and a new batch of season two episodes is due to arrive soon.

The show has been dubbed into 27 languages, broadcast by top TV channels and digital platforms around the world, including Benelux, Eastern Europe, Russia, Finland, South Korea, Spain, Italy, Portugal, the Middle East, Africa and the U.S. Kit^n^Kate is currently available in American English on Amazon, with Spanish and Portuguese versions in partnership with Janson Media in the works.

Kit^n^Kate is about young kitty siblings who love playing in their magical toy box. Their imagination transforms their room into a blueberry island, race track or a medieval castle. In each episode, the kitties create a whole new world with amazing discoveries, surprises and not-so-easy-to-solve dilemmas, and meet a mysterious stranger (who always happens to be their Mum or Dad in disguise). The “stranger” helps the kids solve all the puzzles and enjoy even the bumpiest ride.

Season 2, in a slightly updated format, brings even more fun with a focus on entertainment rather than edutainment and a great deal of catchy characters for the kids.