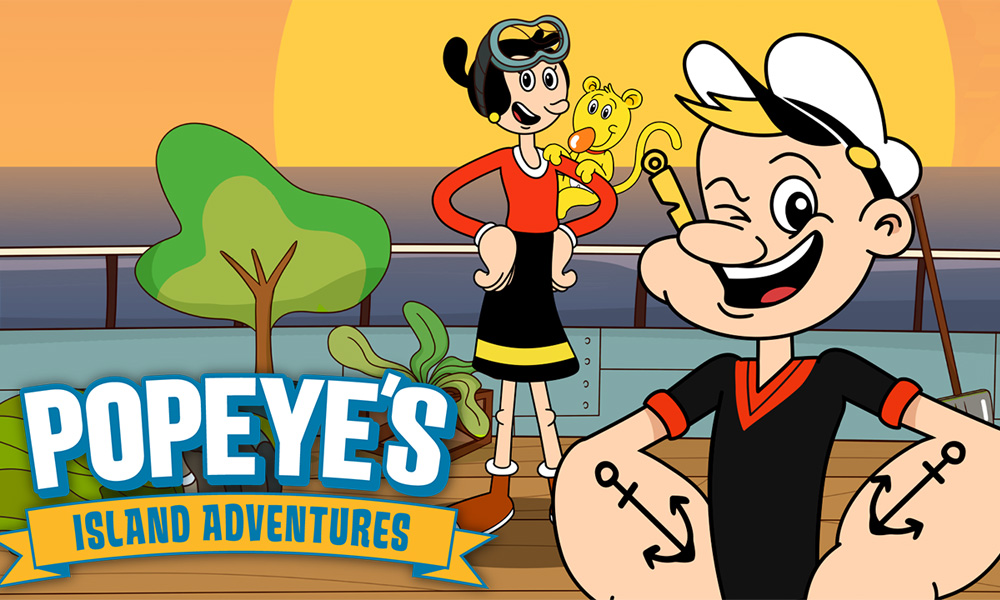 Popeye the Sailor is celebrating his big 90th anniversary in 2019, and to mark the occasion King Features Syndicate (part of Hearst Ent.) is debuting Popeye’s Island Adventures — a new series of original animated shorts which will introduce the classic character and his pals to a new digitally native generation of kids. Streaming now on the Popeye and Friends Official YouTube Channel, the series was announced by Hearst President and CEO Steven R. Swartz, Hearst Entertainment & Syndication President Neeraj Khemlani and President of King Features Syndicate C.J. Kettler.

Popeye’s Island Adventures introduces the spinach-loving sailor man to the younger generation by combining the original squash and stretch animation style with updated characters and storyline. The new Popeye has a youthful appearance and more eco-friendly position, growing spinach on the roof of his dieselpunk-style houseboat and collecting rainwater in barrels. Olive Oyl, the original damsel in distress, is now billed as a beacon of feminist ideals: a strong, independent, and resourceful woman who is at the center of every adventure. Bluto remains the series’ antagonist, but his motives have changed as he pursues Popeye’s spinach in a quest for strength. The new Popeye project will complement the sailor man’s growing online presence (currently close to 10 million followers on Facebook).

“We are thrilled to be bringing Popeye to YouTube and a new generation of kids,” Swartz said.

“It is fitting that Popeye, one of King Features’ original animated characters, is the first of our brands to be reintroduced through short-form video content created specifically for the YouTube audience,” Khemlani said. “King Features has a deep library of IP — from Flash Gordon, Mandrake and The Phantom to partner properties like Blondie, Hagar the Horrible and Beetle Bailey — and Popeye is taking the lead with the development of new entertainment, merchandising and e-commerce to serve a new generation of fans.”

Popeye first appeared in E.C. Segar’s Thimble Theatre comic-strip in the New York Journal-American (owned at the time by William Randolph Hearst), starring in his first theatrical cartoon a few years later in 1933 and later debuting on TV screens in 1960.

The 90th anniversary celebrations will also feature the return of Popeye’s Cartoon Club as an homage to the fan art Segar often shared at the end of his comic strip. The campaign will invite top cartoonists from around the world to contribute their own Popeye comics.

Plus, King is ready to unveil at retail merchandise from more than a dozen new licensing partners around the world. And popeye.com is hosting an interactive timeline of the character’s history, and a photo filter that lets fans brand and share their Popeye-inspired “strong to the finish” moments.

“Popeye is an iconic pop culture character and the responsibility to serve his fanbase while introducing him to a new audience of multiple generations is enormous,” Kettler said. “The Popeye 90th Anniversary celebration will include not only the short form animation on YouTube but a relaunch of E.C. Segar’s Popeye Cartoon Club in print, digital and social media featuring some of the most notable talent in cartooning and illustration as well as key partnerships for streetwear apparel and trendsetting collaborations. We look forward to further developing Popeye with additional retail partners, licensees, and longer form storytelling in the future.”

WildBrain was contracted for worldwide management of the Popeye and Friends Official YouTube Channel in May and has since produced new compilations of cartoon favorites including Classic Popeye, Popeye and Son and The Continuing Adventures of Popeye as part of an ongoing strategy to grow the sailor man’s global audience across the platform. 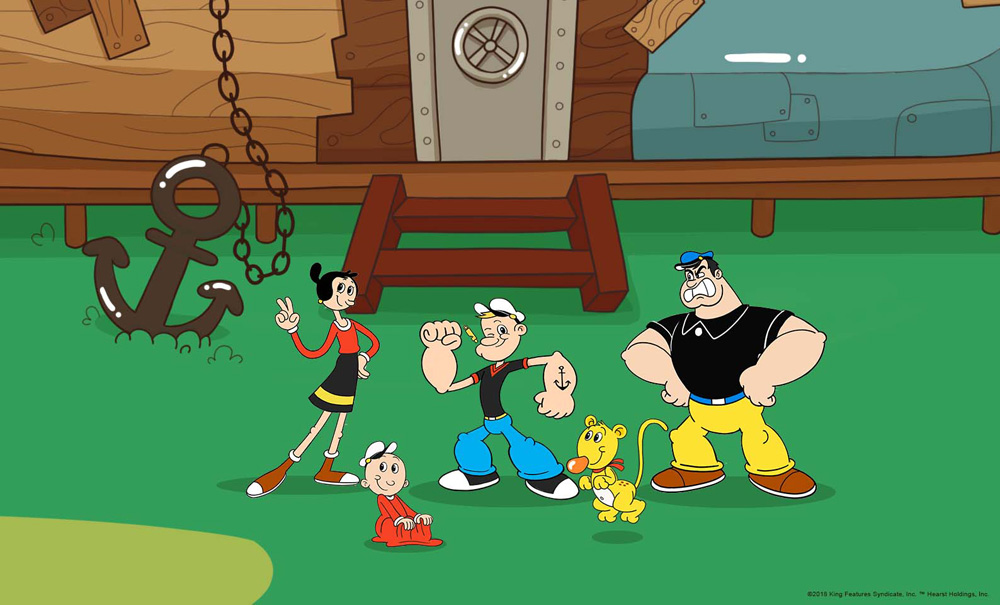