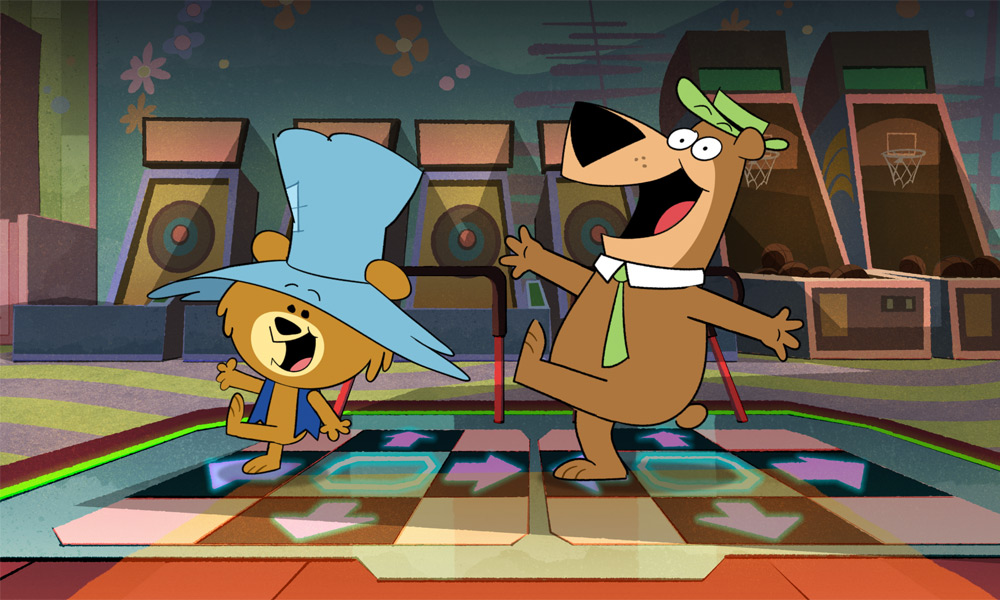 *This article originally appeared in the August ’21 issue of Animation Magazine (No. 312)***

Hey, hey, hey! This week, Yogi and many of his pals from the Golden Age of Hanna-Barbera cartoons are poised to win over a new generation of fans on HBO Max. The green tie-wearing brown bear with a healthy appetite is only one of the stars of the lively new Warner Bros. Animation series Jellystone!, premiering Thursday, July 29. He is joined by the likes of Boo Boo, Snagglepuss, Huckleberry Hound, Jabberjaw, Magilla Gorilla, Augie Doggie and Top Cat, all of which have been popular with animation fans for more than seven decades. 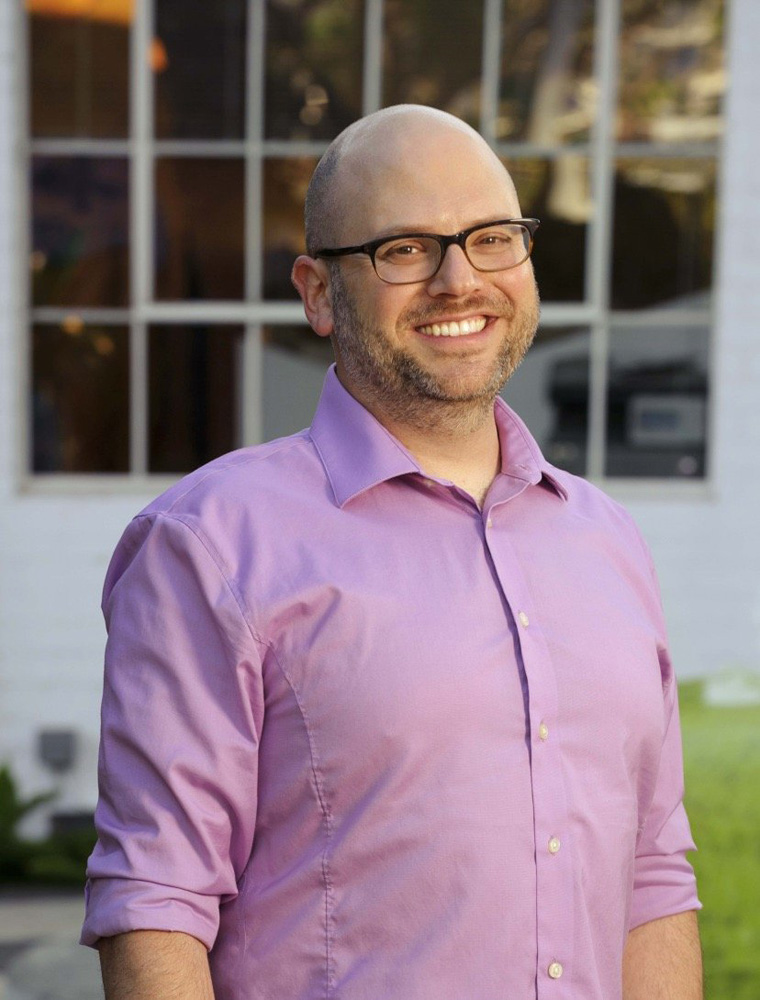 “These characters are animation royalty and you can’t really find anyone who doesn’t have some love for a least one of them,” says the show’s exec producer C. H.  Greenblatt, who also created Chowder and Harvey Beaks and has worked on hits such as SpongeBob SquarePants, Fish Hooks and The Grim Adventures of Billy and Mandy. “There’s something very universal and endearing about these characters, and to get to play with them has been a dream job.”

Greenblatt, who also voices Doggie Daddy, Grape Ape, Boo Boo, Peter Potamus and several other of Jellystone Park’s memorable residents, says he re-watched many of the classic cartoons to prepare for his plum assignment. “It was important for us to know what worked and which parts were worth keeping in those shows,” he explains. “We also needed to add more personality and depth to some of the lesser-known characters. Of course, when you have strong main characters like Yogi or Top Cat, we just have to re-imagine them in this world.” 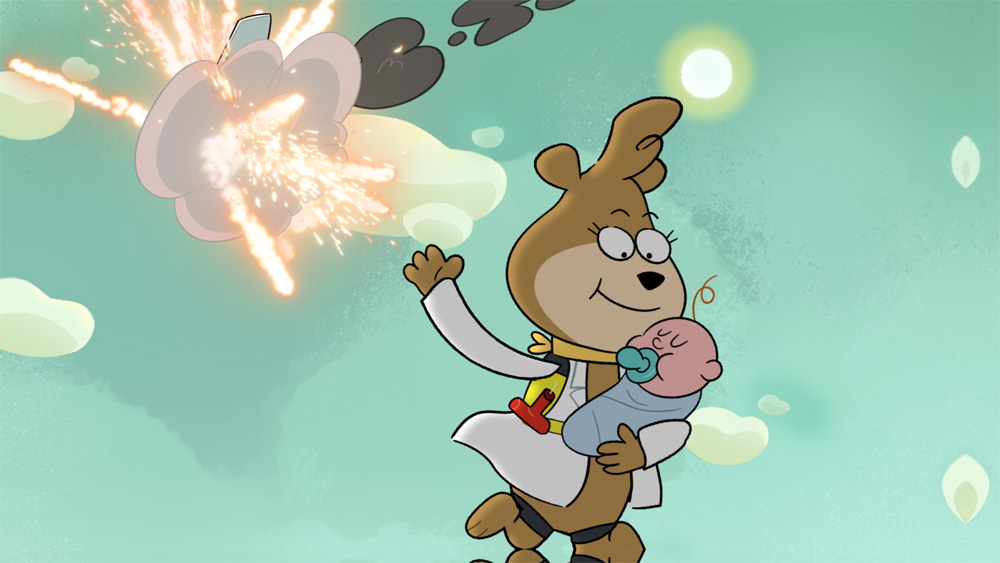 Females of the Species

One of the show’s improvements over the classic versions is the addition of strong and important female characters. “We felt that the original shows were missing main female characters,” points out Greenblatt. “Even as side characters, they didn’t get to be funny or much fun. That wasn’t cool, and all of us felt that we had to fix that. So we changed some of the characters in cases that made sense, for example Augie Doggie is now a helicopter dad who loves his daughter very much. Jabberjaw and Squiddly Diddly are girls and Baba Looey is now Bobbie Louise. We felt like our world is more balanced now.”

Greenblatt and his team also wanted to add more personality and depth to some of the lesser-known characters in the HB library. “We all know that these shows had some awesome visual designs and great voices, but some of them didn’t have a lot of depth,” he mentions. “So the goal was to make those characters more well-rounded and funnier. We needed them to be more than one-note jokes to appeal to modern comedy sensibilities.” 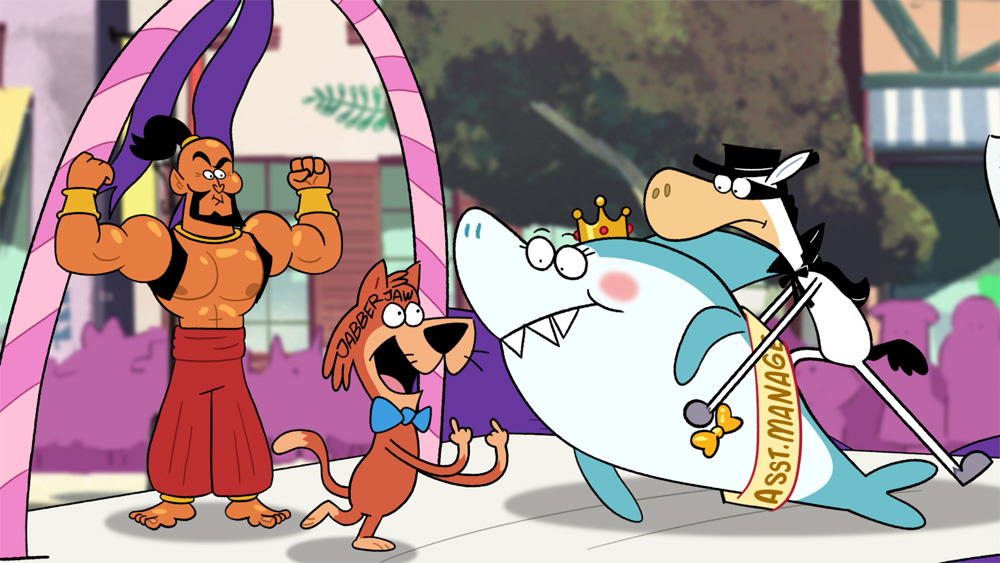 The famous characters also needed to get a design makeover for their sophisticated 2021 viewers. Greenblatt reached out to talented character designer Kali Fontecchio (Mickey Mouse, Looney Tunes Cartoons) in early 2020. “The first few months, Dave Tilton and I went down a giant list of the Hanna-Barbera characters. Until you see a list of names you don’t realize just how many there are — hundreds! It took me a hot second to tackle the Carl Greenblatt style; intensely cute and cartoony, and deceptively simple. It took probably about five to six months to design the entire cast of characters that populate Jellystone!” she reveals.

Fontecchio says she especially enjoyed gender swapping many of the characters to add more strong female characters. “I loved coming up with attitudes and outfits that would define these newly female characters. Fashion can say so much about a character, I gave Cindy Bear a motorcycle jacket for her off-duty look since she’s a bit cooler than Yogi, whereas Squiddly Diddly now has a ’90s teenage look which can influence how to draw special poses and inform her personality.” 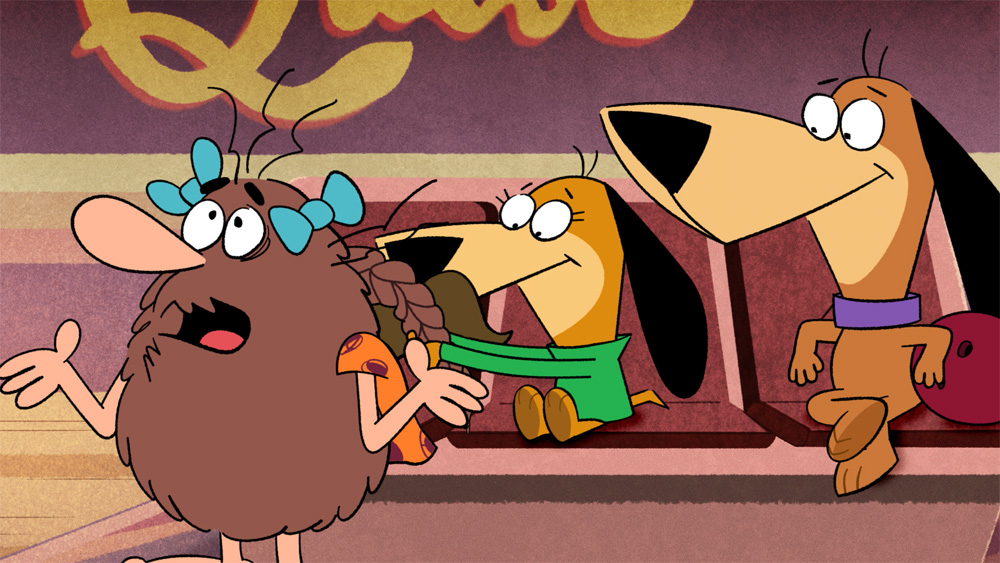 The artist says she loved working with the amazing original designs by Ed Benedict and Iwao Takamoto. “It was a bit intimidating,” she notes. “Luckily, having the unique filter of Carl’s personal style to inform the design language made the task a delight. He magnanimously guided us through his cartoon vision in which heads are huge, eyes are squishy, and the sillier they are, the better.”

When asked about the secret to updating classic characters, Fontecchio replies, “Having a unique vision helps breathe new life into these beloved cartoon staples. Staying true to their cartoony nature helps keep them feeling classic. On the Mickey Mouse shorts, Paul Rudish had a similar approach to Carl, with a loose inked feeling to drawing the characters. It adds a lot of life to the drawings if they’re not so preciously cleaned up. With the Looney Tunes Cartoons, Alex Kirwan chose the late ’30s, early ’40s aesthetic, which has set the new cartoons apart from other iterations of the Looney Tunes characters — less angular and more volumetric. It’s a delicate balance between having a new take on something while retaining the guts of what made the characters so likeable and appealing-looking in the first place. I’ve been extremely fortunate to work with such amazing talent and contribute to their artistic interpretations. Lending a helping hand in adding designs to such iconic characters is a fun occupation— child me would be jealous!” 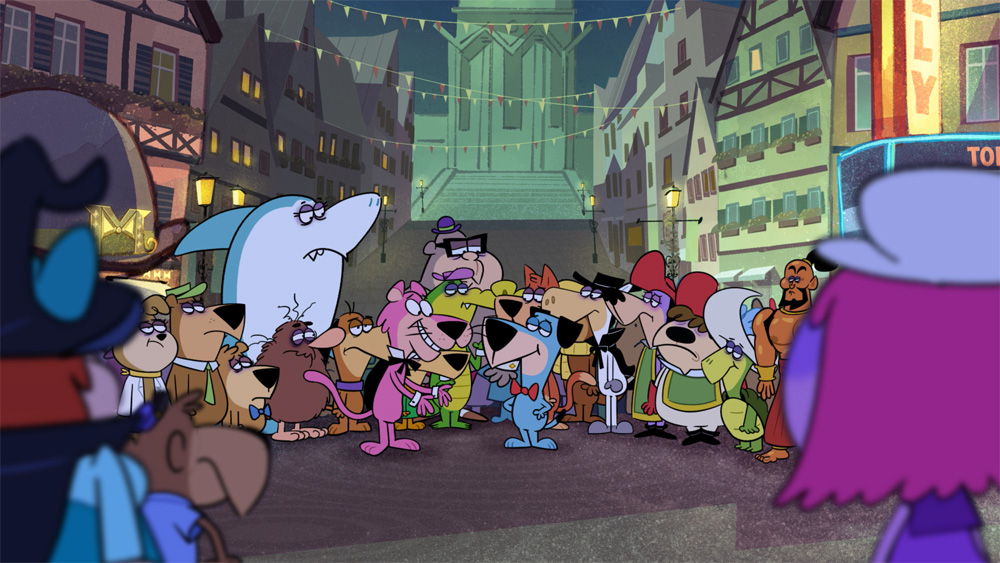 A Cast of Characters

When it comes to the evergreen appeal of the characters, Greenblatt believes that while they were the product of a very economical business model, the creators were able to come up with some crazy and fun characters and situations within those restraints. “As a kid, these characters really spoke to me,” he adds. “Maybe the animation quality wasn’t as high as Disney cartoons, but they had this breadth and scope that was really appealing. You will see about a dozen or two regular characters in the first season of the show, but there are still so many more we hope to feature in the future. Fans will also be able to spot some great cameos — Space Ghost, Moby Dick and Mighty Mightor, Speed Buggy, Glump, even Funky Phantom! — in each episode that we included as little Easter eggs. It developed into a fun game among the board artists, where they competed to hunt down random weird characters and put them in the background of episodes. We had so many characters to play with we didn’t need to make any new ones. Anyone we needed, we could pull from the library and re-imagine them a little bit.” 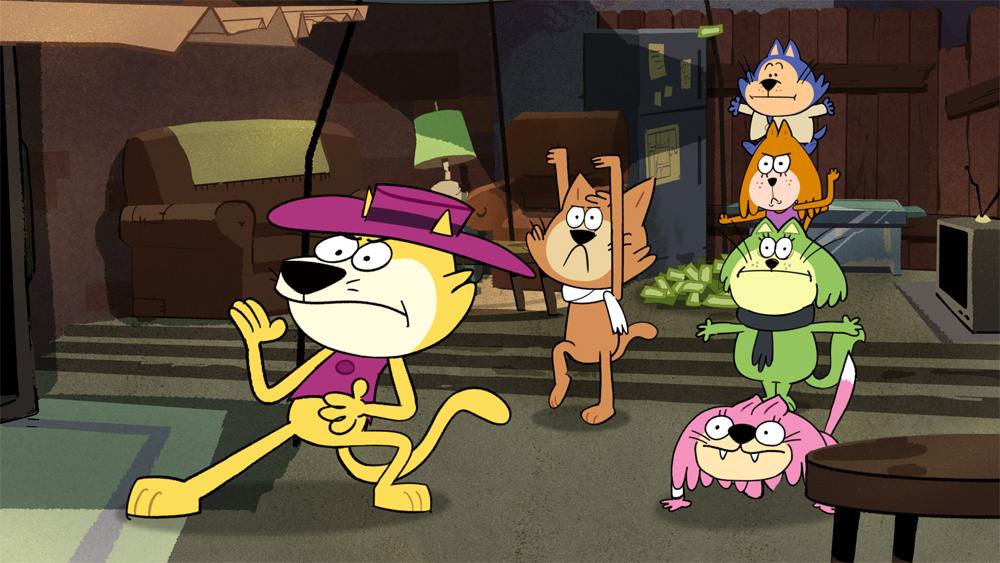 In addition to the team in Los Angeles, the animation production was handled by Snipple in the Philippines and Cheeky Little Media in Australia. “Our goal was to make Toon Boom Harmony look as hand-drawn as possible,” says Greenblatt. “One thing we did differently on this project was to bring in all the board artists as part of the writing staff. We had a couple of months to work out the stories and the world together in one room. Having that time together (before the pandemic) was really helpful so we could hit the ground running.”

Greenblatt, who was a big fan of Captain Caveman, The Flintstones and The Jetsons when he was growing up, says he hopes to bring many more of the classic Hanna-Barbera library characters to Jellystone! in upcoming episodes of the show. For now, he is proud of what he and his team have done with these beloved icons. “It’s kind of nerve-wracking to take on characters that are so important to many people,” he admits. “But it’s wonderful to feel that you’ve done right by them. The best feeling in the world is to see and enjoy the DNA of all these artists who collaborated on the series in the final work. I’m so proud of what everyone contributed to this show.”

The first season (10 episodes) of Jellystone! premiered on HBO Max on July 29.