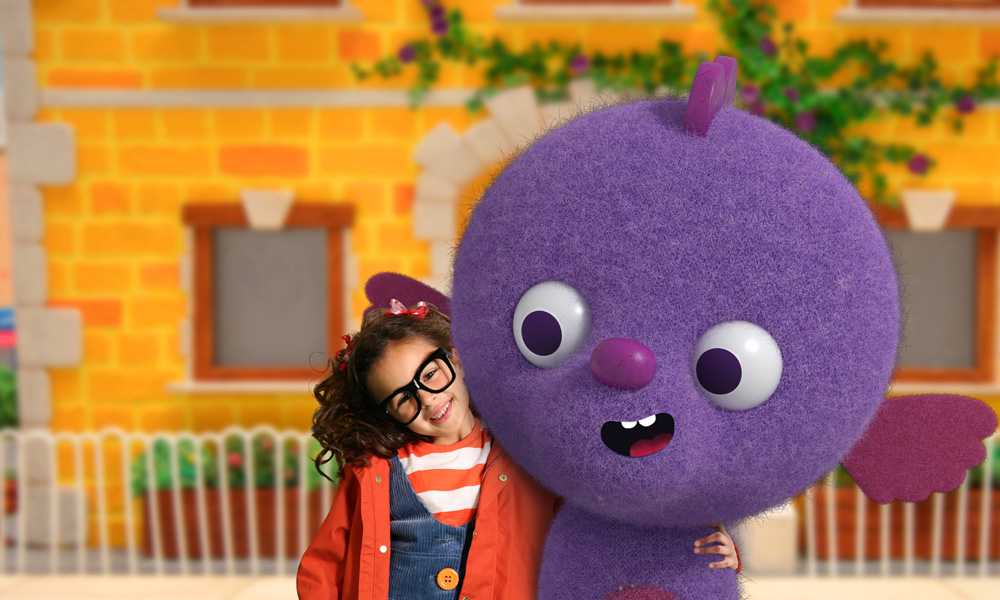 JAM Media, Dublin-based creator and producer of multi-award-winning animated and live-action content for kids and preschoolers, announces a new co-production with Amazon Studios: Jessy & Nessy. The mixed-media preschool series is set to launch on Amazon Prime Video at the end of 2019, with new episodes into 2020 and 2021.

Jessy & Nessy (40 x 11’) stars Jessy, an innately curious little girl and her best friend, Nessy, a five-and-a-half-thousand-year-old sea monster, with a penchant for pickles. Created by JAM Media’s Chris Dicker, the show is being executive produced on behalf of the company by John Rice & Alan Shannon, whilst Michelle Sullivan is the executive in charge for Amazon Studios. Peter K. Hirsch, a multiple Emmy Award winner, is on board as Head Writer.

At the heart of the show is Jessy; an inquisitive, fun loving, spectacle wearing six-year old, who happens to see the world a little differently through her magical glasses — or as Jessy calls them, her “Inspectacles.” They allow Jessy to see and talk to all types of animated characters, including Nessy, who lives in a fountain in Cara Park opposite Jessy’s apartment building. Together, this unlikely duo explore life’s curiosities like why birds fly south, why things don’t fall up instead of down and even why some people snore? Jessy and Nessy reveal how all these seemingly everyday curiosities have fantastical answers, leading the home viewer to explore their own curiosities and to find the extraordinary in the ordinary.

“We are really excited to be partnered with Amazon Studios on this new property,” said John Rice, CEO, JAM Media. “We want to encourage children to be curious and learn about the world around them, and Jessy & Nessy make the perfect best friends to explore all of life’s wonders with.”

“We’re so thrilled to be working with the talented team at JAM Media to bring the quirky and vibrant world of Jessy & Nessy to life,” said Melissa Wolfe, Head of Kids Programming, Amazon Studios. “With its unique characters, colorful locations and mixed media format, this show invites our preschool audience to tap into their innate curiosity and harness their imaginative spirit of wonder.”