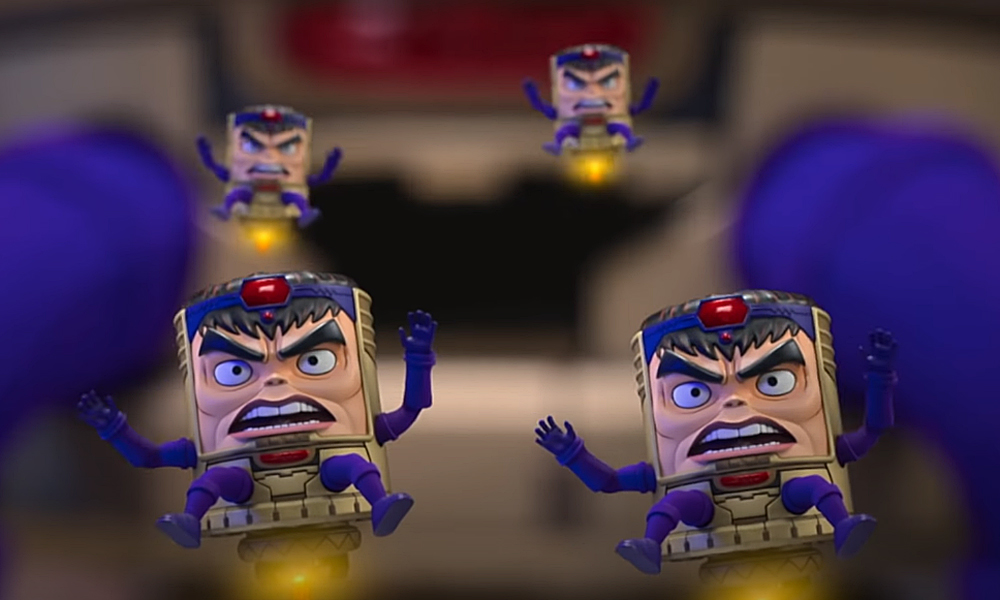 During Saturday’s Wondercon@Home panel, Hulu revealed more of the stop-mo world of Marvel’s M.O.D.O.K., which premieres May 21 on the platform.

The free virtual panel also sneak peeked a brand new clip, which you can catch at the end of the video:

Synopsis: Megalomaniacal supervillain M.O.D.O.K. has long pursued his dream of one day conquering the world. But after years of setbacks and failures fighting the Earth’s mightiest heroes, M.O.D.O.K. has run his evil organization A.I.M. into the ground. Ousted as A.I.M.’s leader, while also dealing with his crumbling marriage and family life, the Mental Organism Designed Only for Killing is set to confront his greatest challenge yet!

Read all about the show in the upcoming May ’21 issue of Animation Magazine, available soon!