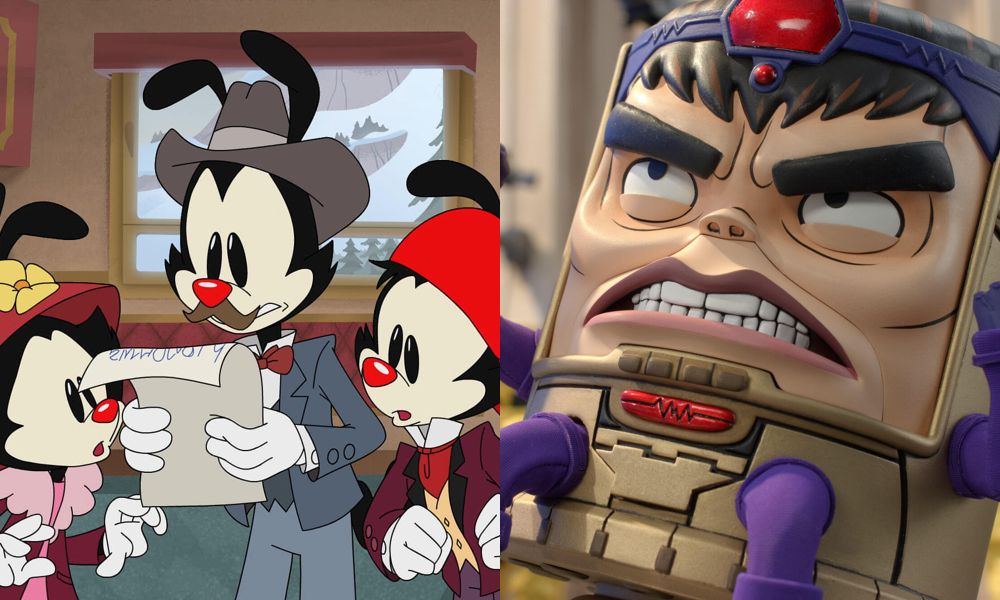 “With returning seasons of award-winning comedies and dramas, Hulu’s 2021 slate of Original series truly has something for everyone,” said Craig Erwich, president of Hulu Originals and ABC Entertainment. “We’re incredibly excited to welcome back the stories and characters fans have connected with in The Handmaid’s Tale, Shrill, Animaniacs and Love, Victor, while taking viewers deeper into the character of Mike Tyson in Iron Mike and bringing animated but deeply human characters to life in Marvel’s M.O.D.O.K.”

Following a successful first season and practically blowing up the internet, Animaniacs has been renewed for a third, zany season on Hulu consisting of 10 episodes. The series garnered the most social mentions of any Hulu Original to date over its season one opening weekend proving that fans can’t get enough of watching Yakko, Wakko and Dot as they wreak havoc and mayhem in the lives of everyone they meet. The second season of Animaniacs will debut later this year.

Synopsis: After returning to their beloved home, the Warner Bros. Water Tower, the Animaniacs waste no time in causing chaos and comic confusion as they run loose through the studio and beyond, turning the world into their personal playground. Joining Yakko, Wakko and Dot are fan-favorite characters Pinky and the Brain who will also return to continue their quest for world domination.

Hulu’s new adult animated comedy series Marvel’s M.O.D.O.K. premieres all 10 episodes Friday, May 21. In the show, the megalomaniacal supervillain M.O.D.O.K. (Patton Oswalt) has long pursued his dream of one day conquering the world. But after years of setbacks and failures fighting the Earth’s mightiest heroes, M.O.D.O.K. has run his evil organization A.I.M. into the ground. Ousted as A.I.M.’s leader, while also dealing with his crumbling marriage and family life, the Mental Organism Designed Only for Killing is set to confront his greatest challenge yet!