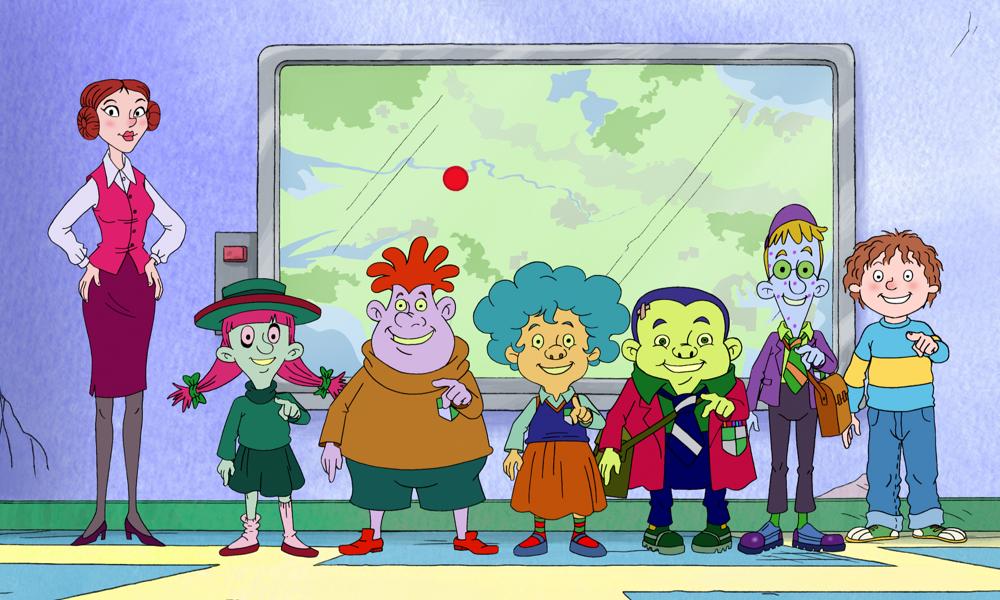 Novel Entertainment is debuting its brand new long-form animated special Horrid Henry’s Gross Day Out on the service in the U.K. on September 17. Netflix has also taken worldwide VOD rights for the 65’ action-adventure film which will roll out globally later this year.

Horrid Henry’s Gross Day Out is written and produced by Novel’s Lucinda Whiteley and executive produced by Mike Watts, with Gary Andrews as animation director, Jim Andrews as editor and music composed by Lester Barnes. The special features the same voice cast as the award-winning TV series and also welcomes new characters created by Whiteley, in the form of the Gross Class Zero superheroes, alongside the villainous Evil Emperor and his twins Darius and Drusilla Drek.

Gross Class Zero, widely known to be Henry’s most favorite program ever, features five “Grossers” leading double lives as students at Stand Up School and as top-secret agents. Under the watchful eye of their teacher, Miss Nesta Clutterbuck, they snot, bogey, fart, burp and zitgoo their way through their mission to save the Known Universe, with a unique combination of common sense, no-nonsense know how and sheer grossness.

“We are thrilled by Netflix’s continued support of Horrid Henry who has a legion of fans both in the U.K. and internationally,” said Watts, Co-Founder of Novel Ent. “We look forward to showcasing Henry in this longer-form content which enables us to expand his world and adventures even more. This is the first in a series of one-hour Horrid Henry specials.”

Whiteley explains, “As always, Henry’s got his Saturday all planned out: lying on the sofa watching back to back episodes of his favourite superhero TV show while babysitter Martin is lost in a world of his own. But even the best laid plans can go wrong, and soon Henry finds himself battling alongside the Grossers to stop the Dreks taking over the known (and unknown) universe. When Peter and Margaret get involved, the pressure is on as they race to banish the baddies before Mum gets back from the shops!”

In addition to the new animated specials, Novel has a raft of newly created content output, produced under the banner of Horrid Henry Unlocked and designed to offer a familiar and reassuring environment for fans, especially during the current crisis.

Alongside the recently launched Horrid Henry podcast, new material produced since the start of the pandemic includes Horrid Homework, a program of daily activities for children available free on Henry’s website, and more than 150 freshly created songs, videos and behind the scenes content and interviews, livestreamed on Henry’s YouTube channel. Content includes a Back To School bespoke playlist created with Oxfordshire Kindness Wave and the Oxfordshire Virtual School and a series of shorts which is helping to raise awareness of the NSPCC’s Childline service.

At the end of August Novel created the first ever Summer of Slime Virtual Festival; this featured a combination of live performances and exclusive offers and interactions on Henry’s social media channels, with an accompanying free activity book. Partners included StartRite, Learning Resources, Jaques Games, Deckchair Adventures and Grass and Air.

Novel’s four-time BAFTA-nominated Horrid Henry is one of the biggest children’s animated shows ever in the U.K. The fifth season is currently on air in the U.K., and Novel is in pre-production on a sixth series. The brand is at the heart of a successful licensing and merchandising programme and also includes film, stage, radio and online extensions.

The agreement with Netflix was made with Novel and VOD distributor The Movie Partnership.