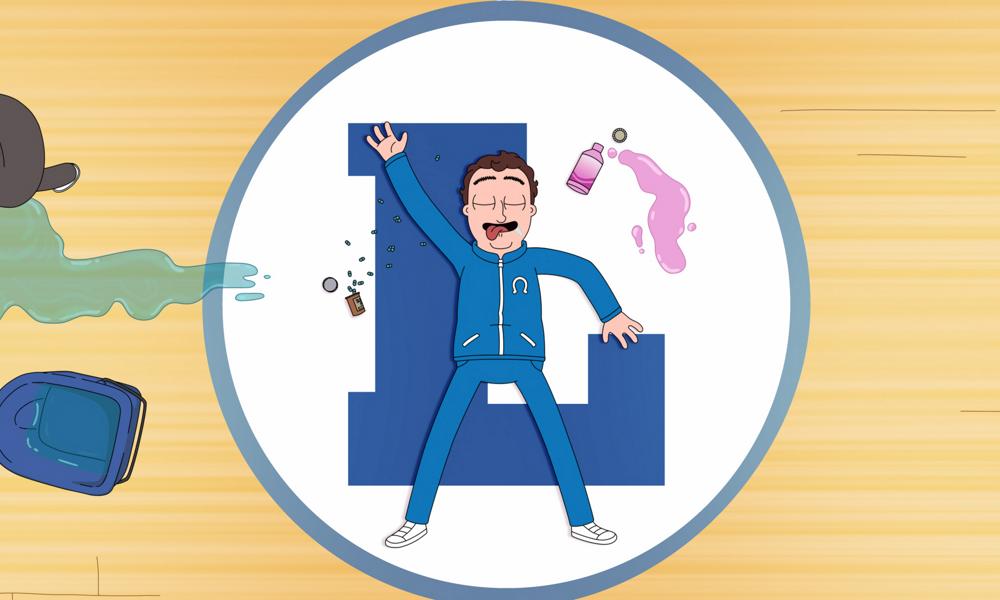 Did you hear there’s yet another adult animated show aiming to stretch the limits of what regular toons can get away with on regular TV? Yes! In August, Netflix is introducing a new addition to this fast-growing genre, created by actor/comedian/writer/country musician Ben Hoffman. This definitely-not-for-kids sitcom is about a frustrated (and very foul-mouthed) coach who has dreams of taking his failing high school basketball team to the big leagues. Netflix has just released the official trailer:

When we chatted with Hoffman earlier this month, he seemed to be quite ready for his show to hit the streaming service after five long years of working on development, writing and production of the project.

“About five years ago, I had my own TV show on Comedy Central (The Ben Show), but American told me that they didn’t want to see me on camera,” Hoffman recalls. “Instead of enjoying the fun and achievement of having my own show, I became frustrated and angry. Anyone who has worked in Hollywood knows that after a while, the career becomes about a set of wins and losses. It wasn’t really about enjoying the process.”

So, Hoffman, who has written for shows such as The Late Late Show with James Corden, Archer and Comedy Central Roast of James Franco, decided to go back to his roots and write about things that he really knows about. “I grew up in Kentucky where basketball is probably the biggest thing in the world, and I wanted to write a show about failure,” he explains. “I knew I didn’t want to write a show about a comedy writer, so instead, I chose a coach who only cares about wins or losses and not about the process of playing or being on a team.” 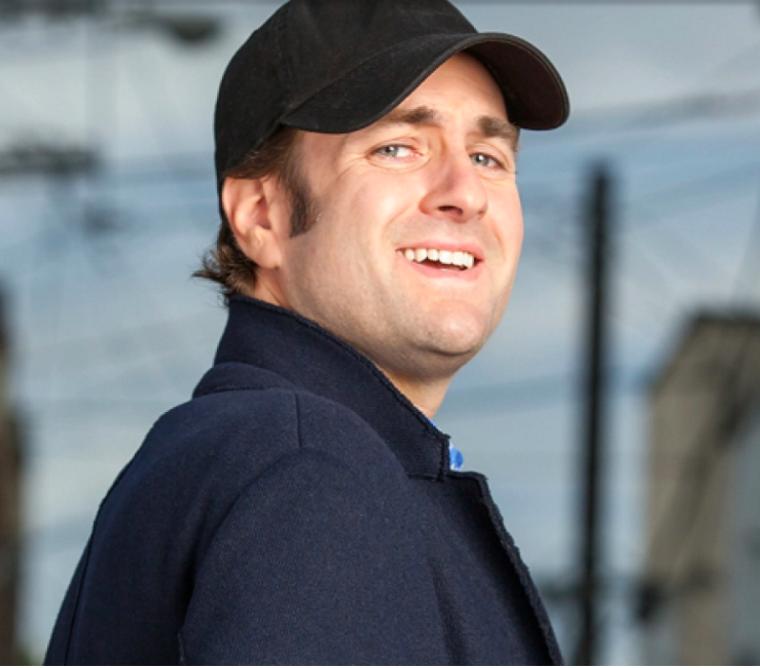 Getting Away with More

The comic says he knew that he could probably get away with a lot of more edgy humor if he developed his project as an animated show. Luckily he managed to get producer Seth Cohen (Bless the Harts) and Phil Lord and Chris Miller (Spider-Man: Into the Spider-Verse, The LEGO Movie, Cloudy with a Chance of Meatballs movies) to take a look at his script. “Phil and Chris have done so much amazing work that I have loved. Their show Last Man Standing is one of my favorite shows of the past 10 years. This was even before they did Spider-Verse.”

Picking an actor to do the voice for his main character, Coach Ben Hopkins, was a breeze. “Jake Johnson (New Girl) is an old friend of mine from way back,” says Hoffman. “I actually helped Jake get a commercial agent. I thought it would be easier to ask a friend to do it because he couldn’t say no to me! He is a very funny guy. He also did the voice of Peter Parker in Spider-Verse.”

Hoffman says he remembers the day Johnson came into the studio to do the voice recording. “He had to curse like a sailor, and he was wondering if even MTV would be able to air the show,” says Hoffman. “But I didn’t want to water it down or censor it to get the show on the air. We had originally created the show for MTV, but Bento Box and 21st Century Fox didn’t let it die. I heard that the head of Fox at the time, who is now the head of another network, said that our show was his favorite failed project.” 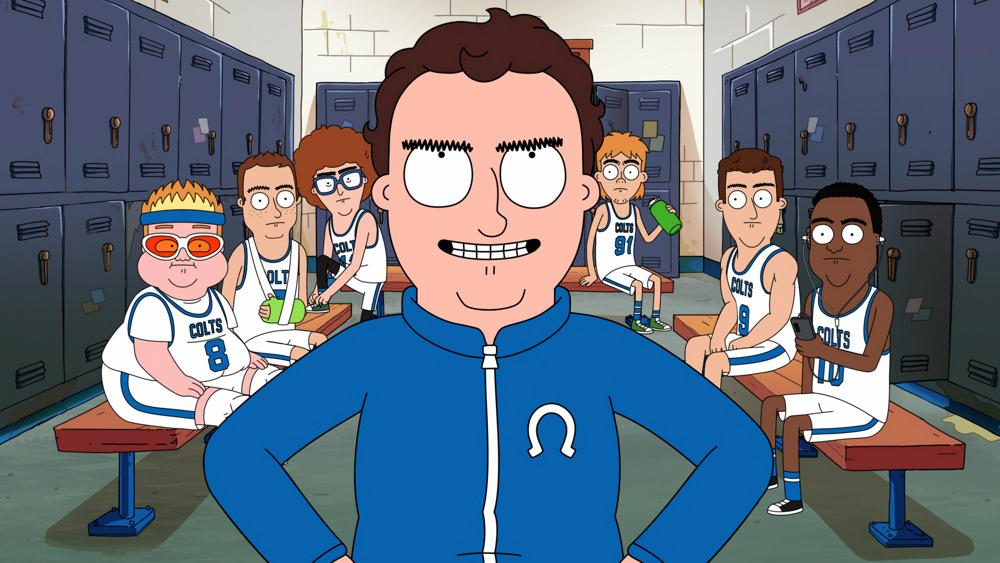 The language is definitely going to be salty. Hoffman says the goal was to have the show look and feel like a primetime Fox toon, but with dirtier language. “That’s what I loved about working with Bento Box, because they were able to give us a more mainstream primetime look, which allowed us to get away with a lot more and to be more shocking — in a good way!”

Hoffman gives credit to The Simpsons and its talented team of writers for changing the way he looked at TV. “Here was this show that George Bush hated, where a kid tells his parents to screw off and rides a skateboard,” he recalls. “There was this punk rock element about the show that I loved. I also love King of the Hill and Bob’s Burgers. I guess I tend to like more family-oriented shows … and in a way, our coach and his team are a big family, too.”

As the first season is poised to premiere on Netflix this month, Hoffman says he is happy that he was able to make the show he wanted to make. He concludes, “The goal was to be honest and raw: It doesn’t have to be dirty. Luckily, I work with a lot of smart people that I trust, who will tell me if I’ve gone too far!”

Hoops premieres on Netflix on August 21. 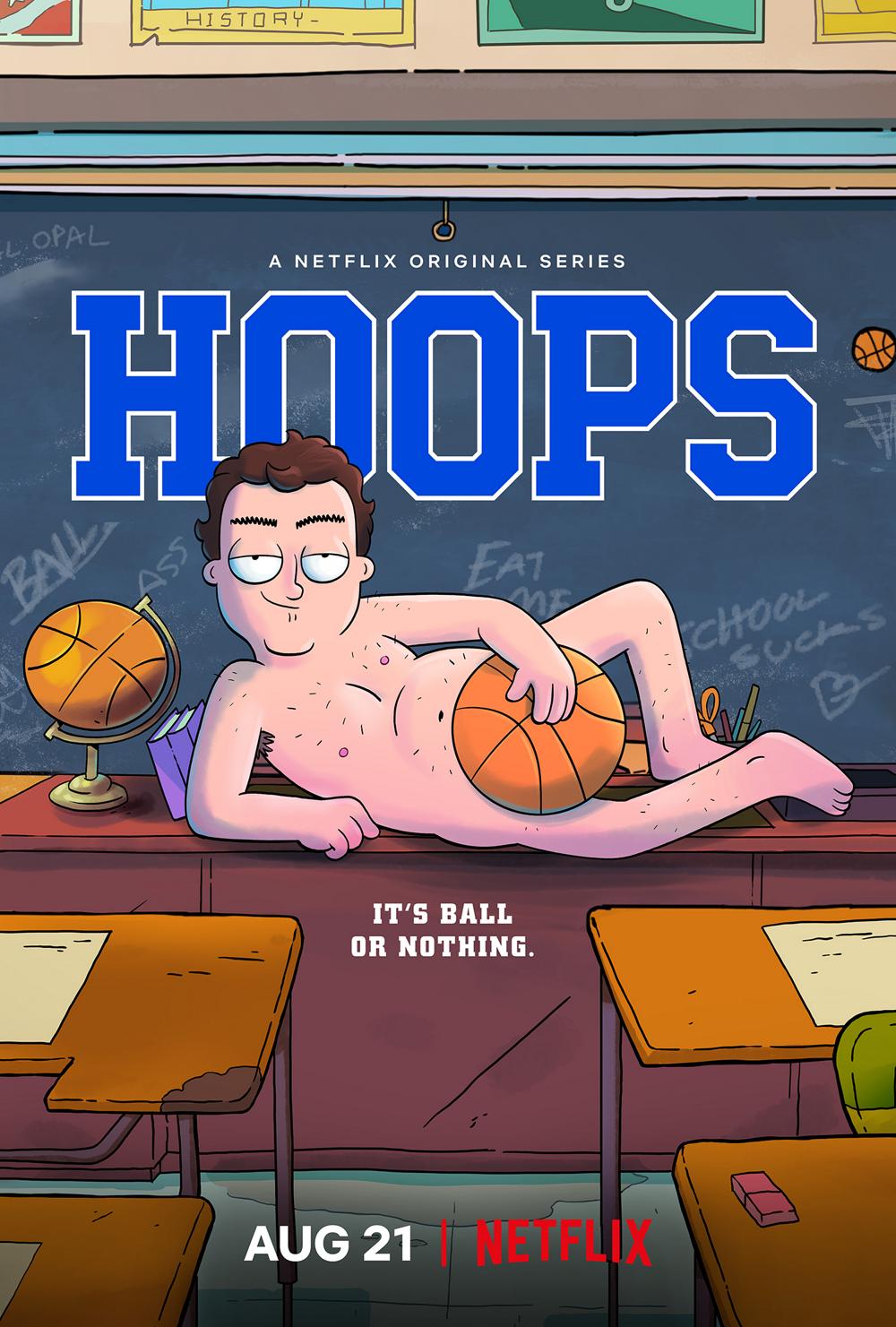 My Buddy, the Bloodsucker: Joann Sfar Uncloaks His ‘Little Vampire’ Movie
Exclusive Clip: ‘SamSam’ the Next Big Hero Rockets to Digital & On Demand