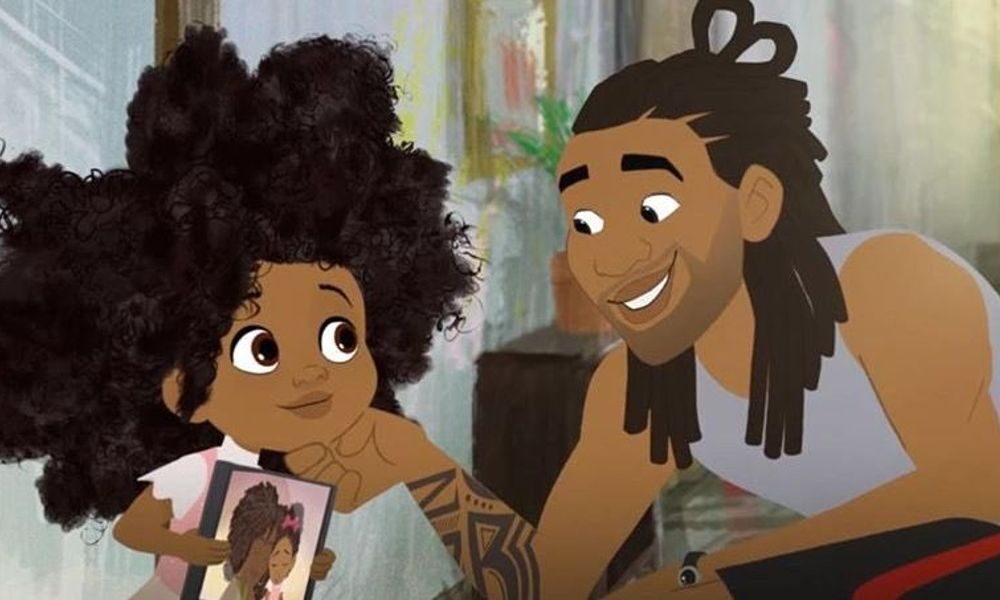 Hair Love, the heartfelt animated short film from director Matthew A. Cherry that focuses on the relationship between an African-American father, his daughter Zuri, and the most daunting task a father could ever come across – doing his daughter’s hair – is now available to view online.

Directed by Cherry (executive producer, BlacKkKlansman), Everett Downing Jr. (animator, Up, WALL·E) and Bruce W. Smith (creator, The Proud Family; animator, The Princess and the Frog), Hair Love is a collaboration with Sony Pictures Animation that was launched as a Kickstarter campaign in 2017 with a fundraising goal of $75,000. Strong support led to the campaign amassing nearly $300,000, making it the most highly-funded short film campaign in Kickstarter history.

The picture book Hair Love was released by Kokila Books/Penguin Random House releasing on May 14, 2019, and became a New York Times Bestseller.