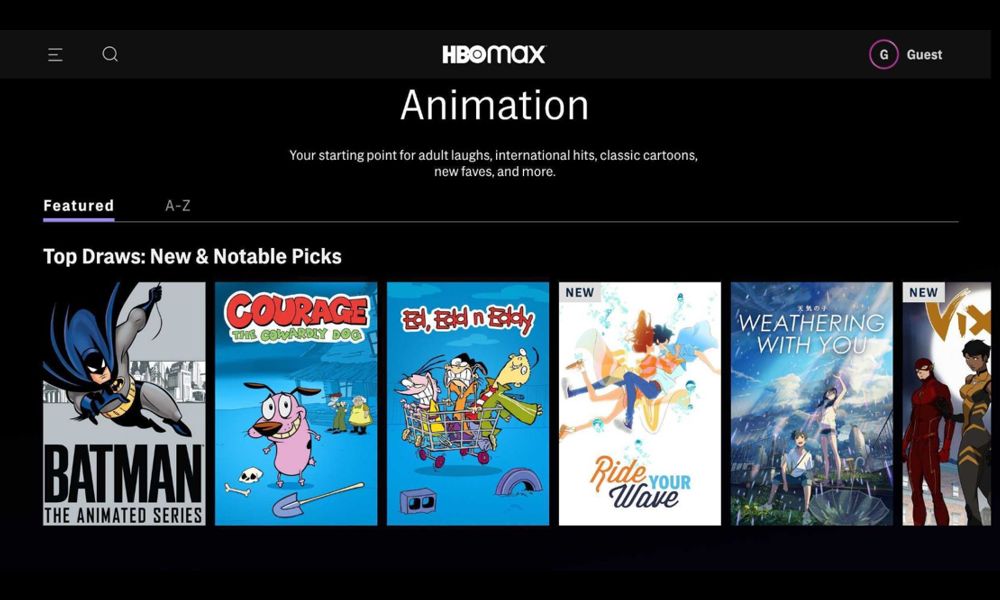 HBO Max is launching a new landing page today (Friday, Jan. 15) highlighting the best animated content available on the platform, from adult animation hits to classic cartoons from yesteryear. The page will celebrate HBO Max’s ever-growing animation library while also helping cartoon-lovers on the platform find their favorite content more easily. Since September, hubs for animation brands like Crunchyroll, Studio Ghibli, Looney Tunes, Cartoon Network and Adult Swim have seen monthly impressions grow by as much as 85% as users look for new animated content to explore.

HBO Max viewers will be able to access the page via the main navigation menu in-app under “Animation.” This new page will serve as a centralized place for grownup fans of animated content to discover series and films from the Adult Swim Collection, Studio Ghibli, Crunchyroll, Hanna-Barbera, Looney Tunes, the DC Animated Universe and other iconic animation brands. While some of the content may make viewers feel like kids again, HBO Max Kids profiles will not be able to access the page.

HBO Max is home to over a thousand hours of animated programming, including new and notable picks like South Park, Batman: The Animated Series, Courage the Cowardly Dog, Ed, Edd n’ Eddy, Weathering With You, Ride Your Wave, Vixen, Night Is Short, Walk On Girl, Promare, The Grim Adventures of Billy & Mandy, Batman Beyond and more to enjoy.

The Animation landing page is the perfect destination for adults looking for laughs, anime hits, classic cartoons, new favorites and more, with all curations intended for adults to watch. The page will consist of four subpages that will serve as their own spotlight pages, allowing for deeper, guided exploration of the platform’s robust library of animated titles: