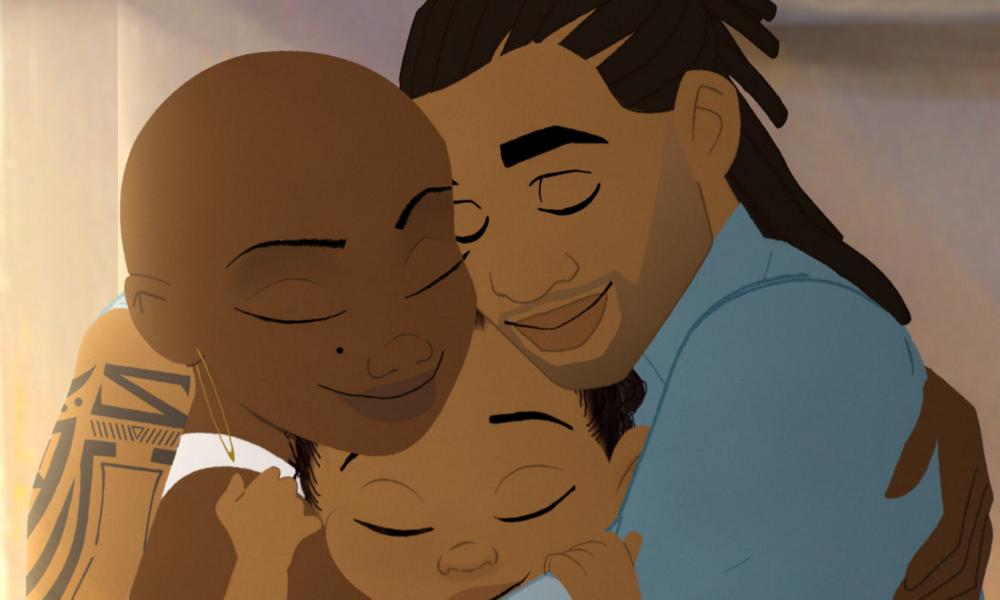 HBO Max has ordered a 12-episode season of the all-new, 2D animated series, Young Love, based on the characters introduced in the Academy Award-winning short film Hair Love from Oscar winner Matthew A. Cherry and Sony Pictures Animation. The new series is created by Cherry, who will serve as showrunner with long-time animation creative Carl Jones (The Boondocks, Black Dynamite). Executive producers are Blue Key Entertainment’s Monica A. Young (producer of Hair Love) along with Lion Forge Animation’s David Steward II and Carl Reed.

Hair Love centers around the relationship between an African-American father, his daughter Zuri, and the most daunting task a father could ever come across – doing his daughter’s hair for the first time. The short resonated with people everywhere, especially fathers who found themselves in similar situations.

The all-new animated series expands on the family introduced in Hair Love. Filled with comedy and heart, Young Love is an honest look into the world of the Young family – including millennial parents Stephen and Angela, their daughter Zuri and her pet cat Rocky – as they juggle their careers, marriage, parenthood, social issues and multi-generational dynamics all while striving to make a better life for themselves.

“Hair Love struck a chord that is still resonating deeply with audiences of all ages,” said Billy Wee, SVP, Original Animation, HBO Max. “Matthew and Sony Animation’s creative voices are a welcomed addition to the HBO Max family and we can’t wait to bring this joyous story to the world.”

“I am beyond excited to continue telling the story of Stephen, Angela and Zuri and further explore the family dynamics of a young Black millennial family we established in our short film Hair Love as an animated series,” said Cherry. “Couldn’t ask for better partners in Sony Pictures Animation and HBO Max in helping us get Young Love out to the world.”

Said Karen Rupert Toliver, EVP of creative for Sony Pictures Animation and Oscar-winning producer of Hair Love, “It’s a privilege to continue our partnership with Matthew Cherry, who has a gift for tapping into meaningful stories that touch our hearts. I personally can’t wait to collectively laugh and cry with the Young family.”