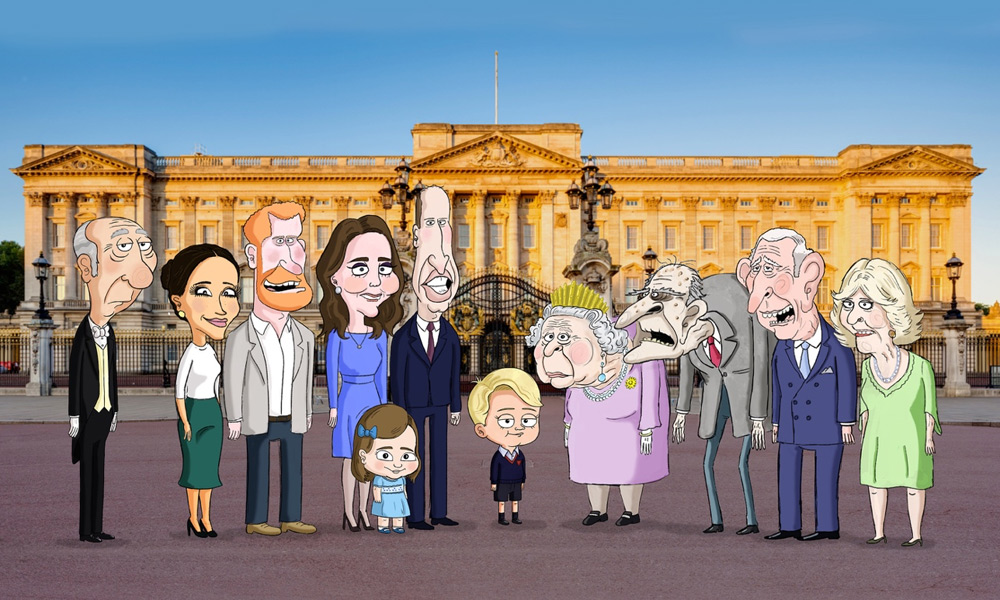 WarnerMedia streamer HBO Max is halting the royal procession of writer-producer Gary Janetti’s British monarchy satire The Prince due to the death at age 99 of Queen Elizabeth II’s consort Prince Philip on April 9, according to The Hollywood Reporter. Just days before the Duke of Edinburgh’s death, Janetti had teased that the animated comedy was “coming soon” on his Instagram feed, which spawned the project.

Prince Philip is portrayed in the toon’s character designs as hunched and decrepit, and was set to be voiced by Dan Stevens (Earwig and the Witch, Kipo and the Age of Wonderbeasts, Downton Abbey). The streamer is opting to not rub an unflattering take in the faces of those grieving at this time. An HBO Max rep told THR: “We were saddened to learn of Prince Philip’s passing and will adjust plans for the series debut. A new date will be announced at a later time.”

The Prince is billed as a biting, satirical look at the life of Prince George of Cambridge (voiced by Janetti), the eldest child of Prince William and Duchess Catherine and the third-in-line heir to the British throne, as he navigates the trials and tribulations of being a royal child. Because his succession isn’t coming any time soon, in each episode the Future King of England will find his path in life as a young prince in modern times – from the 775 rooms of Buckingham Palace to his family’s sea of corgis to primary school with commoners.

The Thinklab, Kapers Reveal First Look at Insect Murder-Mystery ‘Inspector Sun and the Curse of the Black Widow’
Animayo 2021 Celebrates ‘Art of Resilience’ in Virtual Program