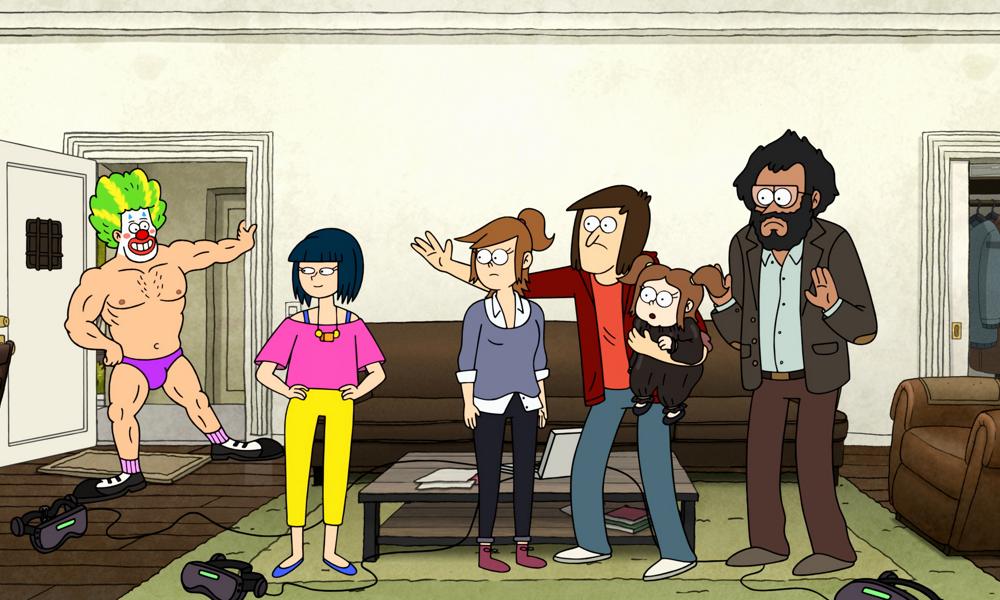 Close Enough, the new adult-targeted sitcom with a surreal twist from Regular Show creator JG Quintel, finally drops on HBO Max on Thursday, July 9. Ahead of the debut, the streamer has unveiled the official trailer — which promises all the awkward “oof” laughs you’d expect from a sendup of young family life, with a spicy soupçon of sex, domestic chaos, and the occasional stripper clown.

Read more about the show in Ramin Zahed’s interview with Quintel from the June-July issue of Animation Magazine here!

Synopsis: From JG Quintel, creator of the Emmy Award-winning Regular Show comes Close Enough, a surreal animated comedy about a married couple, their five-year-old daughter, and their two divorced best friends/roommates all living together on the east side of Los Angeles. They’re navigating that transitional time in your 30s when life is about growing up, but not growing old. It’s about juggling work, kids, and pursuing your dreams, while avoiding time-traveling snails, stripper clowns and murderous mannequins. Their life may not be ideal but for now, it’s close enough.

Close Enough is created by Quintel and produced by Cartoon Network Studios.