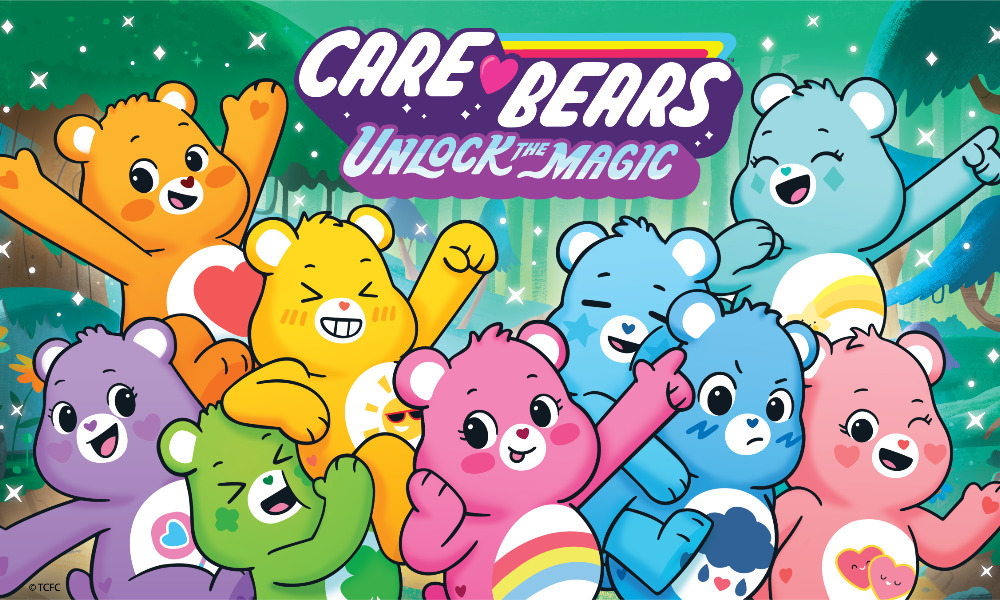 “Speaking for everyone in Care-a-Lot, we’re excited to bring more joy, magic, adventure, and discovery of Care Bears: Unlock the Magic — as well as the occasional ‘Care Bear Stare’ — to HBO Max and Cartoon Network with these new specials,” said Sean Gorman, President, Cloudco Entertainment.

Produced by Cloudco Entertainment, Care Bears: Unlock the Magic follows Cheer Bear, Grumpy Bear, Good Luck Bear, Funshine Bear and Share Bear and many others as they embark on a new adventure from Care-A-Lot to the Silver Lining, a beautiful exotic world inhabited by the Whiffles, a group of innocently happy creatures that plant seeds to keep the magical land of Care-A-Lot growing. Throughout the series, the Care Bears use their belly badge powers to spread messages of sharing, caring, friendship, and courage while making sure to have lots of laughs along the way.

Each new special will be tied to a bigger “mini-movie” moment or theme that raises the stakes for the Care Bears and their compatriots in and around Care-A-Lot. Similar to season 1, the specials will also align with Cartoonito’s Humancentric Learning Framework — an educational philosophy that helps young viewers become the best version of themselves — by teaching preschoolers about kindness and friendship.

The Unlock the Magic look has also been integrated into Care Bears-themed merchandise globally, in celebration of the property’s 40th anniversary, taking place throughout 2022.

Care Bears’ relaunch of Care Bears toys with new master toy partner, Basic Fun!, rolled out at Walmart.com in late 2019 and has experienced great global success in-store at Walmart and Target as well as Amazon.com and a number of other online and brick and mortar retailers across the U.S., U.K. and Canada. New Care Bears’ characters such as Togetherness Bear and I Care Bear have hit top sellers’ lists, with Togetherness Bear being the #2 best-selling girls’ toy at both Walmart.com and Walmart for the month of June 2021.