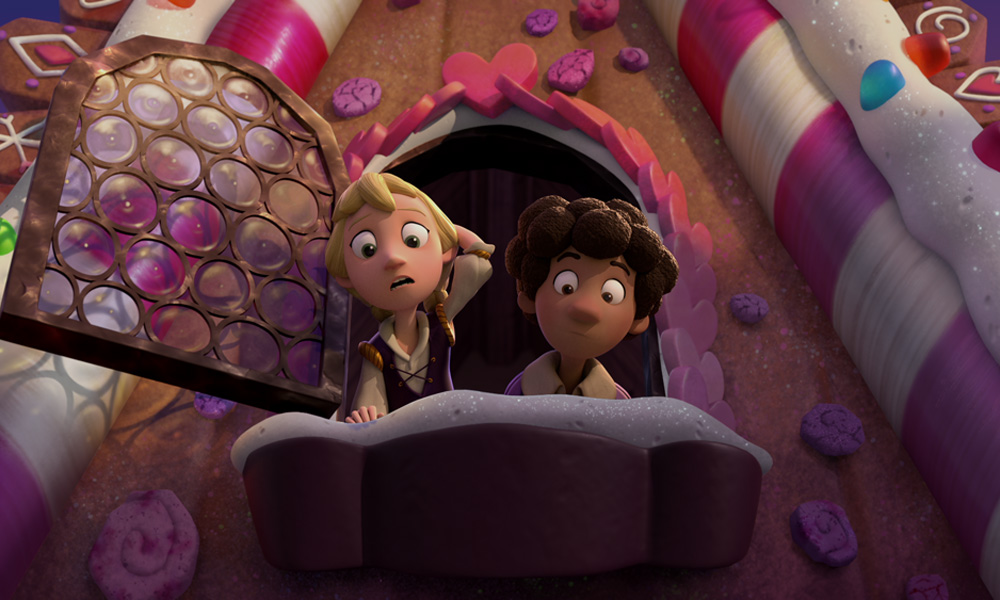 Fans of hilarious takes on twisted European fairy tales will be able to enjoy the new animated series A Take Dark & Grimm on Netflix this month. The highly entertaining 10 x 26-minute show, which is based on Adam Gidwitz’s best-selling books, follows the adventures of Hansel and Gretel as they meet witches, warlocks, dragons and yes, even the devil. 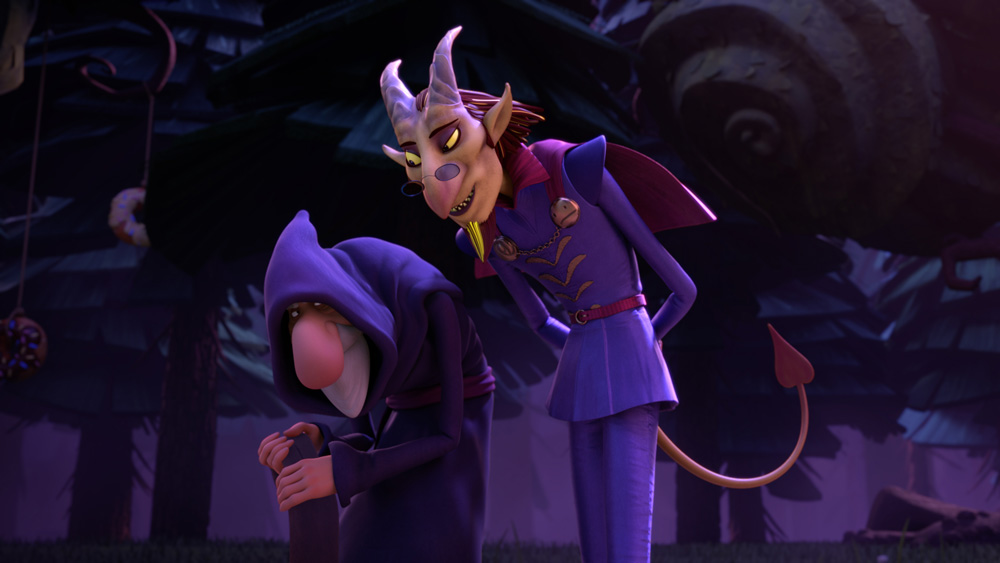 Industry veteran Simon Otto (Trollhunters: Tales of Arcadia), who was head of character animation on DreamWorks’ How to Train Your Dragon trilogy, serves as supervising director and executive producer on the series. “I was approached by Chris Henderson at Astro-Nomical, who asked me to give him my thoughts on Adam Gidwitz’s novel in 2019,” he recalls. “I loved it, so I immediately started listening to his audio series Grimm, Grimmer, Grimmest and my whole family got drawn into it. We became instant fans. Chris Henderson and the team at Novo Media, led by David Henrie, very quickly brought a really cracking team together along with Adam Gidwitz, Peter de Sève, Richie Chavez and many more, and we started developing a really great pitch for it.”

Boat Rocker’s exec VP of kids & family content Bob Higgins was blown away by the entertaining pitch. “David, Simon and Chris pitched out the book and their vision for this epic hero’s journey of Hansel and Gretel and their desire to walk a very fine line of ‘scare not scar!’ I was hooked. Boat Rocker came on board to manage the production and brought in our amazing team at Jam Filled to support the A-plus artists in L.A. and we set it up at Netflix.” 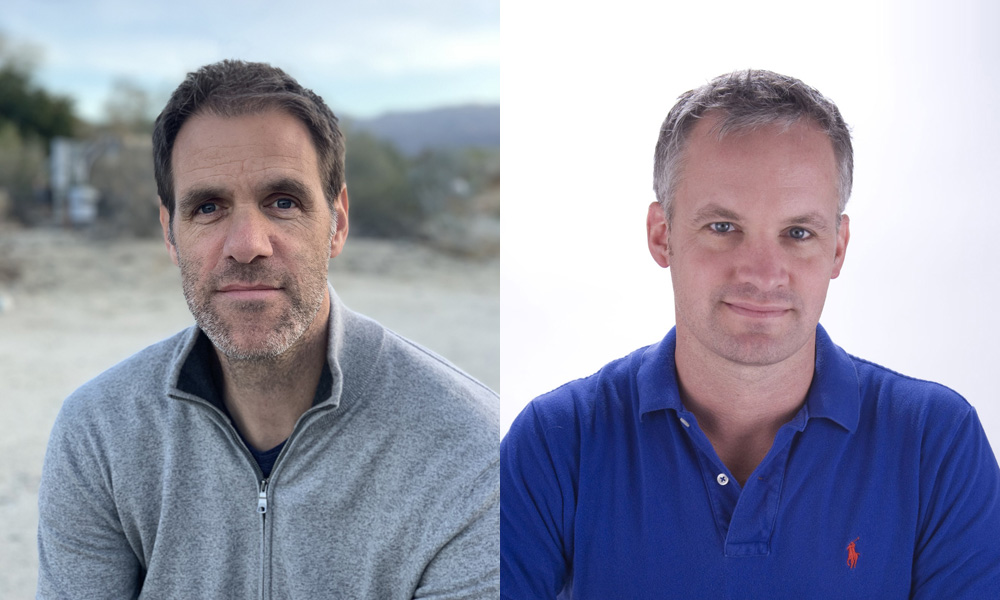 A Sprinkle of Old World Magic

Otto says Gidwitz’s books reminded him of the fairy tales he used to read as a kid back in Switzerland. “I remember feeling that there was something very dark, unsettling and often sad about how stories were told in those olden days,” he notes. “But you felt that pull because they spoke to very deeply rooted inner fears and desires that you don’t know how to deal with as a child. The way Adam calls out absurdities and warns the reader about the violence that’s about to unfold via the narration and through humor makes his books very accessible and fun to experience. It was a really creative challenge to find ways to express that in the language of animation.”

Adds Higgins, “I love how Adam Gidwitz took existing stories and characters that ‘we all know’ and mashed them together and twisted them into something completely original. The iconic elements are there (like Mrs. Baker’s cottage or the Seven Swallows) but the overall narrative is new and complex and funny and epic. And our writing team, headed up by Doug Langdale, took Adam’s text and rearranged it into 10 perfectly paced half-hours that feel like you’re on a Brothers Grimm thrill ride!” 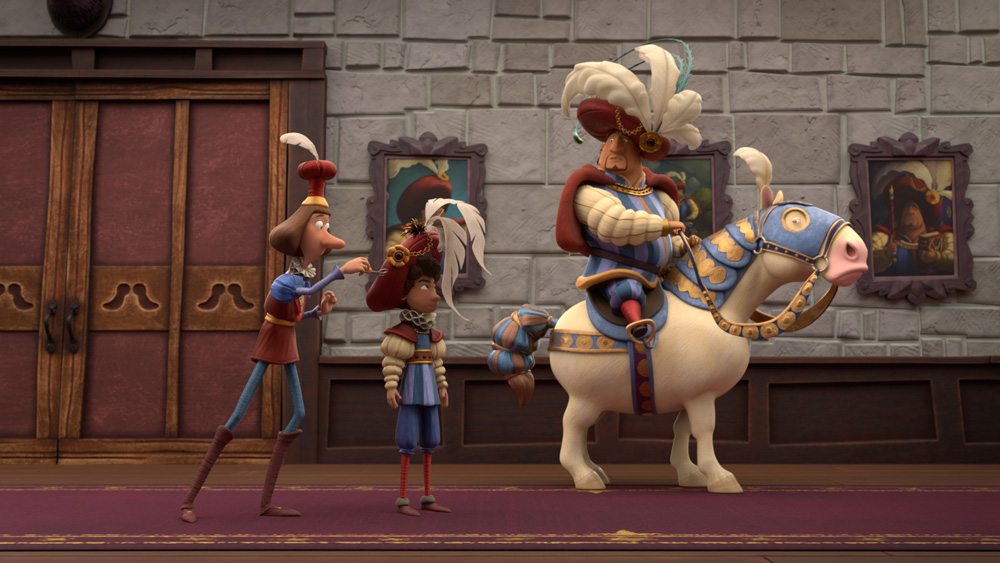 The show’s animation was produced at Jam Filled in Toronto under the guidance of Higgins and Audrey Velichka. “I was working out of my home in L.A., so we needed a really experienced episodic director in the time zone of where the production took place,” says Otto. “Jamie Whitney really ran the show creatively and was the person that really brought this all to life with his team at Jam Filled. There are a great number of unsung heroes who managed to pull this off during a worldwide lockdown. The pandemic shut everything down right after we had our last writers’ room meeting. I remember sending Adam Gidwitz off to the airport the Thursday before my kid’s school was closed!”

As Higgins points out, “Everything outside of the pilot script was written, designed, boarded, recorded, etc. from home with artists and actors all over the world. When you see it all together, it’s quite miraculous to think that nobody working on the series spent any time in the same room together throughout the production (unless you count a Zoom room as a real place)!”

According to Otto, the show’s CG asset creation and animation were primarily done in Maya with some additional tools for specific tasks. He adds, “There’s quite a bit of 2D animation and compositing done on the show, and that was done in Harmony.” 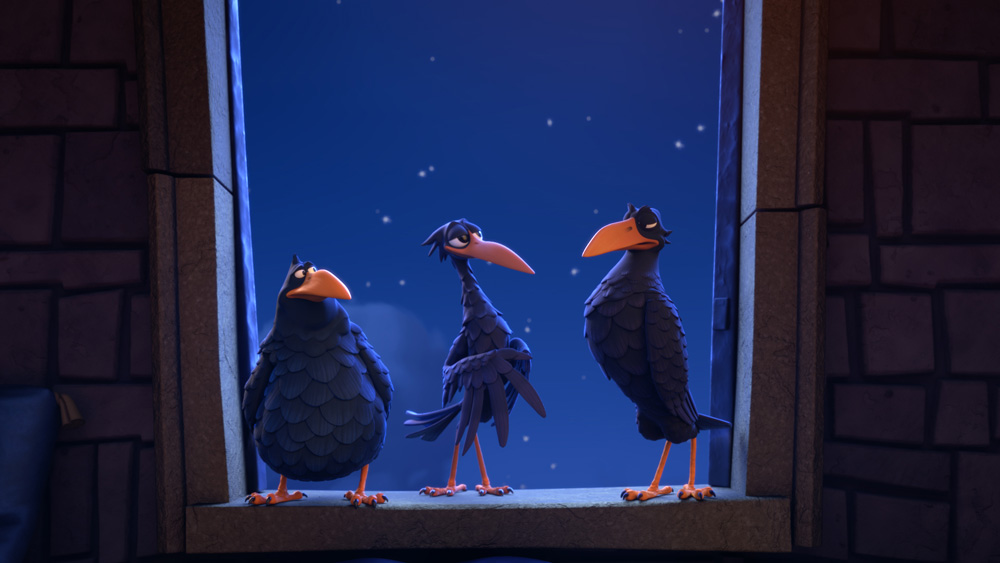 One of the big tasks was replacing the human narrator of the books with the show’s ravens, who only played a small role originally. “We wanted them to be unreliable storytellers, making mistakes and correcting each other,” Otto explains. “We believed that would be a lot of fun and also gave us freedom to tackle the vast backdrop in a variety of ways. There is always an element of 2D in the background, but we vary how close to the camera it is, depending on the moment. It’s essentially a road movie and almost every episode takes place in a new environment.”

cranked up and cranked down depending on the level of dramatic believability required. “We’re essentially living out this story on an imaginary theater stage inside the raven’s memory and fantasy,” notes Otto. “Therefore, backgrounds drop off like a cardboard wall or a 2D moon gets lowered into frame like you would in a play. All this served another really key element, which is that we needed a way to switch styles at critical moments — such as a beheading or a warlock removing a human soul — in order to not cross the line of what would be too disturbing!” 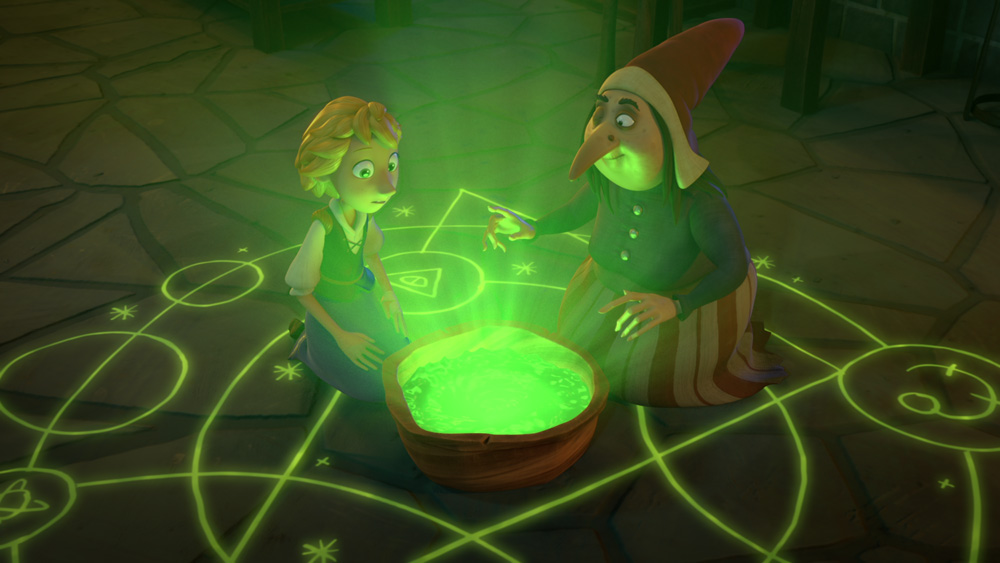 The fact that Gidwitz was along for the ride from day one was a huge asset. “He is obviously a real expert in the field, and he gave all of us a lot of really valuable insight,” says Otto. “Also, our head writer, Doug Langdale (The Adventures of Puss in Boots, The Book of Life, Maya and the Three) had studied the Grimm fairy tales quite extensively himself, which, beyond his vast experience as a lead writer, made him an even more natural fit for taking on this double adaptation job.”

As Gidwitz himself points out, “There are all these unique, iconic moments — like when the stars give the kids a chicken bone to be used as a key to open the Crystal Mountain — that I adapted from obscure Grimm fairy tales for my novel. I remember finding these things, and figuring out how to retell them for my book over a decade ago, when I was a working teacher, living in a Brooklyn studio apartment, writing at night after my teaching day was done. Now to see all these unforgettable moments on screen, scripted by hilarious writers, designed and realized by these incredible directors and artists — it quite literally makes me dizzy. I feel like I’m going to fall over!” 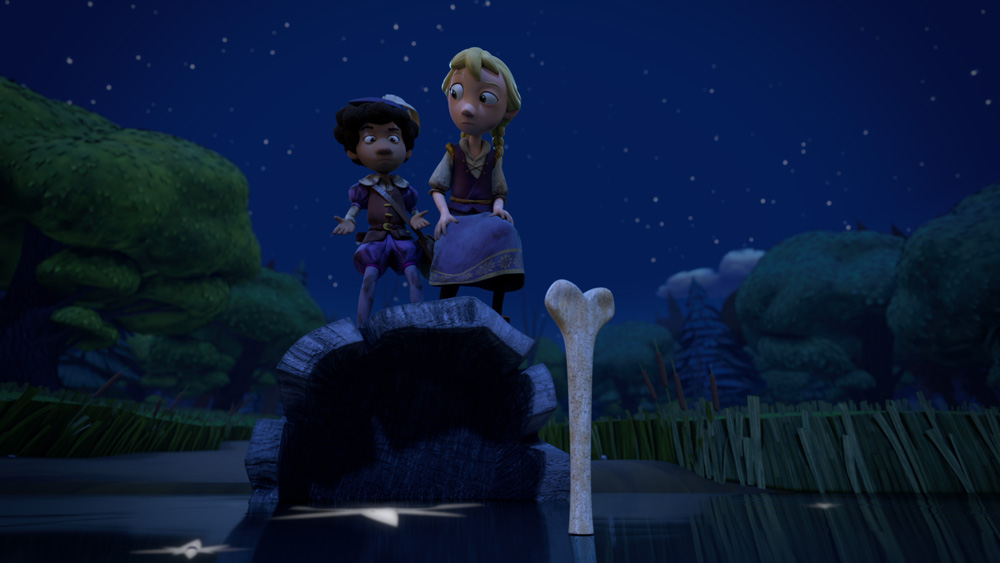 The author believes that all good family entertainment tries to take care of children, to make them smarter or better equipped for the world — or just a little more joyful. He adds, “A Tale Dark & Grimm takes care of children in a radically different way. It explores their darker emotions — their fears; the resentments, the feelings they don’t even want to talk about — and it makes those feelings okay. It shows kids, through laughter and through the magic of fairy tales, that you can have those complicated emotions and still be a good person, still be a hero, still love your family. In the end, the show is about the fact that being angry at your parents doesn’t make you love them any less: It’s part of loving them. I think the way we use laughs and real fairy tales to explore those emotions makes A Tale Dark & Grimm very special, and very important.”

The show’s executive producer Chris Henderson (Clifford’s Really Big Movie, The Legend of Secret Pass) says he loves how the episodic nature of the book translated into the serialized format. “That works so well for Netflix and it was such a seamless transition from the book to the screen. I’m hopeful fans of the book will appreciate how we handled it. It’s been our goal from the start to create a show that parents and their kids would equally love, that has a sophisticated story, and a quality and style that parents will love, and is safe, entertaining and full of laughs for the children.” 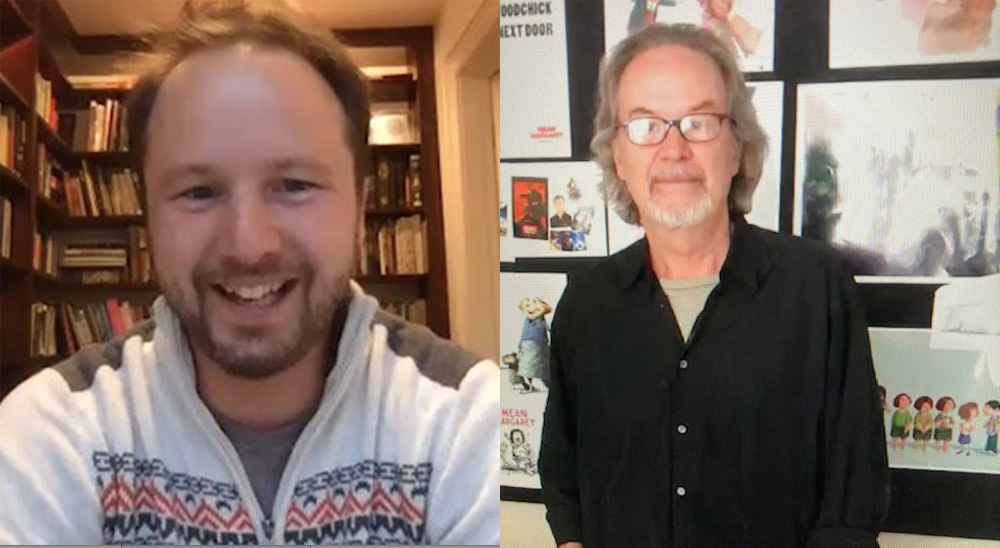 On a visual level, the team was inspired by the works of legendary animation pioneer Lotte Reiniger, Disney classics like Sleeping Beauty and Magic Light’s Revolting Rhymes shorts.

“Richie Chavez, our production designer, during development brought a lot of references from classic Central European art of the Grimm era into the process and then synthesized it all into a coherent look. Jam Filled’s art department, led by Tom Pajdlhauser, took what we had developed and ran with it.”

Otto says overall, getting the tone right was one of the main challenges of the production. “We needed to dramatize and visualize certain aspects, like the narrator for example,” he says. “We wanted to do this in a way that takes advantage of the medium, while still giving the viewers the thrills that are so successful in the books. So, the ingredients were different, but we still wanted to give the audience the key flavors of Adam Gidwitz’s world. 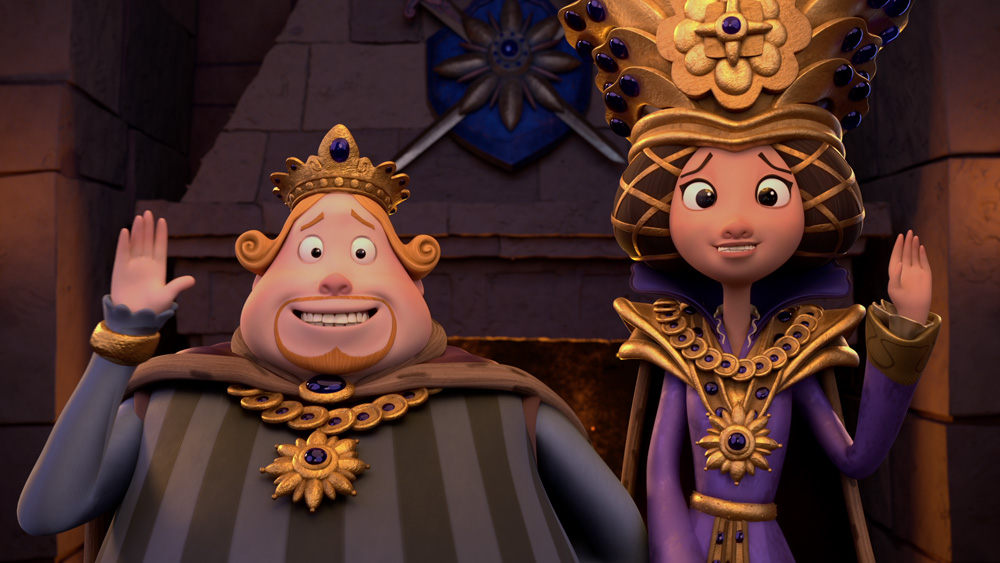 Bingeing Happily Ever After

Now that young viewers will unwrap their big animated gift this month, the creative team is hoping that they’ll enjoy the fun ride. “I want them to be exhausted after bingeing this four-plus-hour journey all in one night!” says Higgins with a smile. “This is a series, but it plays like a feature story, and it’s full of comedy, horror, intrigue, sacrifice and heart. I really hope audiences can’t stop watching until the end. I showed the first couple of episodes to my own 20-something kids and my six- and eight-year-old nephews. They all collectively loved it and clamored to know what happened next (but we were still in heavy post on the remaining episodes, so they need to wait until October 8 to find out). I hope that same audience experience is replicated in Netflix homes around the world!”

“Most of all, we want the audience to laugh, hope and cry along with our characters,” says Otto. “It’s a show that is meant to bring families together and share an experience. And maybe along the way, be reminded that it’s okay to be a flawed family, to not be perfect, but to be there for each other. We all have to take pause in our lives and try to understand each other’s actions. That’s what the show is about.”

A Tale Dark & Grimm premieres on Netflix on October 8.