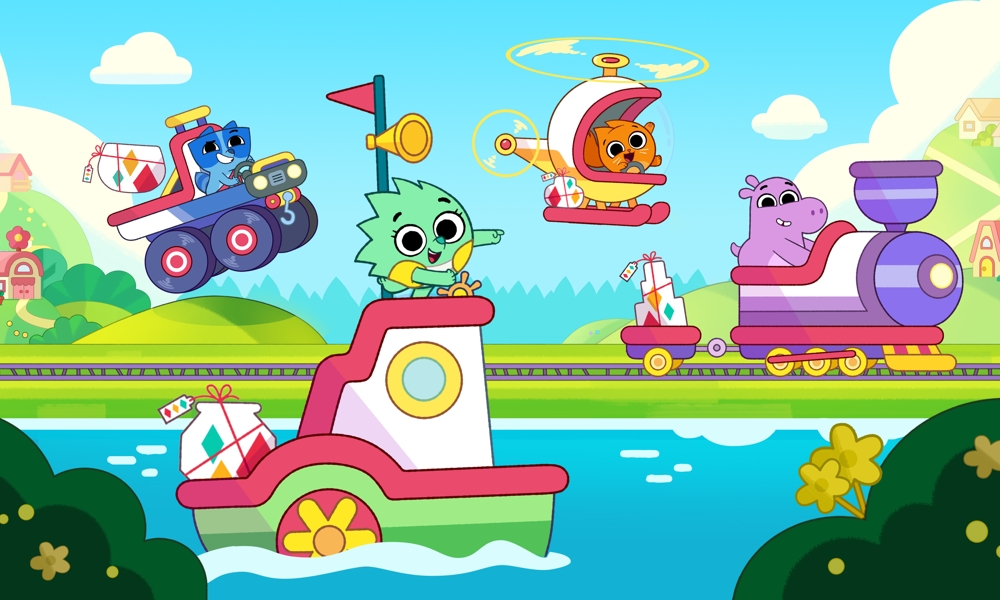 Following its successful launch on Disney Junior U.S., Pikwik Pack is set to launch on streaming service Hulu starting May 4. Produced by animation powerhouse Guru Studio, the series follows four adorable animal friends as they work together to deliver magical surprises to the kind citizens of their bustling town.

The show debuted on Disney Junior U.S. late last year and is a top rated property on the channel. In Canada, Pikwik Pack is #1 on Treehouse in its time slot with more linear networks set to launch later this year such as Super RTL in Germany, Canal Panda in Portugal, HOP in Israel and Minimini+ in Poland.

“Pikwik Pack’s message of working together and sharing joy with those in our community is really resonating with families right now,” said Frank Falcone, President and Executive Creative Director at Guru Studio. “Launching to Hulu subscribers is one more way for kids to enjoy these loveable characters.”

The first half of Season 1 will be available to stream on May 4, with more episodes launching later in 2021.

A full line of figures, vehicles, plush and collectibles is currently being developed by Playmates Toys, and a range of books by Scholastic is set to debut next year.

Pikwik Pack follows Suki the brave hedgehog, along with Axel the go-getter raccoon, Tibor the reliable hippo and Hazel the silly cat, as they travel together by land, sea and air to bring packages of joy to their neighbors. Whether it’s a telescope, birthday gift or even a snow-cone – young viewers will learn gentle life lessons about the importance of community, responsibility and working as a team to accomplish a common goal.