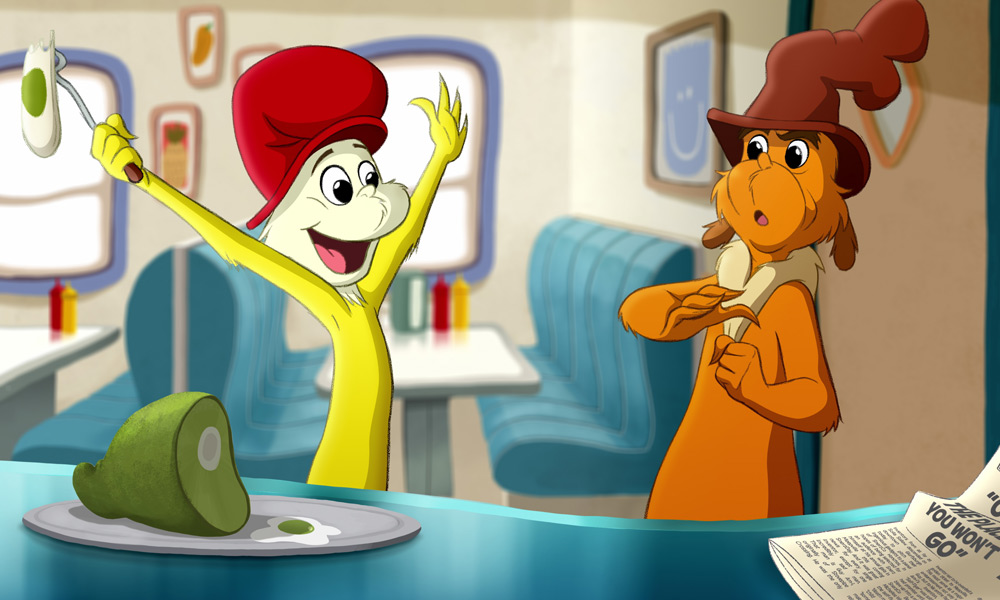 The hugely loved children’s books of Dr. Seuss (the late Theodor Geisel) have inspired numerous shorts, TV specials, series and feature adaptations. Just last year, Universal/Illumination’s movie about the origins of The Grinch made over $511.6 million worldwide. This month, fans of the good doctor can enjoy a beautifully crafted Warner Bros. Animation/Netflix adaptation of his 1960 book Green Eggs and Ham, which has sold over 8 million copies worldwide.

By many standards, this 13-half-hours adaptation has to be a record-breaking achievement, since it manages to expand upon a source material that is about 50 words long. (In 1973, the book along with The Sneetches and The Zax also inspired the DePatie-Freleng TV special Dr. Seuss on the Loose.) Opening up the story, the series finds Sam I Am (voiced by Adam Devine) rescuing the rare Chickeraffe from the Glurfsburg Zoo and hiding it in his briefcase. That’s when he accidentally switches his briefcase with grumpy inventor Guy Am I (Michael Douglas), and then crosses paths with overprotective mom Michellee (Diane Keaton) and her daughter EB (Ilana Glazer), who falls madly in love with the Chickeraffe!

We also have to mention that they’re pursued by a nefarious bounty hunter, Goat (John Turturro), two professional bad guys (Jeffrey Wright and Jillian Bell) and Snerz (Eddie Izzard), a tiny evil overlord who’s also out to get the Chickeraffe! There’s also Fox (Tracy Morgan), who is torn by his love for a chicken and her tasty green eggs; revolutionary, cheese-loving Mouse (Daveed Diggs); and a rhyming narrator (of course), voiced by Keegan-Michael Key. 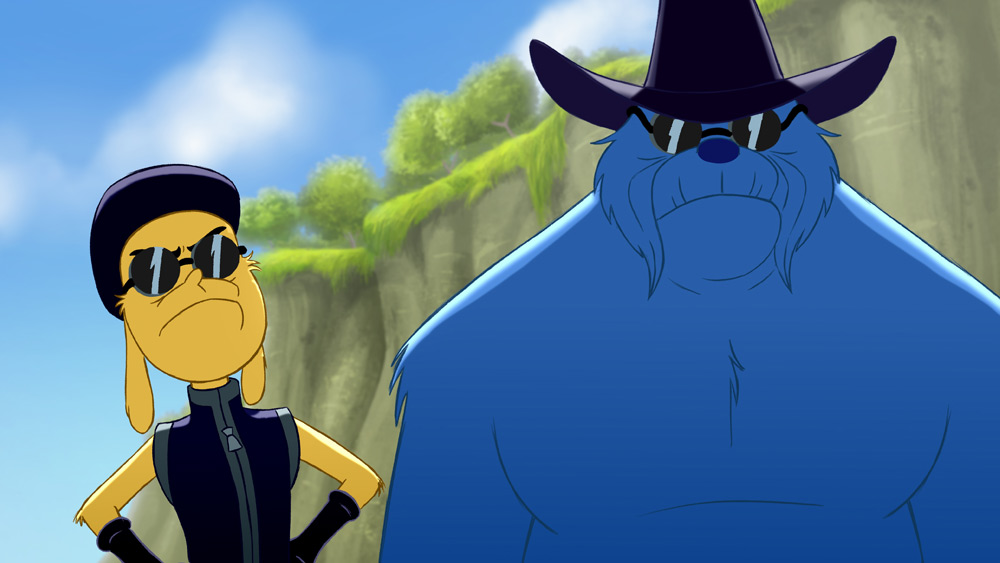 The show’s exec producer Jared Stern says he remembers the book fondly ,since it was one of his favorites when he was a boy and his grandmother used to read it to him, and he used to read it back to her. “Dr. Seuss created these books to help children books,” he says. “The Cat in the Hat was the first one, and its success led to all the others. When I re-read the book, I was immediately struck by the fact that it was a great buddy story, with the grumpy guy who is closed off to things and the silly character who is open and playful. It also worked as a road trip story — ‘I won’t eat it on the boat, car, etc.’ Just like Planes, Trains and Automobiles and Midnight Run, which I loved. So, we used the book as a jumping off point. We visit lots of locations and meet lots of interesting, colorful characters.” 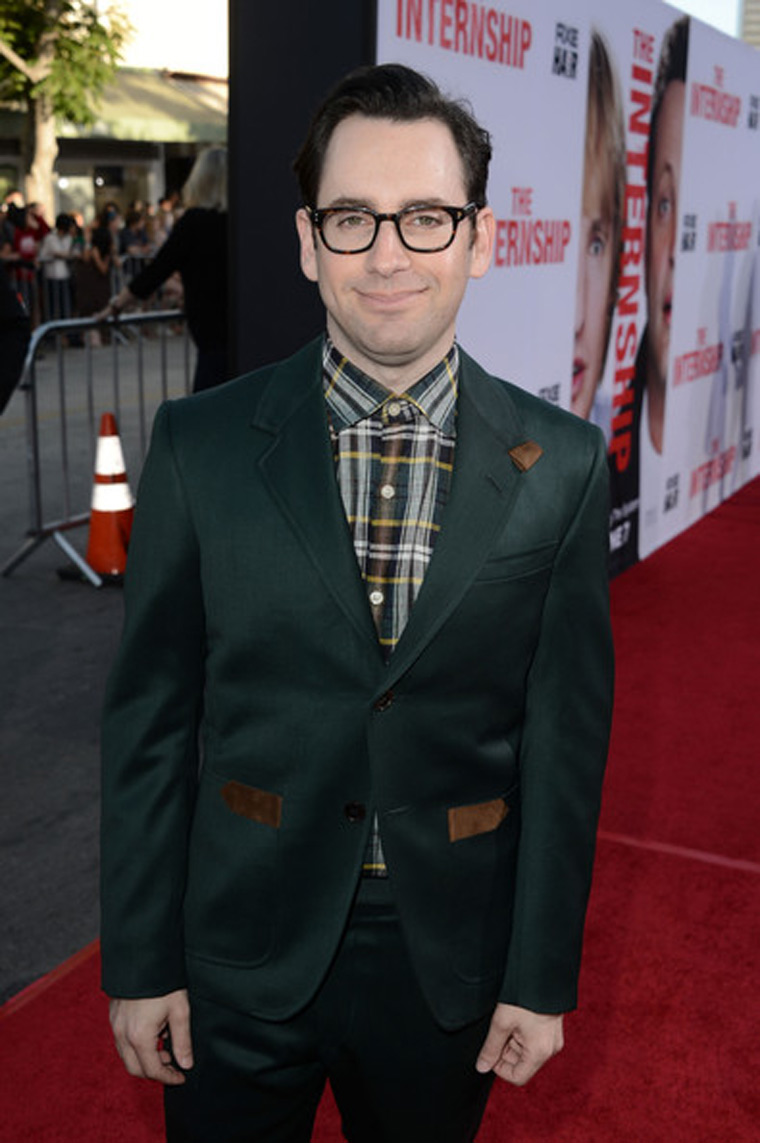 Stern, who began his career at Disney Features and worked on Wreck-It-Ralph and wrote the screenplays for Mr. Popper’s Penguins, The LEGO Batman Movie, The LEGO Ninjago Movie and exec produced the animated features Storks and Smallfoot, began working on the project almost 10 years ago. Eventually, the project came to the attention of exec producer Ellen DeGeneres and Netflix became interested. “We put together a pitch that only highlighted three episodes of the show, but they told us they wanted to buy a whole season,” recalls Stern.

Of course, Stern and his team needed the approval of the Seuss estate, so he created huge foam-core poster boards and drove to the late Audrey Geisel’s home in La Jolla to pitch the show to her in person. “I pitched the show to her in Dr. Seuss’ old office, which has a panoramic view of the ocean,” recalls Stern. “I could see these unique curvy tree with floppy leaves from the window, which I thought looked like a perfect Dr. Seuss tree. Audrey was in her 90s at the time, so I gave her the 20-minute version of the pitch, and she said, ‘Wow, you really did it!’ and gave us her blessing. That was about four years ago and that’s how we began our journey.” 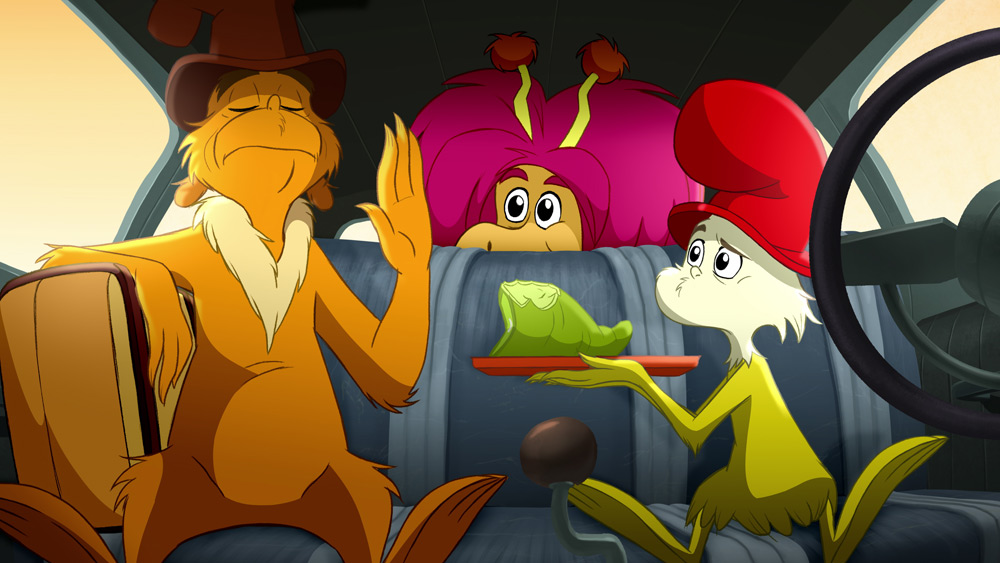 Stern says he knew that he wanted the show to have a high-quality hand-drawn look to it. “We had a five-and-a-half-hour project on our hand, but we wanted a high level of production value. So that’s why it took a while,” he notes. “We have an amazing crew in Los Angeles, as well as production teams at Snipple (The Philippines), Tonic DNA (Montreal) and Yowza Animation (Toronto). The animation is done using Toon Boom Harmony 14. The show would go from script to storyboard, and then we would do scratch voices and create the reel. Then, we’d watch it and get notes, share with the producers, and iterate at least once per episode. Our story artists were the best, since they mix storytelling, comedy and emotion, and they can draw.”

Sterns says it has been amazing to see the 13 episodes of the show come to animated life to stream in 190 countries. “It’s the work of hundreds of people, and it’s quite intimidating because it takes so many people devoting so much of their lives to bring it all to fruition,” he notes. “You put your all into it. Then it comes back and gets so much better than what you had envisioned in your head.”

The writer and exec producer says he loves the show’s tone and vibe. “There’s a sweetness to it that I really like. It’s funny, silly and whimsical, and hopefully our show stays true to the essence of a Seuss book.” 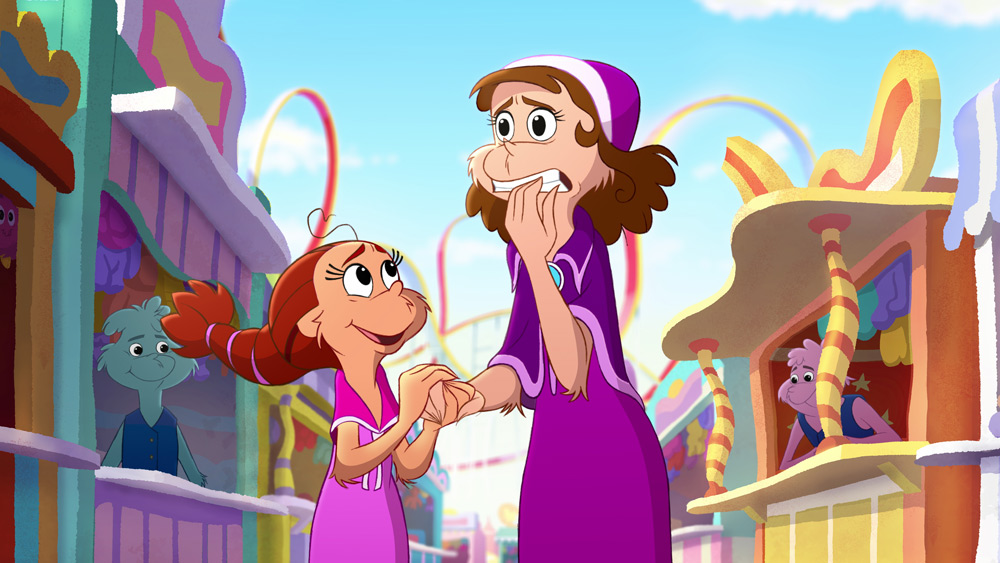 Stern, who also worked on Disney’s Princess and the Frog, says he has equal affection for 2D and CG animation. “I don’t think one is better or worse than the other. I loved Spider-Man: Into the Spider-Verse, which had this great graphic style,” he explains. “But I also love 2D animation, which has a unique, wonderful feel to it. In terms of American family entertainment for broad audiences, we haven’t seen much 2D animation in the past 10 years, so we were excited to bring it back. It just felt right to do Dr. Seuss in 2D, although there have been some great CG feature adaptations done in recent years, too. The books lend themselves to 2D very well. I think our particular challenge was to keep the essence of the book’s illustrations and then give them a bit more richness.” 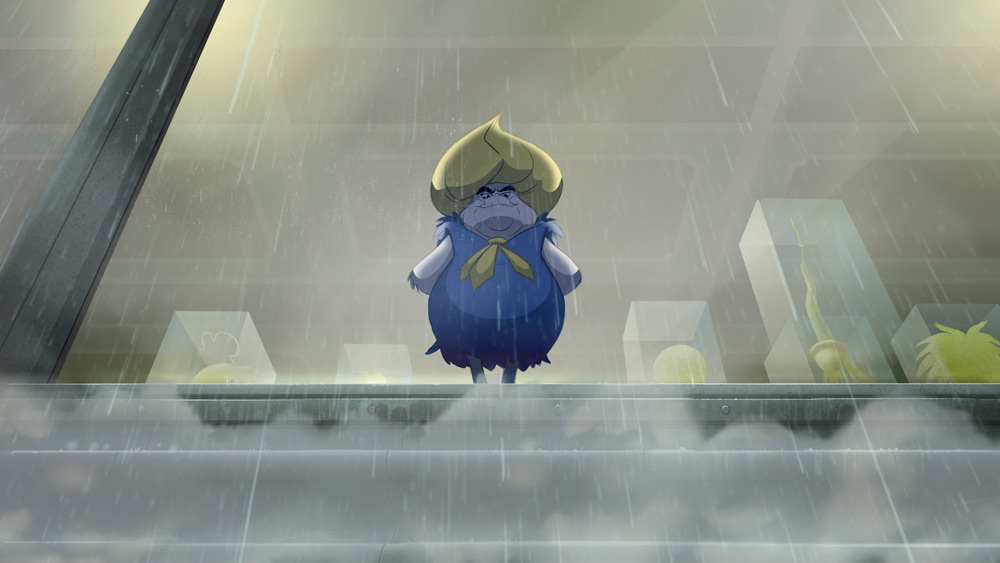 He says he also has a wide variety of favorites in the world of TV animation. “I love Disney’s Mickey Mouse show, and I also love adult fare like Rick and Morty. I love family storytelling that is common in feature animation,” Stern explains. “My theory is that everyone is sitting in the theater and sharing popcorn. So the story and jokes have to appeal to everyone. That’s why I would love for the whole family to be able to enjoy our show together.”

The creative team behind Green Eggs and Ham also wanted the series to have an overarching serial storyline. “Every episode ends with something of a cliffhanger,” adds Stern. “I remember I was bingeing Breaking Bad at the time, and loved the fact that it also had elements of a buddy comedy, and each episode felt like great chapters of a novel. So in a way, I sought to do the same thing with Sam and Guy!”

Green Eggs and Ham premieres globally on Netflix on November 8.