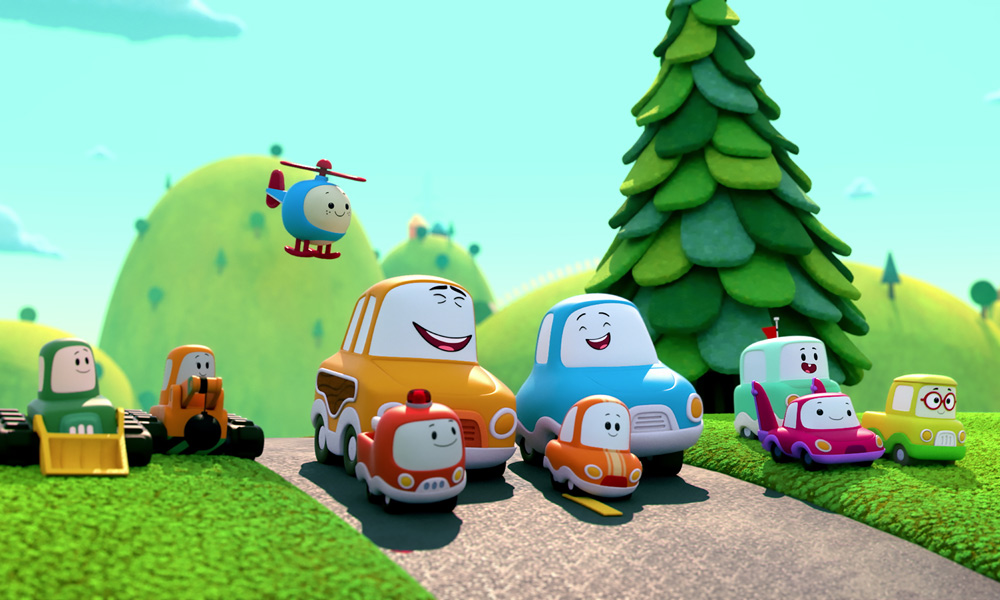 Cars have always been popular with kids as toys or in animation. Whether they’re traveling on an adventure or part of a wild imagined stunt, few things capture the imagination faster than these wheeled machines.

So, it’s no wonder that Pixar alums Alex Woo and Stanley Moore saw the potential in creating a preschool animated kids series based on the Go! Go! Smart Wheels toys from VTech Electronics. And they even found something they could add to the canon of car programs with the new series Go! Go! Cory Carson. 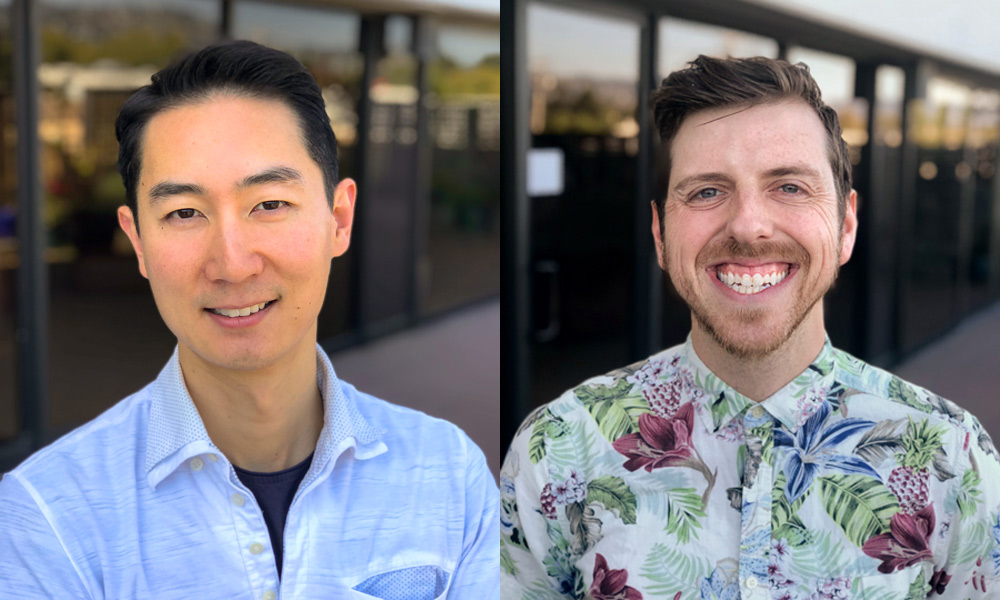 “While there are lots of shows that focus on vehicles, especially for kids, there’s nothing that we found that was about the entire family, or about what it meant to be a kid,” says Woo, who along with Moore and Tim Hahn founded the Berkeley-based Kuku Studios in 2016. “And we got really excited about creating a world that focused on a family experience where we have vehicles. When we started working on this project we would listen to stories from our own childhoods. There’s also very diverse parenting right now, lots of different ideas about what it means to be a parent, and something that we tried to do with the show is create worlds and stories that both parents and kids could relate to so they could find something in the show that makes it fun to watch.”

According to the producers, the show offers a parent perspective so that the parents who are watching have something to relate to and to connect to, while at the same time there’s something that the child finds in the show. “The kids will see the experience of what it means to go to school for the first time, for example,” says Moore. “And there’s also the parent perspective of what it means to drop off your child at school for the first time.”

The show has a global team with the main animation production done in France by Paris-based Superprod (Pat the Dog, White Fang). Tonko House (Dam Keeper), which does production design for the series, has offices in Berkeley, California and Japan. The animation is created using Maya and over 200 people work on this show worldwide.

Moore and Woo wanted the show to focus on things a preschool audience would find relatable and engaging. The line of Go! Go! Smart Wheels cars have the kind of smooth finish without hard edges and bright colors that are beloved by the preschool set. So, their take on the cars in the show was created with that in mind. 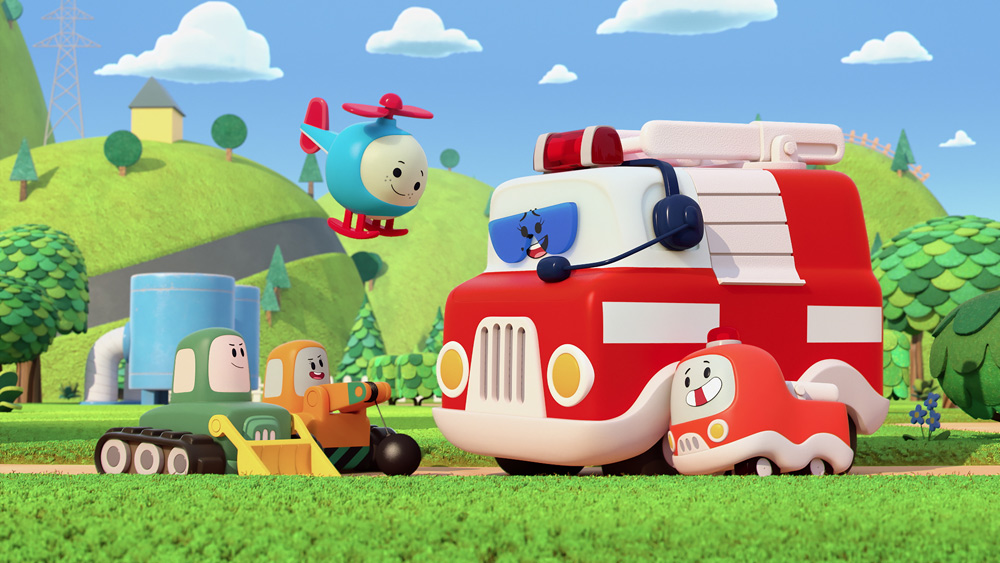 Each episode is around seven minutes long, give or take 10 to 20 seconds, and focuses on a storyline designed to captivate their younger viewers.

“It was really important to us to have a feeling of authenticity in the storytelling and the characters and the cars when we set out to make the show,” says Moore. “We didn’t want to make a high-tech, action-adventure, high-speed racing show about cars or something that didn’t feel right in terms of childhood of preschool kids. I have my own test audience. When I watched the show recently, I sat down to watch it with my son. When I see that he’s laughing at the characters and relating to them and calling them by name, I feel like it’s working. We really wanted the show to be about characters that come together to form relationships, because then everyone who watches it, kids or adults, will find something in it, which is something that was definitely part of storytelling at Pixar. Kids who watch the show are going to be facing some of the things our characters face so they’ll see how Cory and his family deal with the same things on the show.” 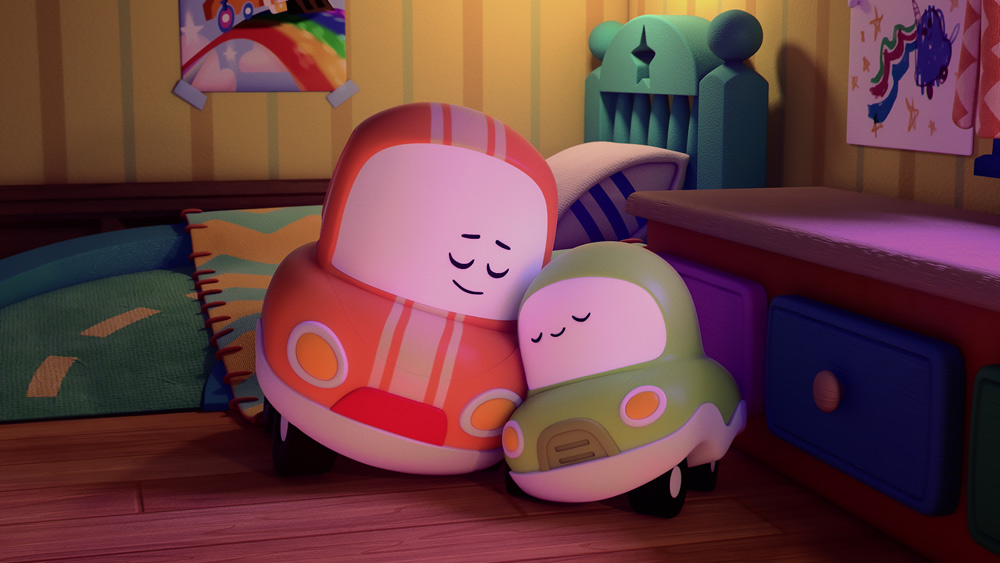 The team behind the series also wanted to reference the toys that inspired the show. They had a certain look that translated to animation easily but they also needed to take it a step further to give the show a look of its own.

“We tried to really keep the spirit of much of the original design of the toys, especially with the characters,” says Woo. “I mean, there’s an adorable chunkiness to the original toys and we really got into that design, that feeling of the toys. And as far as the world goes, I drew a lot of inspiration from when I was a kid — I had a lot of action figures. We wanted it to feel like a kid playing with their own toys and making up these stories for the toys. We wanted the show to feel like this story you’ve imagined as a kid with you own toys has come to life. We worked with Tonko House, which does amazing work and they did great production design to the show. They brought this sort of ‘found materials’ approach to the shading and the texture, which gives the characters a kind of rubbery feeling to them, like you could pick them up and touch them.” 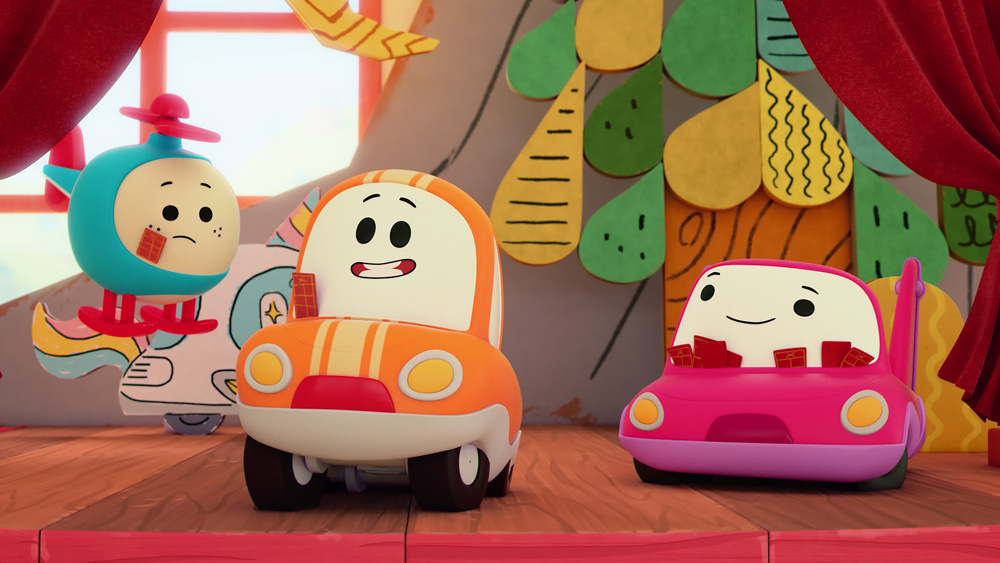 Woo and Moore also drew from their experiences at Pixar when crafting the show. The two learned to work on story and visuals in tandem.

“Story was drilled into all the big decisions at Pixar,” says Moore. “It’s the driving force of all your decisions, both creatively and with process and workflow. The production of this show was built around a storyboard-driven process. There are basically two ways in animation. Either you have a script all figured out on the written page or you can have a storyboard process, where you’re essentially figuring out the story and the script. While you’re drawing these storyboards, which are your comic strip of the movie, you’re writing the story in concert with creating the visual storytelling. And this let us discover so many moments that you would never discover otherwise.”

He concludes, “We found comedy and heartfelt moments that all came out of this process. Working this way, in this very visual medium, allows us to take full advantage of it. We were really excited to bring this process into the preschool space for this show.” 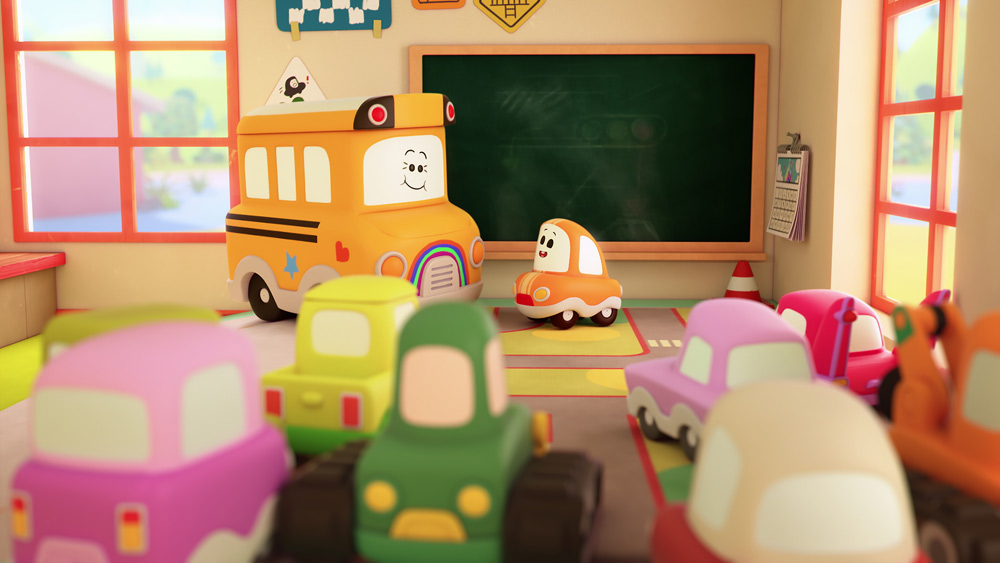