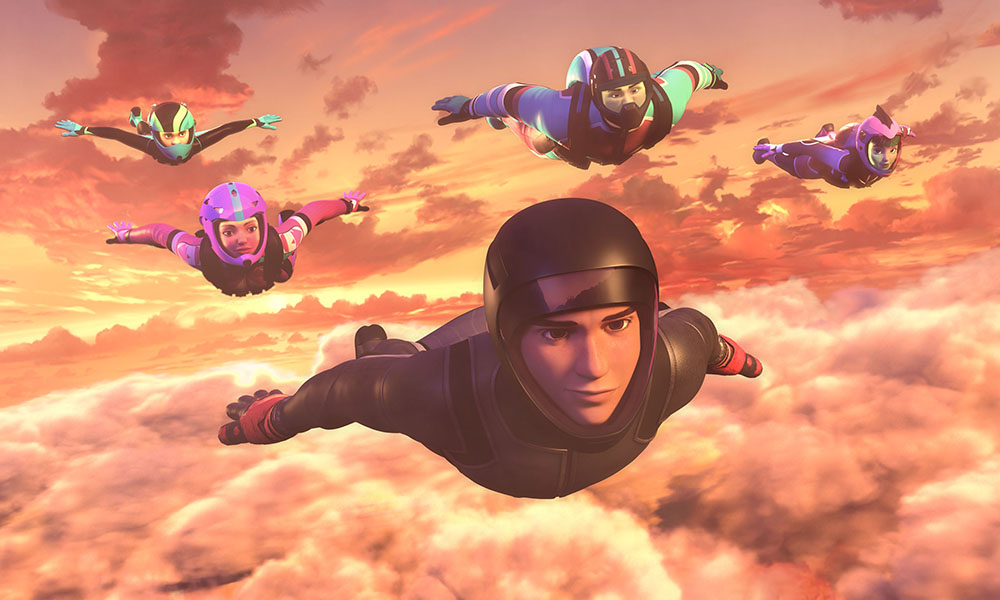 From Universal and DreamWorks Animation, Fast & Furious: Spy Racers Homecoming embarks on its ultimate mission to save the world when the final season debuts on Netflix onDecember 17. Recurring guest stars returning to the final season include Paul “Big Show” Wight, Danny Trejo, Jimmy Tatro and Similce Diesel. The Season 6 trailer debuted with the date announcement.

S6 synopsis: The Spy Racers meet their match in a mysterious villain who steals their spy tech, sending them on their most dangerous international mission yet. In a race against time, the team traverses Europe from the Swiss Alps to Berlin only to find themselves back home in Los Angeles for an epic showdown. And it’s going to take the entire Toretto family to save the world one last time. 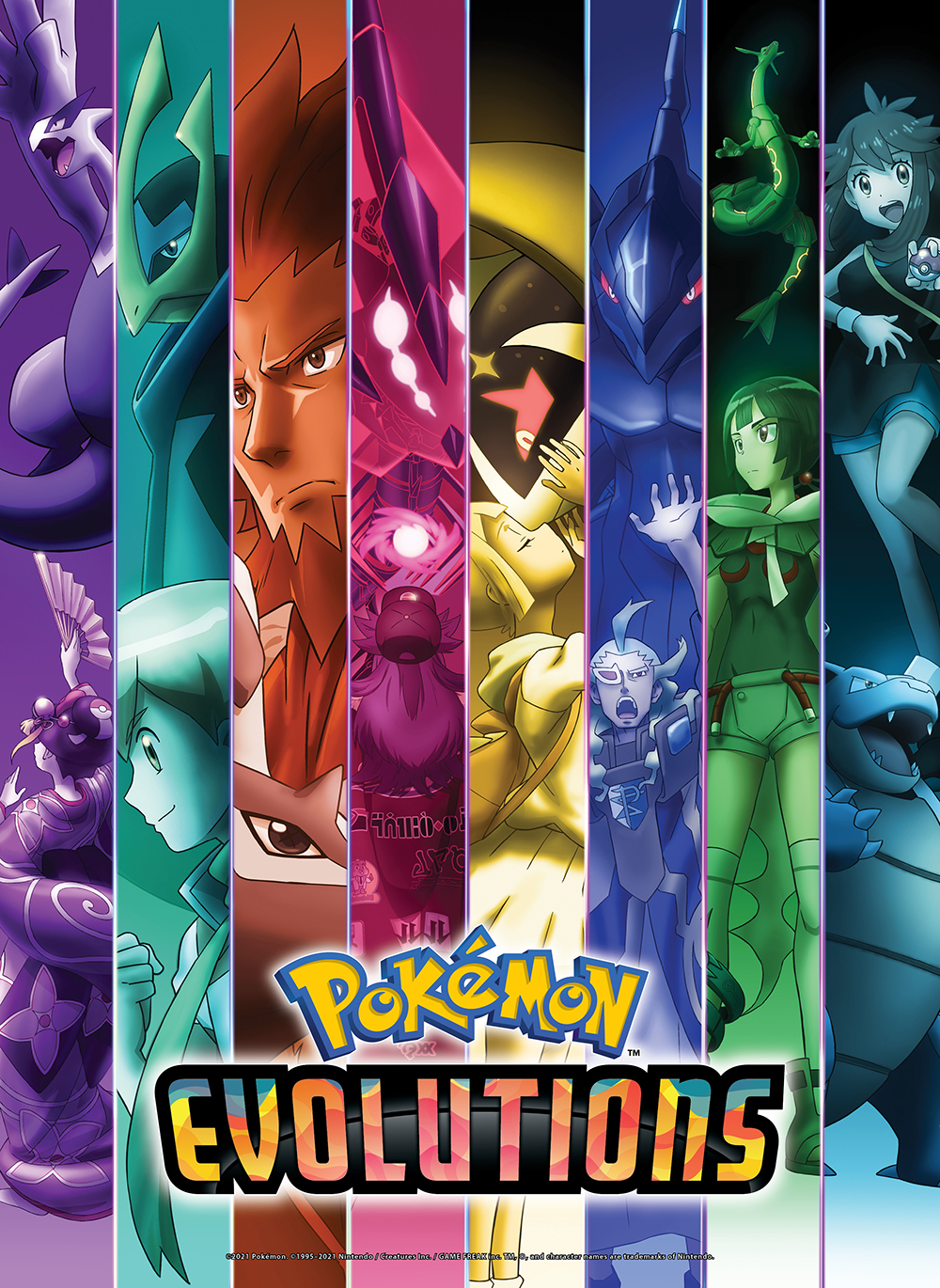 The Pokémon Company International revealed a mid-series trailer for Pokémon Evolutions, the new animated limited series created to celebrate 25 years of the global entertainment franchise (pokemon.com/25). This eight-episode series takes fans on a journey through all the known regions of the Pokémon world explored in the popular core video games since their launch 25 years ago. Featuring the regions in reverse chronological order to their original discovery, each episode brings a fresh perspective to familiar Pokémon tales. So far, fans have been taken back to Galar, Alola, Kalos and Unova. The remaining four episodes will feature Sinnoh, Hoenn, Johto and Kanto. 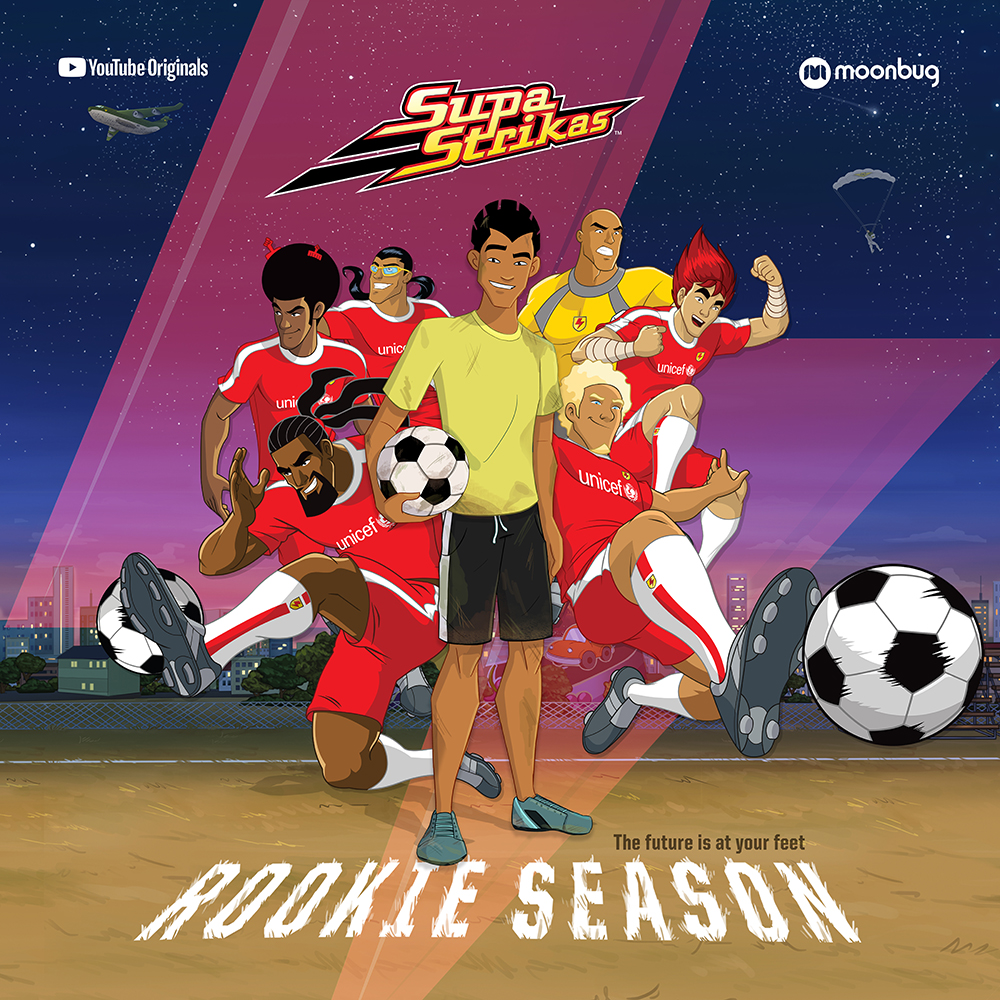 YouTube Originals announced its collaboration with Moonbug Entertainment in partnership with UNICEF for the premiere of Supa Strikas: Rookie Season out of the U.K., along with the release of the official trailer. This prequel to the global hit soccer series, Supa Strikas, consists of 12 episodes, with the first six launching December 3 on The Supa Strikas YouTube Channel and the YouTube Kids app. The six remaining episodes will roll out in early 2022 and will also be available then in Brazilian Portuguese, Spanish, German and Russian catering to the brand’s global audience.

Supa Strikas: Rookie Season is the original story of star striker Shakes, and how he made it to the world’s greatest soccer team, the Supa Strikas! This prequel series that has its roots with a comic-book classic launched in South Africa in 2001, uncovers some earth-shattering revelations for fans including the mystery of Shakes’ missing father and how his biggest on-field nemesis was once his best friend.

“We’re beyond happy about the positive response to Arcane‘s first season and are working hard with the creative wizards at Riot and Fortiche to deliver our second installment,” said co-creators Linke and Yee.

According to top10.netflix.com, Arcane was the No. 1 English-language series on Netflix for the week of Nov. 15-21, racking up 38.4 million hours of viewing.

Netflix also revealed its new release schedule for the month of December. Animation highlights include the new Aardman holiday special, Shaun the Sheep: The Flight Before Christmas (Dec. 3), Centaurworld Season 2 (Dec. 7), Aussie animal adventure Back to the Outback (Dec. 10), Hilda and the Mountain King (Dec. 30) — plus the VFX fantasy and horror of The Witcher Season 2 (Dec. 17) 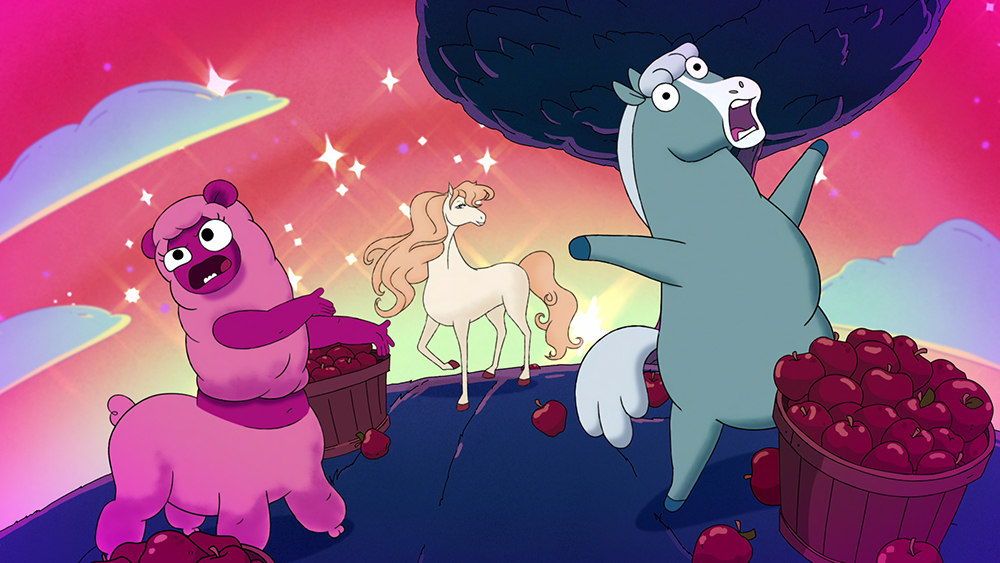 Over the last 60+ years, Barbie has evolved from a fashion doll to a cultural icon and emerged as a relatable character and role model, sharing her own story and unique perspective with the world. This month marks two decades of Barbie content, which has come to 36 specials and countless episodic and YouTube series so far. Today, Barbie is the #1 girls toy brand on YouTube, with over a billion views in 2021. Mattel is continuing to expand the Barbie content universe in innovative ways, with Greta Gerwig, Noah Baumbach and Margot Robbie set to star in a feature film, an unscripted competition series, Barbie Fashion Battle, and multiple more projects in development. 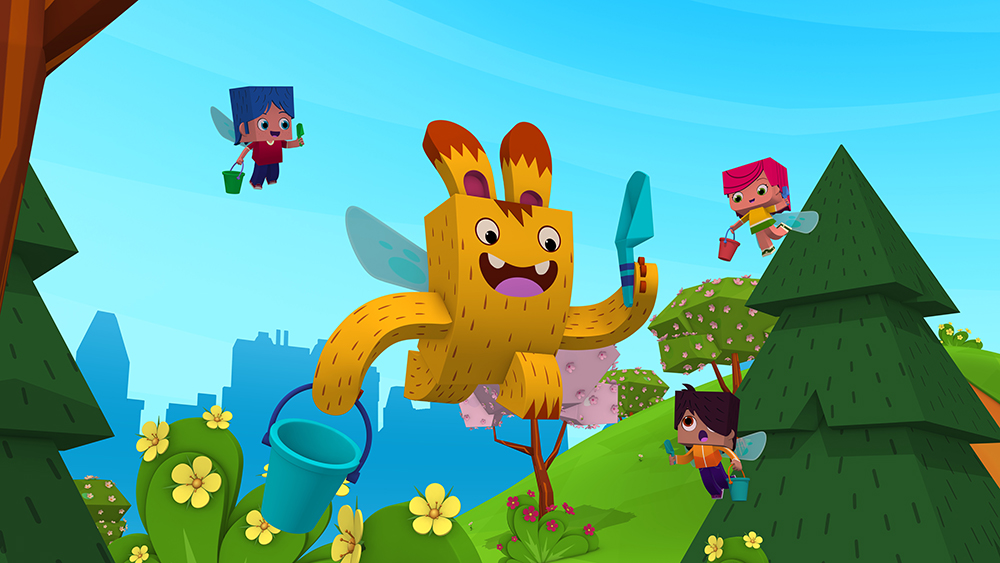 Global kids and family content distributor Jetpack Distribution has signed 14 new deals with VOD) and linear platforms across the globe for 964 hours of TV series from its burgeoning catalogue of kids’ character driven shows. The deals are heavily focused on VOD rights and are testament to the growing demand for VOD content from both platforms and audiences worldwide. The following European networks have paid for rights for a selection of hit animated shows.

The following VOD networks across the globe have paid for the rights to air a further selection of animated series across all age groups: 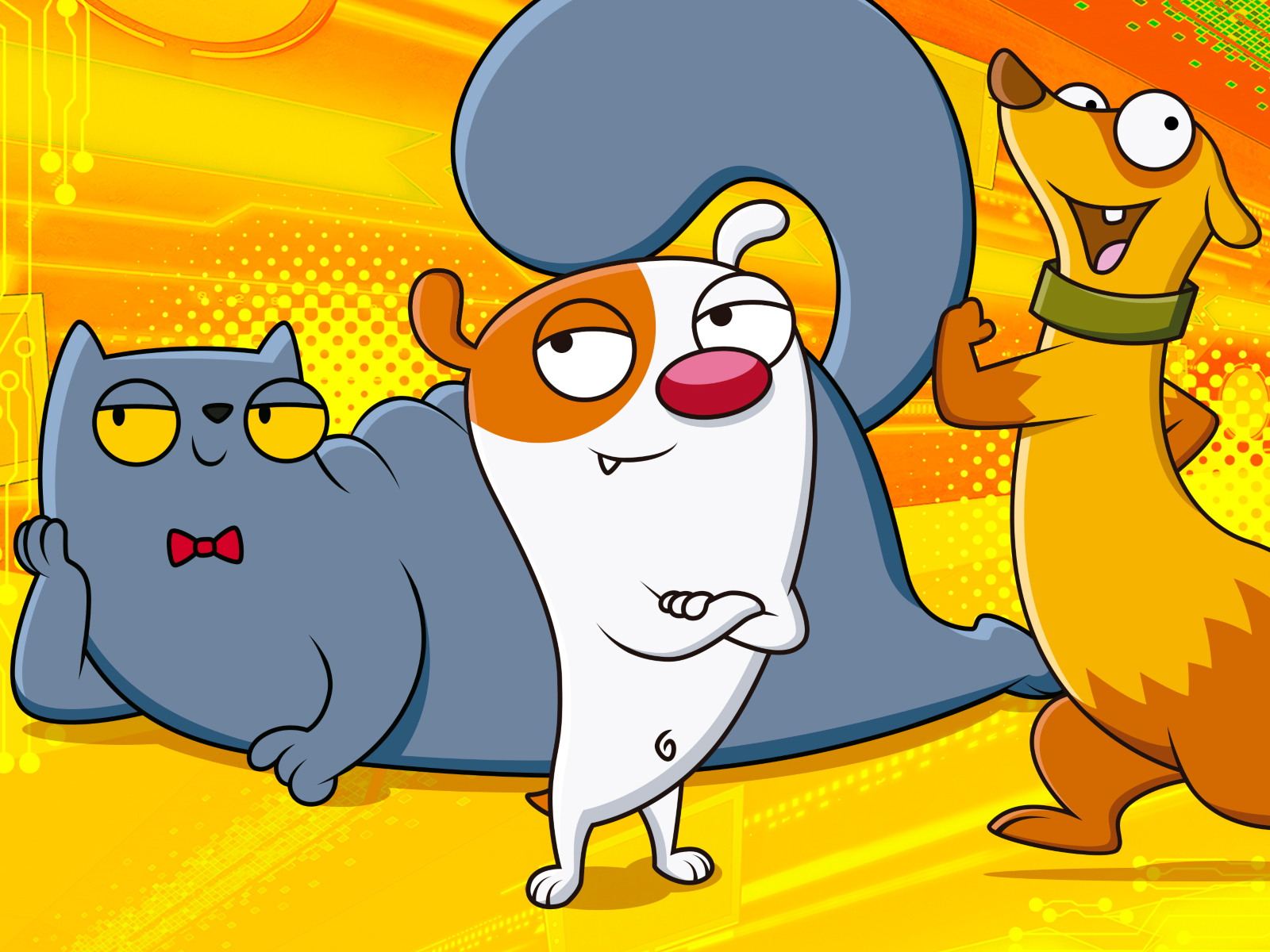 Boris & Rufus has now been released in more than 80 countries since its original release in Latin America on Disney XD in 2018. In January 2021, a new season of the series was released, which Disney Channel Russia started broadcasting in August 2021. UYoung also recently picked it up for Mainland China, and Genius Brands International licensed the series for its Kartoon Channel! in the U.S. and Canada. Additional sales include Amazon Prime Video, Blim TV, Canela, Pluto and Vix, as well as LATAM Airlines. The series is distributed worldwide by Pacotinho Filmes, led by Brazilian Executive Ana Paula Silva, in collaboration with Circular Media, a Uruguayan company founded by Nicolás Valdés.

Created by Brazill’s Belli Studio, the series tells the story of Boris, a cranky dog, and Rufus, an excitable ferret who believes himself a dog. They belong to Enzo, a teenager in love with his neighbor, Jennifer, who owns an internet-famous cat, the insufferable Leopoldo. When the owners are not around, the animals stop behaving like pets; they use electronic devices, access the “interpetnet” (the animals’ web), play video games and get involved in all sorts of shenanigans. The conflicts between Boris’ and Rufus’ personalities, plus their encounters with fantastic beings and items, lead to great adventures that can go far beyond the “real” world. 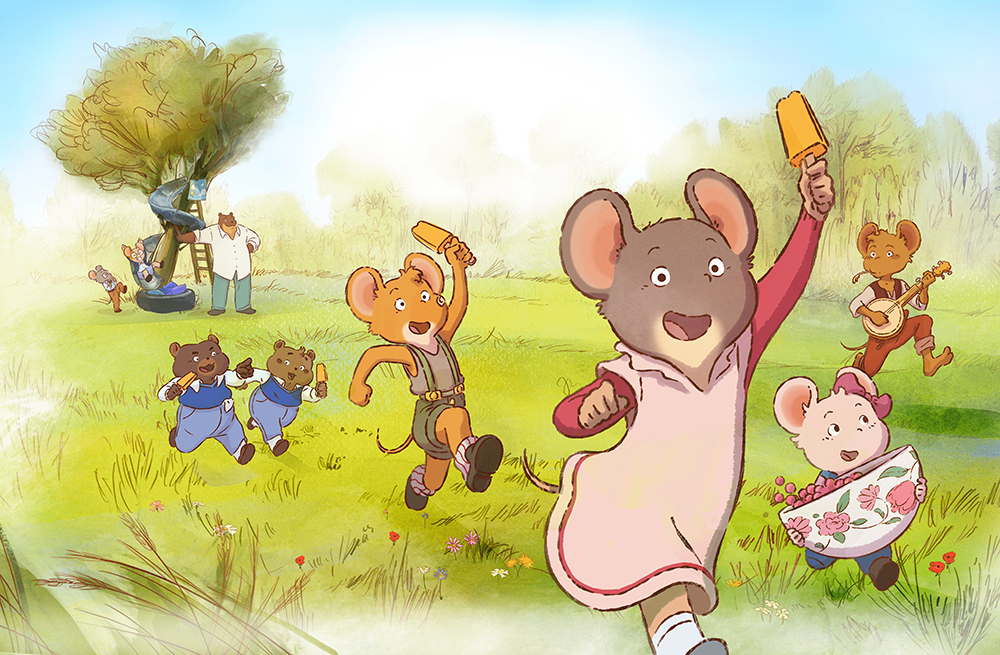 Ernest and Célestine – The Collection

Produced by Folivari (France) and Melusine (Belgium), the new episodes will be available in April 2022. The series follows the thrilling adventures of a big eccentric bear and a mischievous little mouse. S2 will introduce three new characters and focus on Célestine and her mice friends. 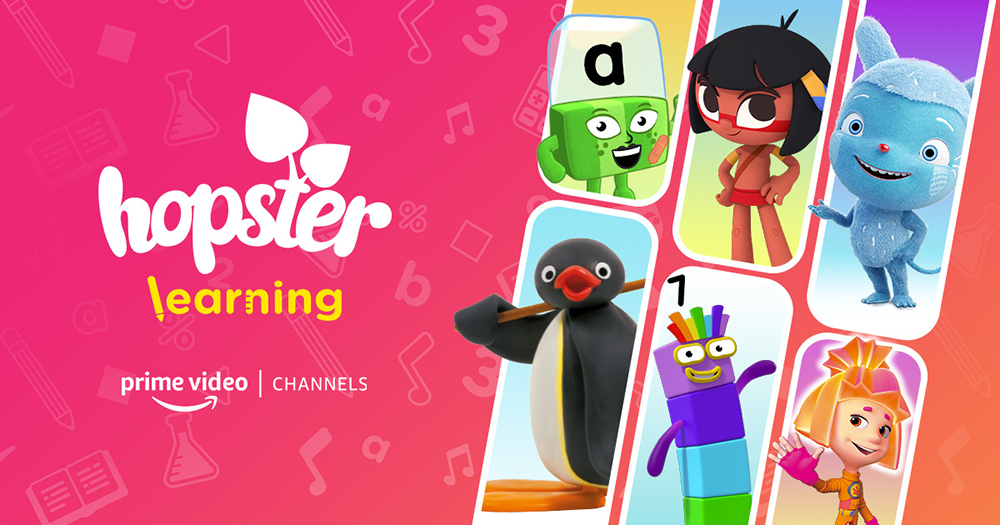 Sandbox Kids, the leading provider of digital subscription content services for children and families worldwide, has launched Hopster Learning, an educational entertainment channel for preschoolers, on Prime Video Channels in the United States. Hopster Learning brings together educational shows, songs and nursery rhymes from all over the world in a safe and ad-free environment. The channel is already available via PVC in the U.K., France, Italy, Netherlands and Spain. Hopster Learning is also available in the U.S. through select Pay TV/OTT services such as Comcast Xfinity, Roku, DISH and Sling TV.

The new channel focuses on children’s social emotional learning with programs such as Pingu, teaching kids how to interact positively with others, and Love Is Love, which encourages inclusivity and diversity through music. Hopster Learning also has a robust selection of curricular programming, such as British animations Numberblocks and Alphablocks, teaching kids numeracy and literacy skills, respectively, and The Fixies and Messy Goes to Okido, which are fun, science-themed shows that introduce children to STEM subjects.