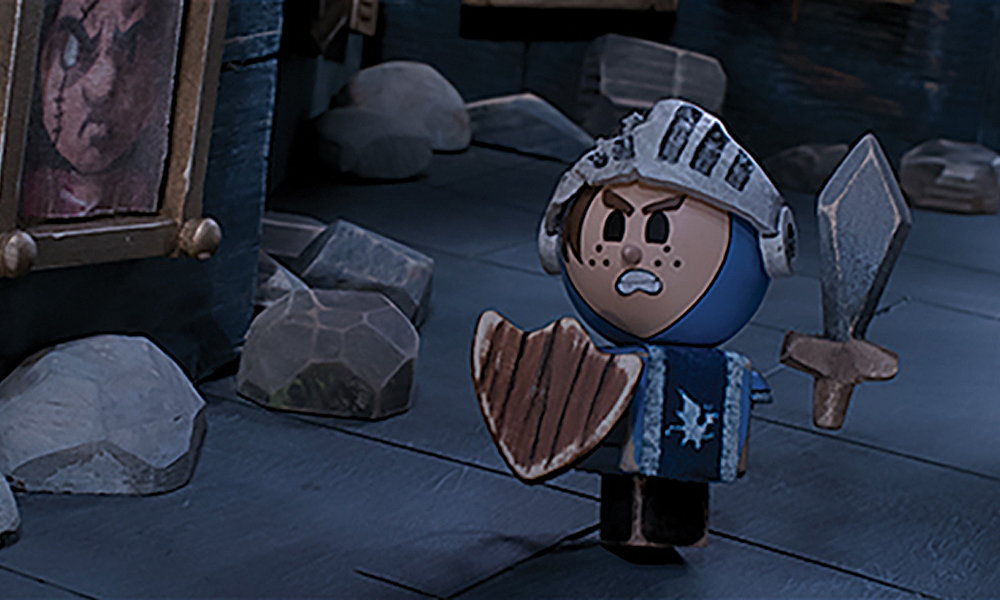 ***This article originally appeared in the June-July issue of Animation Magazine (No. 301)***

John Harvatine IV and Tom Root love playing with toys! The two talented creators of Hulu’s hot new stop-motion series Crossing Swords are pretty excited to share their project with the world since they’ve been thinking about doing a show featuring peg toys for a long time.

“One of my first jobs as an animator was working on a Fisher-Price Little People TV show,” recalls Harvatine. “I was in my 20s, and was kind of bummed because this job wasn’t as fun and fulfilling as I thought it would be. So, I found myself daydreaming about these toys doing naughty things to each other. I kept wondering, what if you could take innocent little toys and put them in grown-up scenarios?”

Also playing a key role in the development of the show was Tom Root’s whiteboard. “Back in 2011, we had just started Stoopid Buddy Stoodios in Burbank. I’d walk into Harv’s office and we’d talk about what kind of shows we wanted to make in the future,” says Root. “We thought putting these crude looking children’s toys in a fantasy, sword-and-sorcery, medieval setting would be fun.”

Root adds, “Because the building was so new, there was this gigantic whiteboard in the writer’s room that hadn’t been used yet. So, I just started drawing on it — I began by drawing a castle in the middle of it, and every day I started building out from the center, trying to figure out what else would be on this map. This map kept growing, and we realized there was no end to the stories we could tell: There’s a haunted cave in the mountains where all the ghosts and goblins live. There’s a forest where the Robin Hood character could live. There could be a seaport where you could have pirates.” 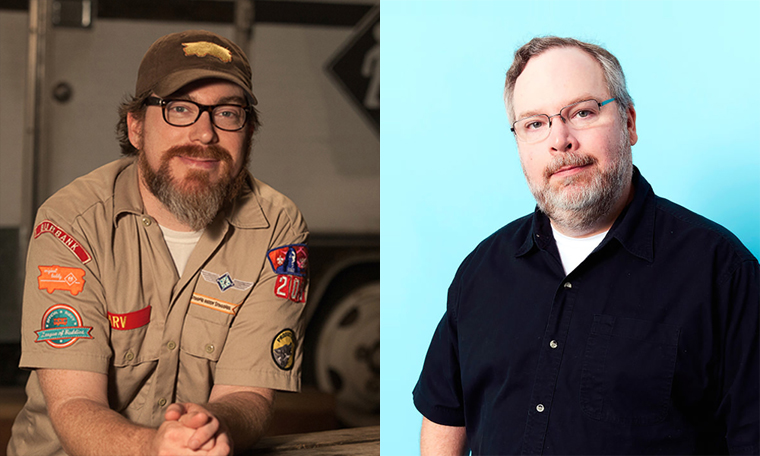 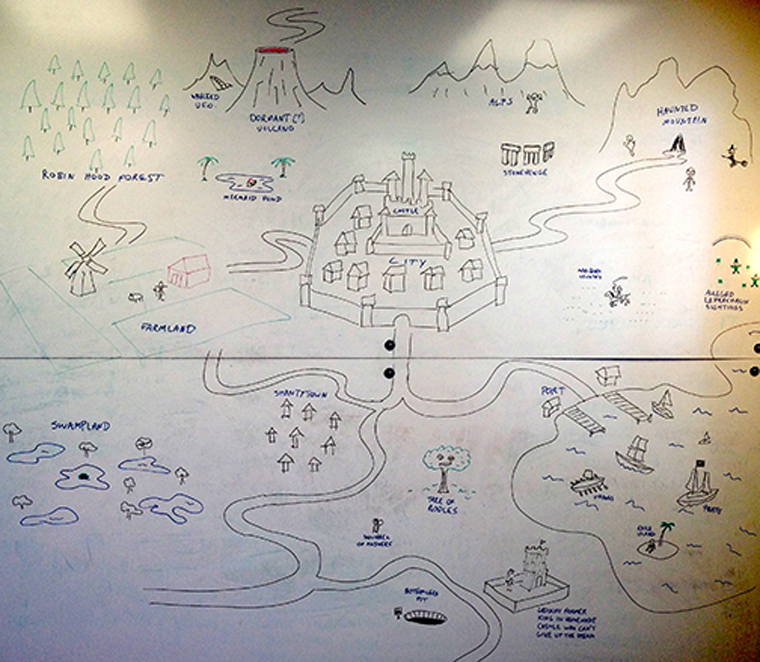 “We could really tell any story we wanted to tell,” Root explains. “So, that’s what made us most excited to pursue the show. It was a good thing that we were excited about it, because that was in 2011, and here we are in 2020, finally able to get it on the air.”

Harvatine and Root, who have received two Emmys and four nominations for their work on Robot Chicken, say they’re a bit hazy on the exact development timeline of the show because it took a while to get it from the idea stage to finished product. “We partnered with Sony to produce the show, and then after Sony sold it to Hulu to distribute, things happened quickly over the past two years,” explains Harvatine, who has worked on shows as diverse as The Simpsons, Captain Underpants, SuperMansion and Hot Streets. “Hulu began planning their adult animation master plan, which came to fruition last month with Solar Opposites debuting in May.” The first season of Crossing Swords, comprising 10 half-hour episodes, will arrive on Hulu in June.

The duo praises the work of the show’s creative artists who helped craft the look of the show. “Our team, which is led by director of photography Helder K. Sun, art director and production designer John Sumner and animation director Brad Schaffer, has done an amazing job,” says Root. “The fact that everything in this world of peg people had to be made out of wood — typically, we use plastic for our stop-motion projects — was a big ask from John. We put these cute little crude characters in environments that make them look real, thanks to Helder’s lighting and special angles and lenses. Brad helped us communicate what we wanted to achieve to the animators. They did such a great job that after a few minutes of watching the show, you forget that these props are suspended in air, and you actually start to feel for these little wooden toys and understand their emotions.”

The producers also single out the work of the puppet fabrication (led by Max Shepard) and costume departments (headed by Julia Rosner), which were tasked with creating this massive universe of puppets who are only three inches tall (“Just a little bit shorter than G.I. Joe or Star Wars action figures!”). All the work on the show was done at Stoopid Buddy’s Burbank headquarters — from the writing and designing to the puppet creation, voice recording and VFX work.

Harvatine says he’s pleased to see that primitive toys are gaining popularity in our day and age. “That toy aesthetic of a round head and a peg body has been around for a long time,” he says. “We wanted our characters to feel as if they looked like a toy that was around in the 1300s, so that they match the plotlines around them.”

Looking back at their creative journey, both Harvatine and Root are proud of what they’ve been able to achieve over the past few years. “I’m just glad and relieved that the characters and the comedy that we dreamed up on the page actually work as a TV show,” says Root. “I’m pleased that our main character ended up being compelling and likeable. People who gave us feedback on the show told us that they liked going on this journey with Patrick because of his childlike sense of wonder. That’s one way the show is different from Robot Chicken. For a series, you need to have characters that you’ll want to see week after week. It’s harder to do, but it’s more rewarding when it works … and more painful when you have to fix it!”

Harvatine chimes in, “I’m excited about the overall look of the series, that we were able to pull off a show that is made of wood, featuring all the imperfections of the textures. We were able to play with different scales for the characters (bigger versions for the close-ups). The visuals are funny and a little clunky, and all the imperfections make it a fun show to watch. Like Robot Chicken, it feels like a show that you can recreate in your own basement, although it takes a few bucks to make!”

Hulu premieres the first season of Crossing Swords on June 12.