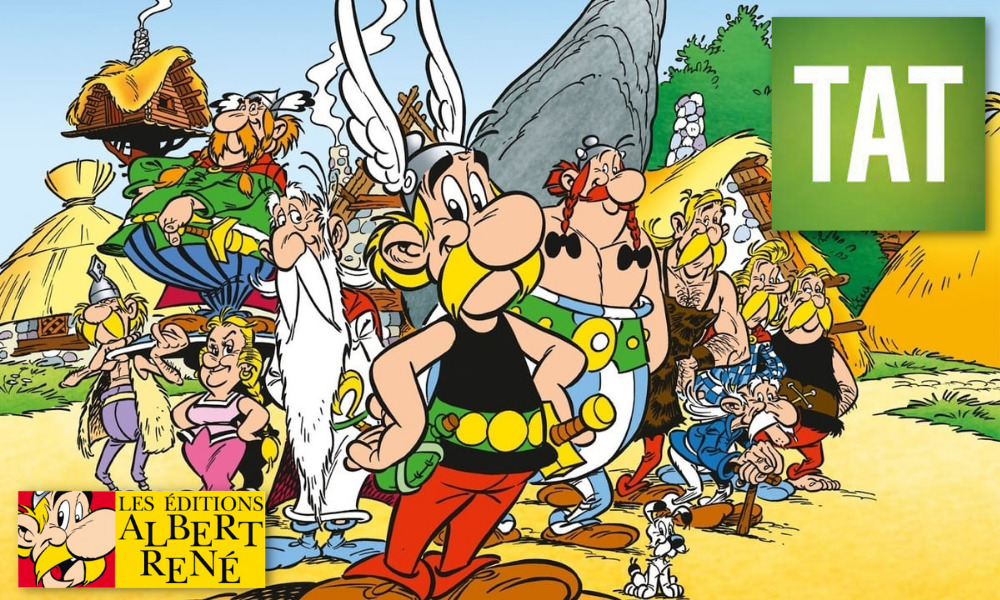 Almost a year since publishing house Les Éditions Albert René (Hachette Livre) and Netflix announced their partnership to develop a new 3D CG animated series based on the famous Asterix comic books created by René Goscinny and Albert Uderzo, the companies have welcomed TAT to tackle this adaptation. The Toulouse, France studio is launching a large recruitment campaign to hire around sixty graphic designers and increase its workforce to 200 employees.

Since its debut in 1959, each new Asterix volume in print or appearance on screen has been eagerly awaited by fans around the world, from generation to generation. More than 385 million copies of the Asterix books have been sold, translated into 111 languages and dialects, and a total of 14 feature films have been released since 1967, including 10 cartoons and four live-action movies.

Alain Chabat, who wrote and directed the hit 2002 live-action movie Asterix and Obelix: Mission Cleopatra, is making his animated series debut as the writer and director of the new project. (Mission Cleopatra was the most successful of Asterix’s many big screen appearances, attaining the fifth-highest box-office score of all time for a French film.) BAFTA nominee Alain Goldman (La Vie en Rose, Babylon A.D.) is producing the series.

International Emmy Award-winning studio TAT has been chosen to create this eagerly awaited series. By leveraging this internationally known creative universe and the choice of a French studio, Netflix adheres to its animation ambitions and recognizes French expertise in the artform. TAT shared that the team “is very honored to have been chosen to create this promising series and very delighted with this first collaboration.”

Founded in 2000 by David Alaux, Eric and Jean-François Tosti, TAT has become one of Europe’s most notable and prolific producers of animated series and feature films. Its marquee title, The Jungle Bunch, has been a huge success since 2011, both on television and in the cinema. The International Emmy Award-winning series Jungle Bunch: To the Rescue is broadcast in more than 200 territories and translated into about 50 languages. TAT has released three feature films in recent years: The Jungle Bunch (2017), Terra Willy (2019) and Pil’s Adventures (2021); with two more in production: Pattie and the Wrath of Poseidon (2022) and The Jungle Bunch 2 (2023).

Exclusive Clip: Elle Confronts Her Creator in ‘Blade Runner: Black Lotus’ Finale
A Cartoon Movie Sampler: A look at some of the big movies showcased at the event