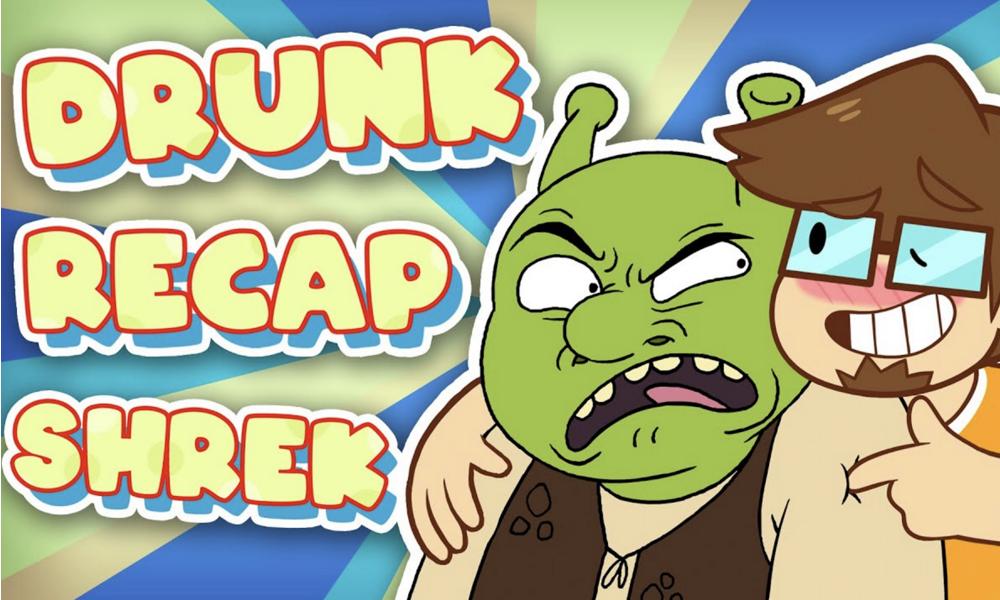 SaberSpark, a member of Channel Frederator Network, the world’s largest multi-channel network for animators, artists, gamers, and entertainment, is taking the next step in his YouTube career by launching his very own animated content. Officially debuting on May 6, Drunk ReCap, a show where drunk Saber tries to recall the plots of animated movies and his ramblings are animated, is being produced with the help of Frederator’s $1 millon creative fund. This announcement also comes at a time when the content creator recently hit 1 million subscribers on his channel.

Check out the (not for kids!) pilot:

The Channel Frederator Network team has worked with SaberSpark, who got his start in the My Little Pony scene and has since moved on to commentating on various animated content. From ‘70s adult animated films to Disney fare, and everything in between, Saberspark holds a lens to parts of the animation world and industry many never knew existed and shines a new light on them today. His main series  What The Hell Is…involves Saber taking a deep dive into the more obscure parts of the animation world and educating his viewers on not just what they are but how they came to be.

“It’s been fun working alongside Frederator over these past few years! I got connected with the company in 2015 and it’s been a great relationship ever since, and I hope to continue moving forward with them,” said SaberSpark. “They’re genuine people and that’s the most important thing to me when it comes to working with a network. I’m also super excited to have worked alongside them with my newest series on my channel Drunk ReCap.”

Marley Diazdelvalle, Talent Strategy & Programming Manager, said, ”When I started at Frederator I had one thing in mind: Make cool things with cool people. Saberspark embodies that perfectly. It’s been a joy to see him not only hit a million subscribers but to also be a part of Drunk ReCap from its days as just an idea to a full fledged animated series.”

Kenny Ash, VP of the Channel Frederator Network, added, “At Frederator we’re strong believers in activating our talented members by helping them take that big next step. I’ve worked with SaberSpark for three years when he was at 200,000 subscribers, and we’re all very proud of the work he has put in to finally reach this incredible milestone.

Channel Frederator Network is the world’s largest multi-channel network for animators, artists, gamers and entertainment with over 3,000 members. Since starting in 2015, the network has amassed over 140 million subscribers on YouTube with billions of views per month. Channel Frederator Network members include Jaiden Animations, Domics, Lindsay Elyse, ChaoticCanineCulture, CircletoonsHD, Mithzan and more within the tech, cosplay and creative space. A key component of the “Frederator Loves You” promise is a dedication to help every member achieve their dreams and express themselves creatively.

Members of the network receive 360-degree protection for video, images, sound effects & music with our libraries of royalty-free assets. The network provides affiliate opportunities & sponsorships, tools & platforms to help members succeed on YouTube, opportunities for gaming, animation platform discounts, merch account management, the option to pitch a cartoon to Frederator, and much more. Contact support@frederator.com to learn more about becoming a member.