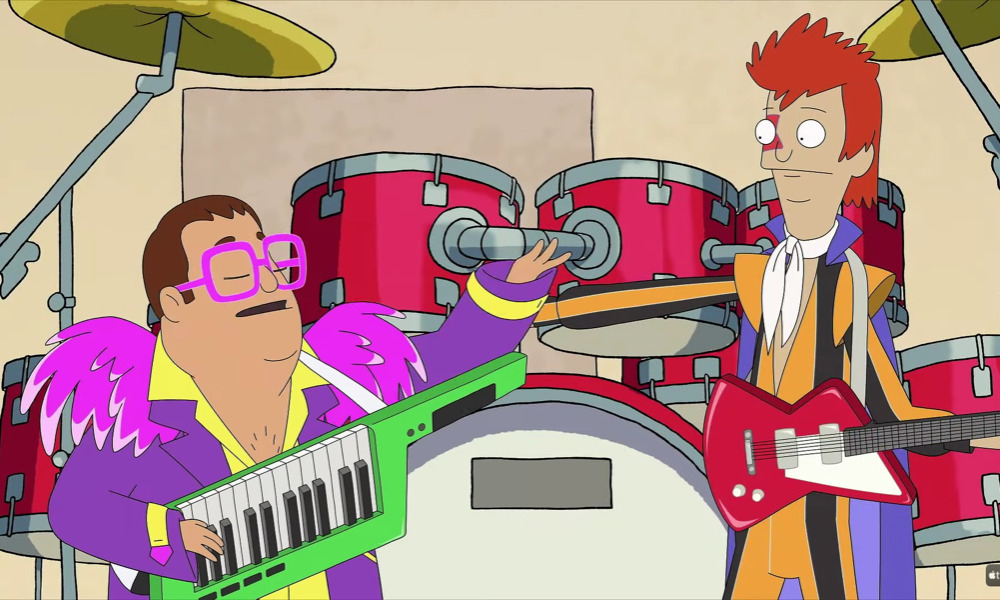 In a first look at the second half of the new season, revealed today, Gad reunited with his Book of Mormon Broadway co-star Rory O’Malley for a catchy musical number, called “You Are the Music.” The song is written by two-time Oscar-winning team Kristen Anderson-Lopez & Robert Lopez (Frozen, Coco) and also features Tituss Burgess and Emmy Raver-Lampman.

As season two of Central Park continues to unfold with eight new episodes, the Tillerman family continues to navigate living in and caring for the world’s most famous park. Molly experiences the trials and tribulations of adolescence, Cole is challenged by a truly embarrassing moment at school, Paige continues to chase down the Mayor’s corruption story, and Owen juggles managing the park, his staff, and his family all with a smile on his face. Meanwhile, Bitsy inches ever closer to her sinister goal of claiming Central Park as her own; with Helen by her side, eternally wondering whether she’s made it into Bitsy’s will. Every step of the way, we are guided along by our friendly, fumbling, fiddler narrator, Birdie.

The complete first season and the first half of the second season of Central Park are now streaming on Apple TV+. Since its global debut, the series has been recognized with Emmy Award nominations for stars Leslie Odom Jr., Tituss Burgess and Stanley Tucci, and an NAACP Image Awards nomination in the Outstanding Animated Series category.