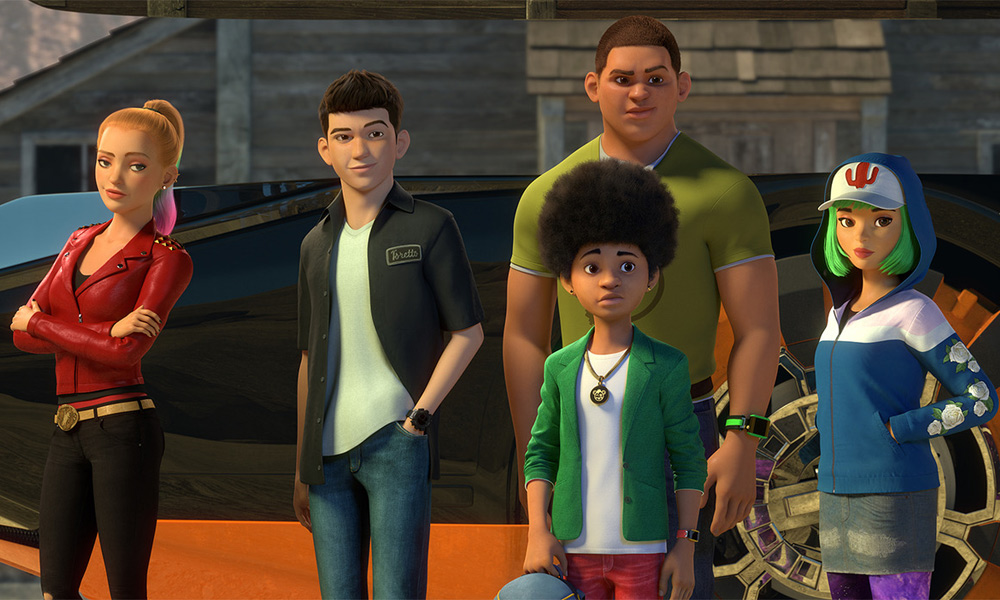 Almost two decades have passed since the first The Fast and the Furious movie set the standard for gorgeous high-performance race cars, mind-bending visual effects and the kind of awe-inspiring cinematography that plants you right in the middle of those impossibly fun chase sequences. With all of that in mind, the showrunners of the new animated series Fast & Furious: Spy Racers set out to make a show that would honor the action films that preceded it.

They also wanted the show to be grounded in the characters that audiences already know. Vin Diesel, who has played Dom Toretto from the first live-action film, is a producer on the series. He also has a cameo as Dom in the first episode of Spy Racers.

“We knew we wanted to tie into the Toretto family because the franchise is all about family and all about Dom Toretto, who is played by Vin Diesel,” says Tim Hedrick, the showrunner for the new DreamWorks/Netflix show. “So we have this character Tony Toretto, who is Dom’s cousin. And then we built his crew around him and who would be the people that you’d see on the streets of Los Angeles, and L.A. seemed like the natural place to start. It gives our characters a very cool, visually identifiable home base. You can go very gritty in L.A. and you can also go super glitzy and Hollywood and it gives us multiple worlds to explore.” 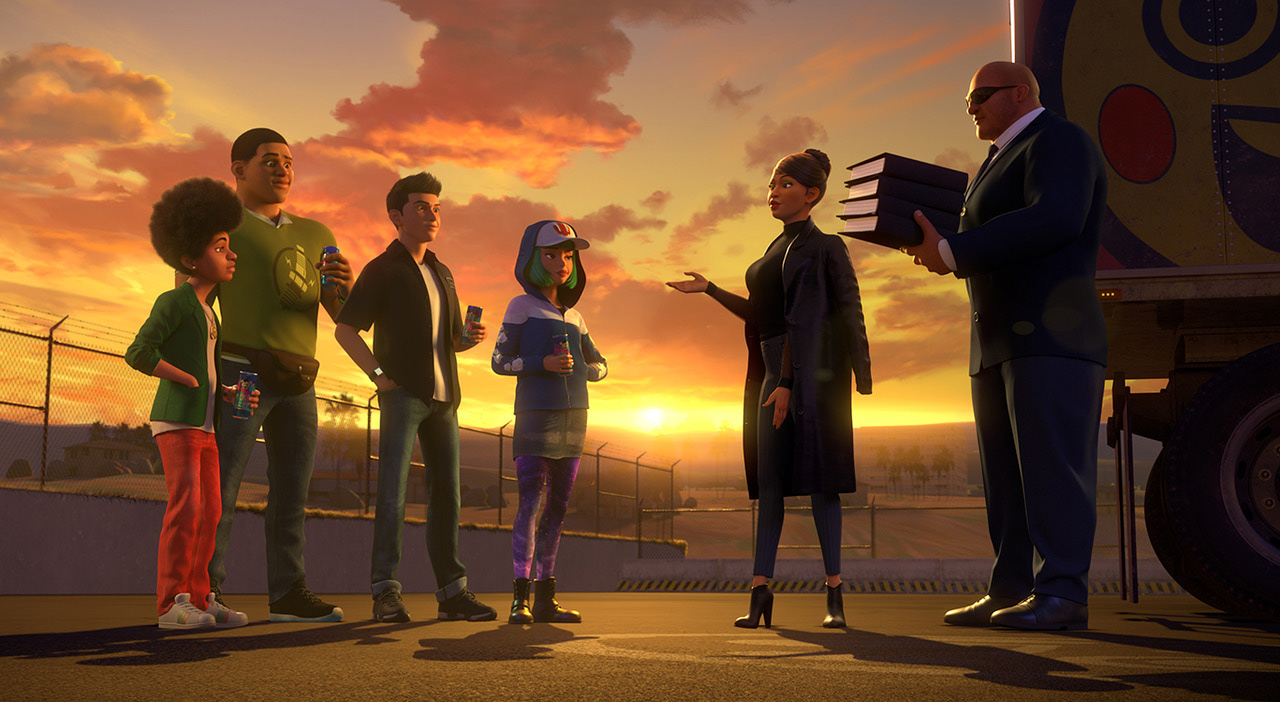 The high-octane world of the Fast & Furious films is certainly adult in many respects (violence and adult themes and language), so the producers decided to make more family friendly choices when adapting the world for a younger audience. While there is conflict, the characters aren’t using guns, and they’re certainly not dropping any f-bombs.

Hedrick, who has worked on several acclaimed family shows, including Avatar: The Last Airbender, Legend of Korra and Voltran: Legendary Defender, believes the new series still captures the feeling of the films while keeping an eye on tone and subject. “We have great relationships between the main characters and the cars and chase sequences still hold up to the films,” says Hedrick. “You’ll still see amazing cars and cinematography and chases.”

All the Right Voices

Hedrick is also quick to point to voice talent as a special part of the show. “Tyler Posey (the voice of Tony Toretto) is the most famous of our people and it’s all about finding the core of our characters,” says Hedrick. “When Tyler comes in he’s very much a guy who wears his heart on his sleeve and feels right as Tony Toretto. He feels like the leader of a crew, but also an innocent. A lot of these big action franchises begin with someone who seems like they already know how to do everything. They can fight and drive and shoot and do all this stuff. To me, it was way more interesting to start with someone from zero and build from there. This is more of a coming of age tale, how a young character becomes that person who knows how to do everything. DreamWorks Animation brought in wonderful people for us to audition.” 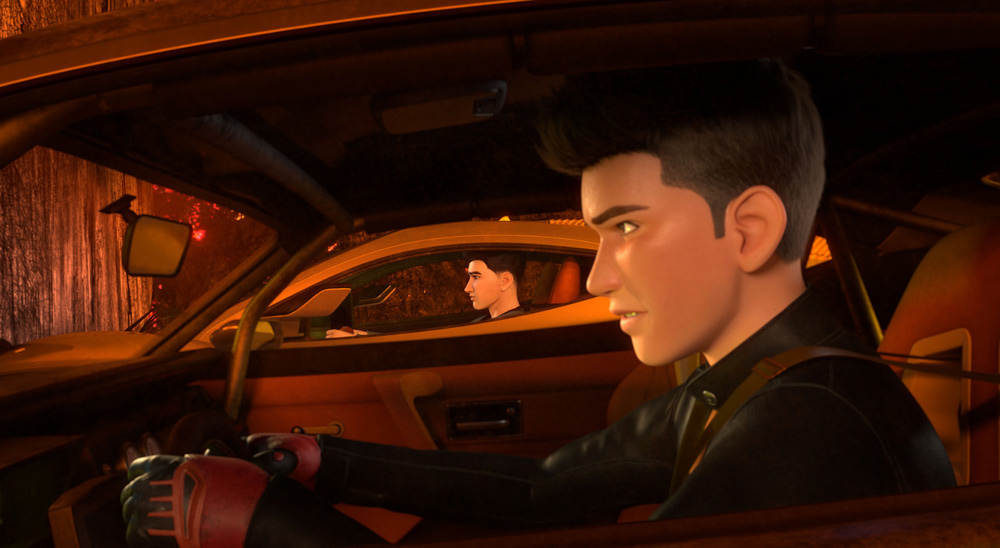 While there are no immediate plans to have other actors besides Diesel from the live-action films take a guest role on the series, Hedrick and fellow showrunner Bret Haaland aren’t ruling it out.  With the story connections set, the producers also decided to lean into the look of the original live action movies.

“We worked so hard to get these race sequences where they needed to be,” says Haaland. “And we also worked on the design of the characters and the cars coming out of a reality-based philosophy. We started with what you’d see in live action and then we enhanced the colors and we pushed the acting of the characters so it seems more like animation but it’s also based in something real. That’s the line we’re trying to walk. And the cars reflect the characters so Tony (Toretto) drives a muscle car. This extended through every aspect of production, so you have the sound effects department finding the proper sounds for the different tires on a muscle car or a truck and also making sure they have the right sounds for a muscle car engine.” 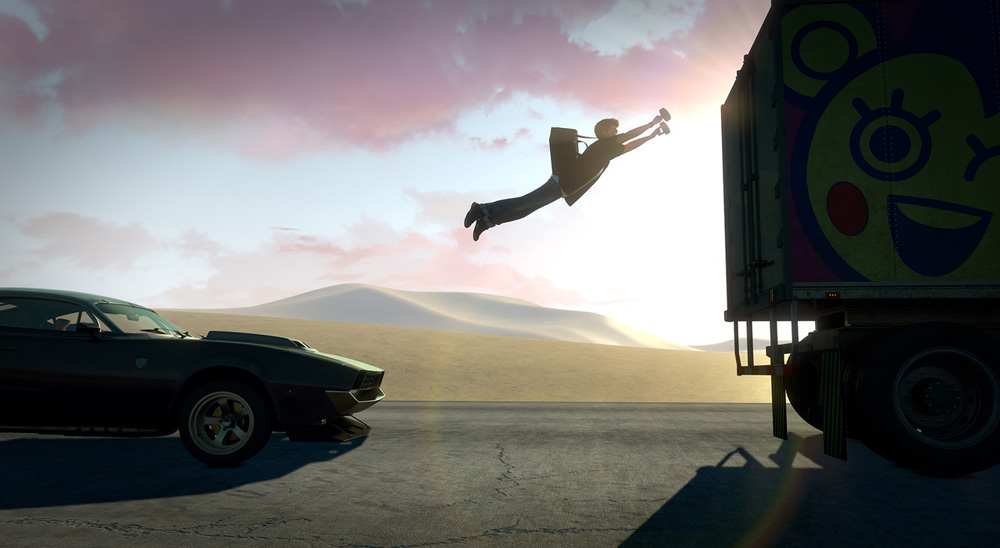 Haaland, Hedrick and CG supervisor Chris Browne made a point of looking at live-action films, animated features and took into account how certain shots came together and how they’d fit into what they wanted to do with this series. They even considered different styles of animation before arriving at the powerful, gritty style of the show.

“We wanted feature-quality car chases and stunts on a TV animation budget,” says Haaland. “We spent a lot of time studying the Fast & Furious movies and we noticed there’s a high shot count. So we did get a lot more shots for our action sequences so that they cut a lot more. We studied the cinematography and the low angle shots in live-action movies where they use what’s called an ‘ultimate arm’ so they can do all these incredible tracking shots and all the races. We’ve approximated what they do in the world of CG, so we’re constantly blending quick camera shots with these moving, low-angle shots. Then we cut inside the cars to the characters to get their reactions all the time. We originally thought we’d do this show in an anime-style but then we looked at films like Spider-Man: Into the Spider-Verse and just thought we liked the look and the feeling of full animation.” 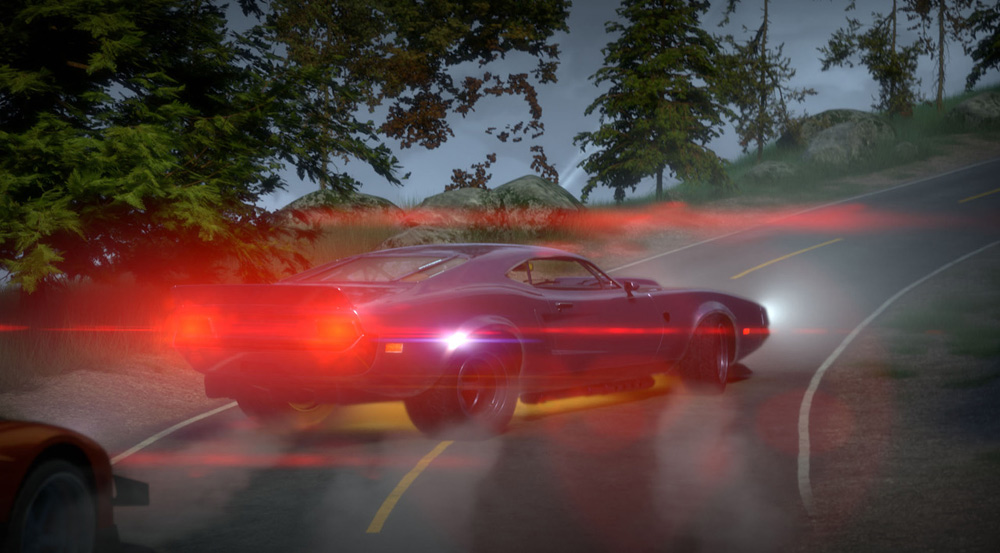 Browne used particular tones and shades in the animation to bring across the specifics in the storytelling. It was all the service of the stories they set out to tell.

“We wanted to push that saturation in the colors and an extreme variety in the colors; we wanted to use the cinematography of the show to move the story along,” says CG supervisor Chris Browne. “In some sequences at night we’d even use a film-noir style of lighting and maybe have some light coming through some blinds. We wanted the viewers to come along on the ride with us and for the cinematography, composition and color to give them a sense of where the story is taking place and help them follow the story and the characters.”

The first season of Fast & Furious: Spy Racers is currently streaming on Netflix. 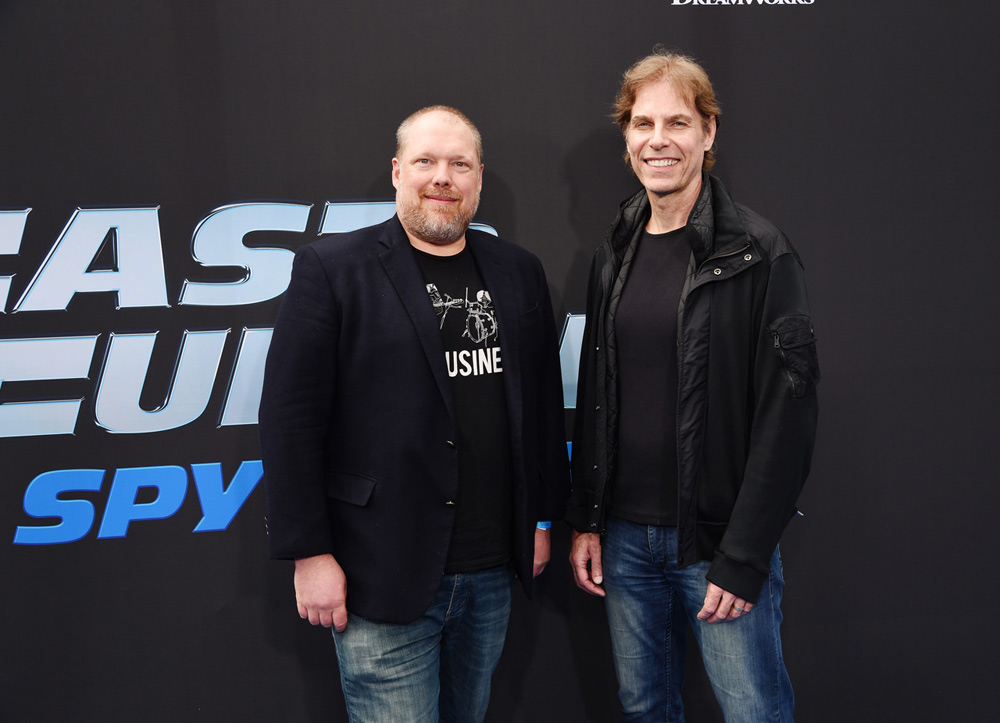