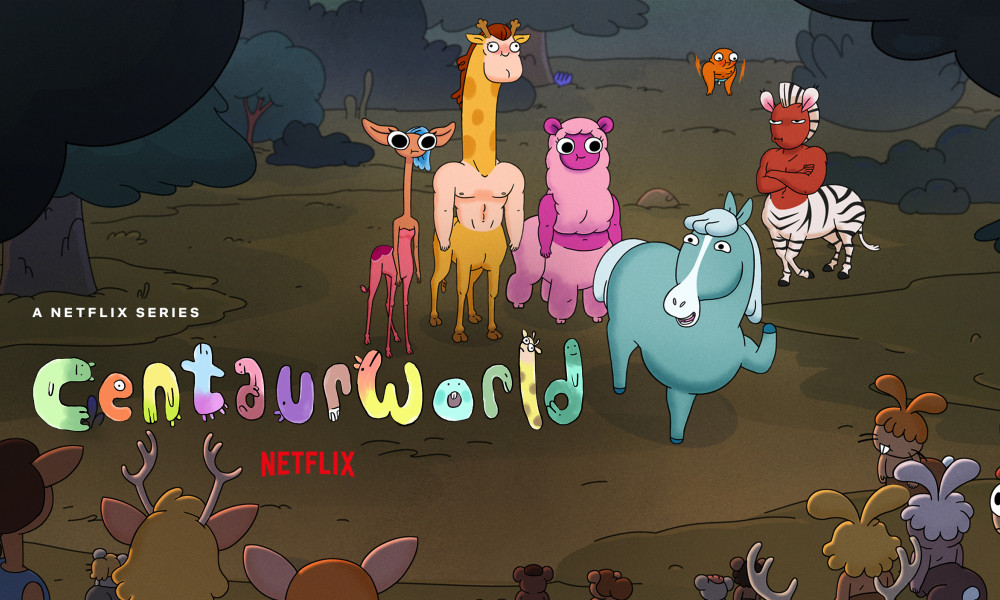 Fans of wildly colorful, crazy, hilarious and surprisingly soulful animated musicals are shining their spurs and preparing for the Season 2 debut of Centaurworld, continuing the rollicking adventures of heroic Horse and her variegated centaur crew in their magical land.

“I’m so excited about where Centaurworld goes in Season 2 — we get to really know the rest of the herd and Rider better and see more of both of the worlds,” said series creator and executive producer, Megan Nicole Dong. “I feel like our team made everything even funnier, more emotional, and intense this season and I really hope people continue to be surprised by where the story goes.”

In S2, Horse (voiced by Kimiko Glenn) embarks on a mission to build an army and defeat the Nowhere King (Tony Award winner Brian Stokes Mitchell). It won’t be easy, but she’s got the herd by her side — and Rider (Jessie Mueller) back home.

Centaurworld follows a war horse who is transported from her embattled world to a strange land inhabited by silly, singing centaurs of all species, shapes and sizes. Desperate to return home, she befriends a group of these magical creatures and embarks on a journey that will test her more than any battle she’s ever faced before.

The voice cast also features Megan Hilty as Wammawink the alpaca-centaur, Parvesh Cheena as Zulius the zebra-centaur, Chris Diamantopoulos as Ched the finch-centaur, Josh Radnor as Durpleton the giraffe-centaur and Dong as Glendale the gerenuk-centaur. In addition to running the show, storyboarding and producing, Dong also pens original songs for Centaurworld and wrote the theme music; Toby Chu (Pixar’s Bao) is series composer.

The Summit runs through Wednesday, November 10 at The Garland hotel in North Hollywood. Learn more at animationmagazine.net/summit.

Catch up on Season 1 of Centaurworld on Netflix, streaming now: netflix.com/centaurworld.