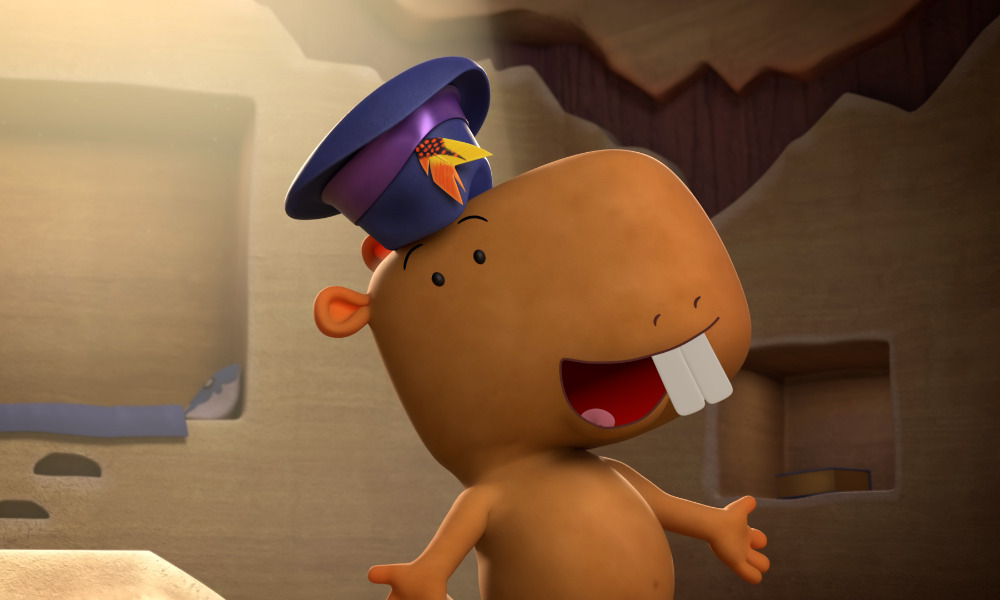 ***This article originally appeared in the 35th Anniversary issue of Animation Magazine (June-July ’22, No. 321)***

Willems, whose many other well-known books include Knuffle Bunny: A Cautionary Tale, That Is Not a Good Idea! and The Pigeon Finds a Hot Dog!, says he knew he wanted to preserve the style of illustration in his New York Times best-selling book in the “rock experience.” That meant cultivating a 2D look for the work. 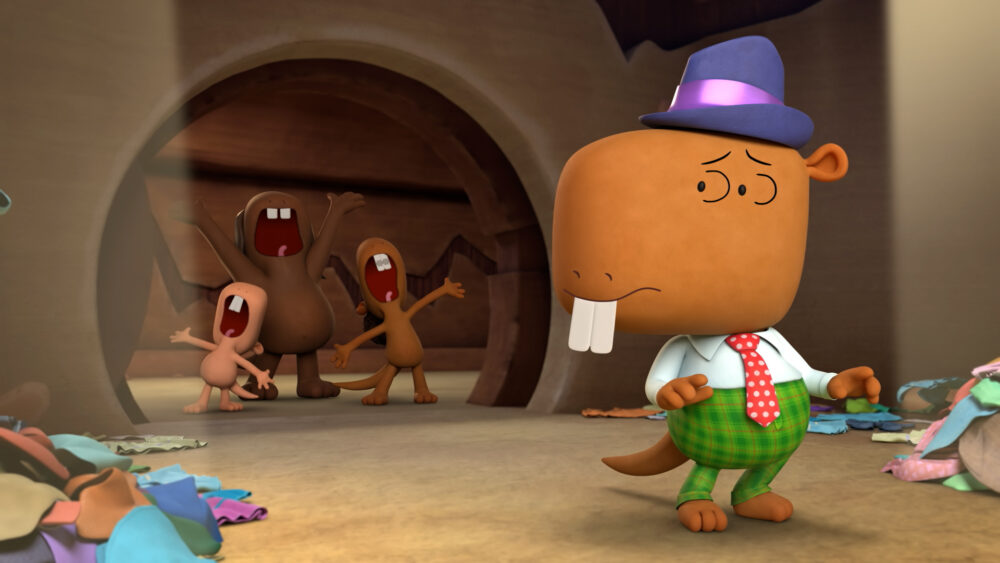 “There were many reasons not to do it in CG (their huge heads and tiny limbs and the fact that their eyes are on one side of the head like a flounder, for starters),” says Willems. “But, for this story to feel real, the characters had to feel real, tactile and huggable. Kudos to Mr. Warburton and the team at OddBot Studios for doing that, just like they did for Muppet Babies.”

Exec producer and co-writer Mr. Warburton tells us, “Pre-production (design, storyboard, animatic, recording, etc.) was handled by OddBot Studios with everyone working remotely, as is the case with most productions nowadays. Snowball Studios in Toronto expertly handled the 3D animation, while Xentrix Toons rocked the 2D animation that happened in the ‘Moleseum of Art.’ OddBot also handled post-production with the help of Boom Box Post for sound effects/mixing and Keep Me Posted for final picture output. All in all, a lot of very talented people made this happen — and me!”

The idea for an animated rock opera was born from oodles of other ideas and projects that Willems had worked on. The author and his collaborators had already created a successful stage show based on Naked Mole Rat. 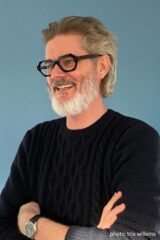 “Three years ago, Greg Silverman at Stampede Ventures started us down the road of taking this special idea to HBO Max, because they knew about the stage version we’d created for the Seattle Children’s Theatre (SCT) in 2018,” says Willems. “That show happened because SCT knew about previous musicals based on my books and had seen the 2D animated short from 2010. That cartoon short was based on the original picture book that was published in 2009, the ideas of which started showing up in my notebooks 15 years ago.”

The special honors the stage musical by mixing a bit of live action along with animation. Willems says he loved seeing the two things brought together in a way he hopes kids will enjoy.

“The live-action/CG mix was a big part of the pitch,” says Willems. “It’s such a weird surprise, which I always love, and it is story driven. Wilbur’s dream is literally out of his world. It was a treat watching two more of my long-time collaborators, choreographer Jessie Hartman and supervising animation director Guy Moore, meld their two crafts together on the shoot for that sequence.” 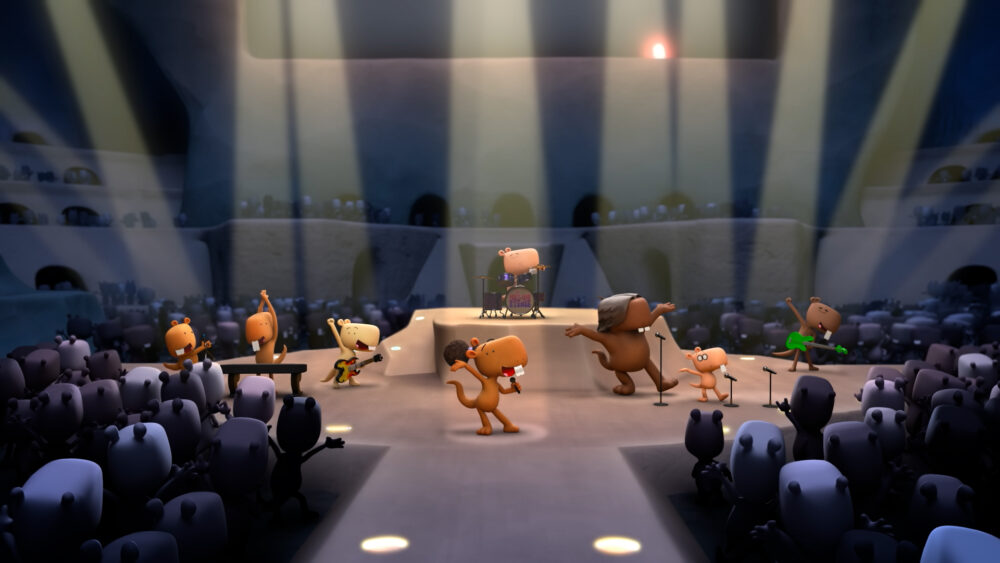 From Page to Stage & Screen

Willems keeps his old notebooks, and much of the reference material needed to take the original story in new, more fully fleshed-out formats was already in there. “There’s quite a bit of world building that goes into creating a story for a picture book, but the point is to take that stuff out and concentrate on the adventure’s essence,” he mentions. “So, when it comes time to expand a book into another format, I can extract extra moments and ideas from old notebooks. Before creating the special, we had the luxury of having already developed the story for the stage, where we discovered that surrounding our characters in both physical and musical rock opened up a lot of fun opportunities.”

“They’re a combination of pals we’ve known and worked with for decades and new friends like Jordan Fisher who rolled in and immediately rocked Wilbur,” says Willems. “Our voice over director Collette Sunderman has been working with Mr. Warburton since Codename: Kids Next Door. Her ear, her taste and her ability to communicate with actors is amazing. When an actor sees Collette in the studio, they immediately relax because they know they’re about to have a great time.” 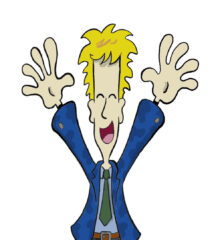 Says Warburton of the COVID-19 restrictions: “In less pandemic-y times, we would have all been in the recording studio together. But we still had a great time recording remotely; laughing, singing and adding to the dialogue with Yvette Nicole Brown (Grande), Kate Micucci (Tall) and Kevin Michael Richardson (Venti). And, gasp, the legendary Carol Kane (Grand-Mah)! (Plus some other special guests you might recognize).”

As they began to reimagine the book that became a musical as a new animated special, new ideas were taken to the next level. Willems and Warburton even have a special word for that process.

“I created the stage version of this rock opera with my longtime collaborators, composer Deborah Wicks La Puma and dramaturge Megan Alrutz,” says Willems. “So, it’s Deborah’s music, my lyrics, Megan’s advice. When it came time to bring the story to the screen, we realized we could expand the locations and give the whole experience some extra ‘oomph’ (that’s a technical term for increasing its awesomeness 329.2%). So, my pal and longer-time collaborator Mr. Warburton and I rewrote the script while Deborah teamed up with Daniel Petty to super ‘oomph’-ify the music.”

Adds Warburton: “And then composer Keith Horn added another 132% of oomph-osity with his underscore. That pushed the story cinematically, and emotionally, to the next level.”

Maybe the most poignant moments in this rock opera happen when characters ponder their own behavior. Some behavior seems fun, but they must also weigh how it would impact their friends and loved ones.

“Every work has a controlling idea,” notes Willems. “We used this as our North Star that Jay Judah and Claire LaPlante at Stampede Ventures could embrace as the rationale behind every single production decision. In the original book, it’s the question: ‘Why not?’ With a bigger special, the controlling idea had to grow as well. So, we created an ‘accepting in’ story as opposed to a ‘coming out’ story. I don’t think individuals with a difference should be obligated to be heroes as well. Instead, the culture can accommodate, find ways to accept and celebrate authenticity. Accommodating is not capitulating; it is sharing space and showing love. So, in the end of this story, not every Naked Mole Rat wears clothes, but those that do are embraced for finding a sleeve to put their heart on.”