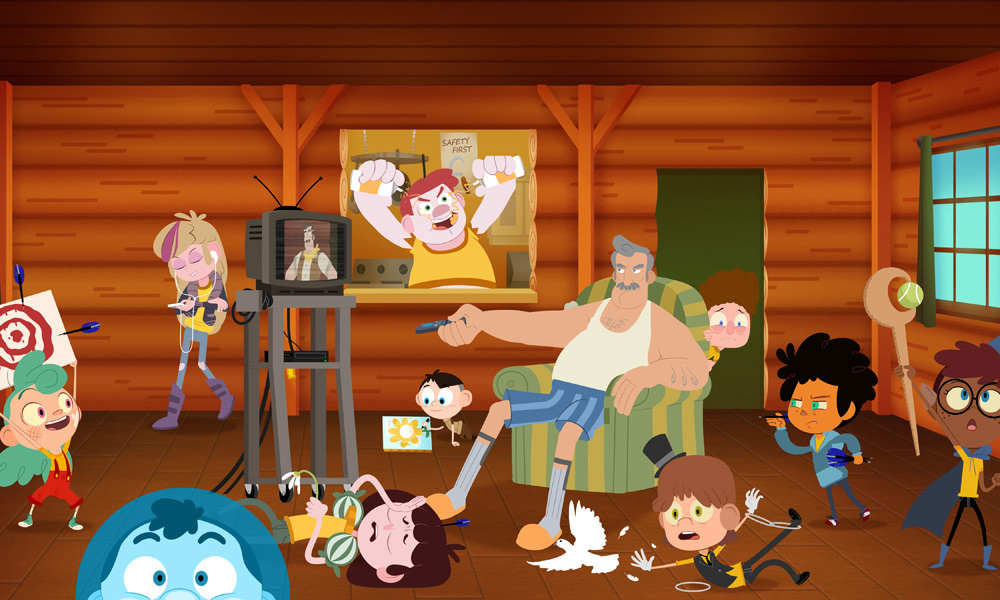 Rooster Teeth is continuing the hilarious, not-for-kids misadventures of its original animated series Camp Camp, with a fourth season set to debut on Saturday, June 1. In the exclusive clip below, you can get a taste of the upcoming fun, as Max refuses to believe the other campers’ insistence that he’s changed for the better over the summer — and he’s determined to show them they’re wrong.

Described as South Park meets Gravity Falls, Camp Camp tells the story of Max, a jaded 10-year old stuck at a dysfunctional summer camp full of misfits who find fun and friendship on some days, and chaos and mystery on others. In Season 4, Camp Campbell is still the chaotic mess it’s always been but there are some changes afoot. Can people change? How do people change? Is change a bad thing?

New episodes will roll out weekly on Saturdays starting June 1, premiering exclusively for Rooster Teeth FIRST members and then made available for free after seven days, only on Rooster Teeth.

Catch up with full episodes of Camp Camp on RoosterTeeth.com