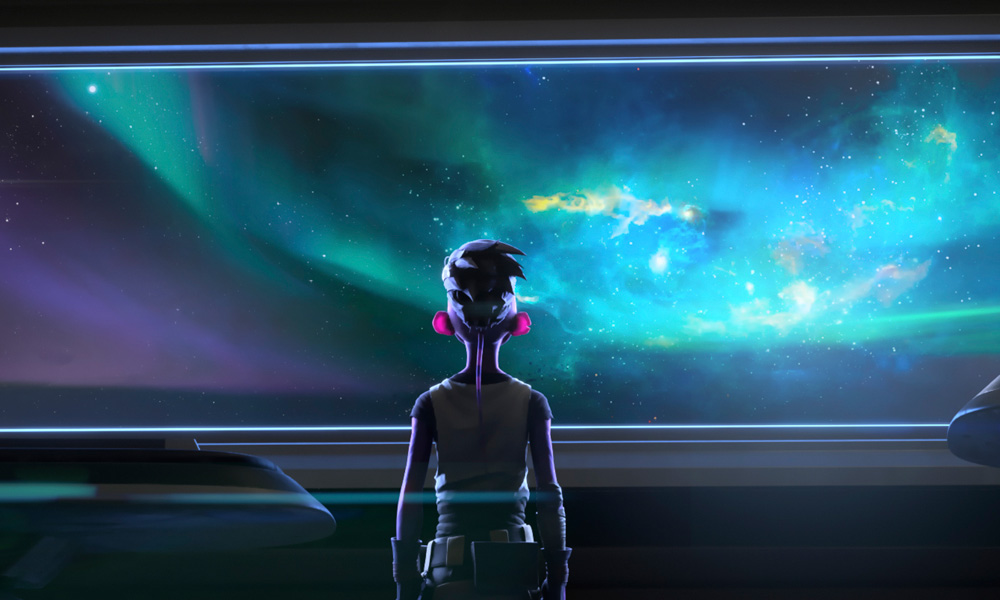 It’s been 55 years now since the original Star Trek series started its journey to boldly go where no one has gone before. And after hundreds of hours of seeking out new life and new civilizations across nine TV series (with more on the way), and more than a dozen movies, Gene Roddenberry’s creation is still boldly going — this time, into CG animation with Star Trek: Prodigy, the first TV series in the franchise aimed at younger audiences.

Developed by Kevin and Dan Hageman, Star Trek: Prodigy follows a crew of young aliens who come together aboard an abandoned Federation starship to search for a better future. Guiding their voyage and exposing them to the ideals of Starfleet is an emergency training hologram with the likeness and voice of the legendary Captain Kathryn Janeway of the USS Voyager. 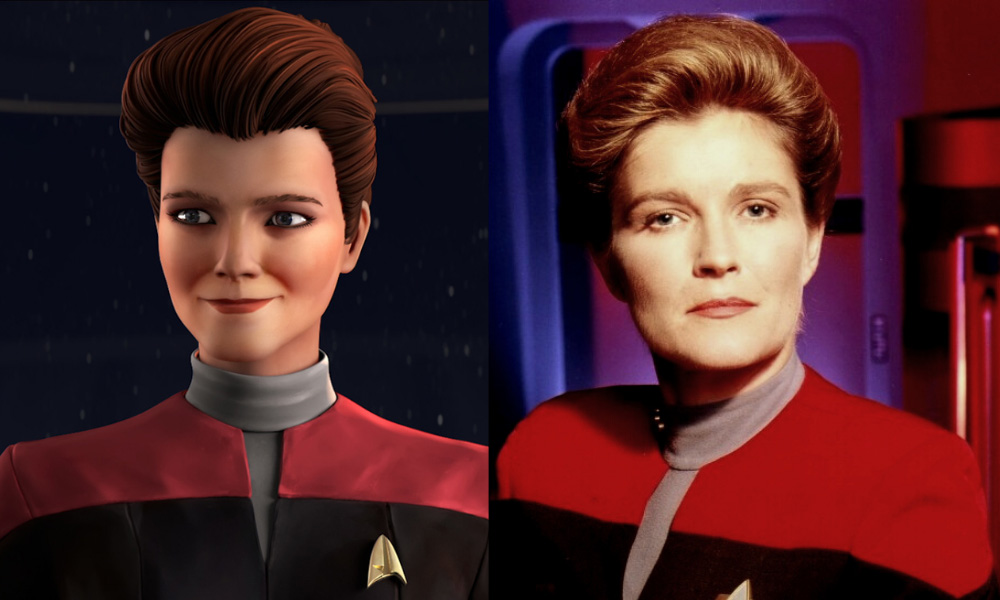 Kate Mulgrew reprises her role as Janeway, joined by a cast of young talent playing aliens both familiar and new. Among them: Rylee Alazraqui as Rok-Tahk, a bright but shy eight-year-old female Brikar whose hulking body resembles a pile of rocks; Brett Gray as Dal, a hopeful, 17-year-old maverick from an unknown species; Angus Imrie as Zero, a formless Medusan who wears a containment suit to keep others from going mad at the sight of its true self; Jason Mantzoukas as an argumentative, 16-year-old Tellarite named Jankom Pog; Ella Purnell as a 17-year-old Vau N’Akat named Gwen, who’s always dreamed of exploring the stars; and animation veteran Dee Bradley Baker as Murf, a blob-like alien who likes to eat ship parts.

Produced by the Nickelodeon Animation Studio and CBS’s Eye Animation Productions, Star Trek: Prodigy is animated by Technicolor and its first season is set to premiere this month on Paramount+ in the U.S., followed by a linear TV run next year on Nickelodeon.

The approach had immediate appeal for Nickelodeon, says Claudia Spinelli, Nick’s senior VP of animation development. “It was just immediately apparent that this is a story we needed to tell and needed to have become part of our library,” she says. “It captures so many of the things that are just inherent in kids today, and also those qualities that are always about what it is to be a kid.”

Director, co-executive producer and creative lead Ben Hibon says Star Trek: Prodigy was a great chance to reconnect with the ever-present and overarching themes Roddenberry established for the series.

“It’s a story of the many rather than the story of a few, or the one,” he says, paraphrasing a classic line from Mr. Spock. “That’s something that always really connected with me. There’s also that positivity of Trek … this idea of finding that better version of yourself by empathy, by connecting, by integration, by trying to understand others.” 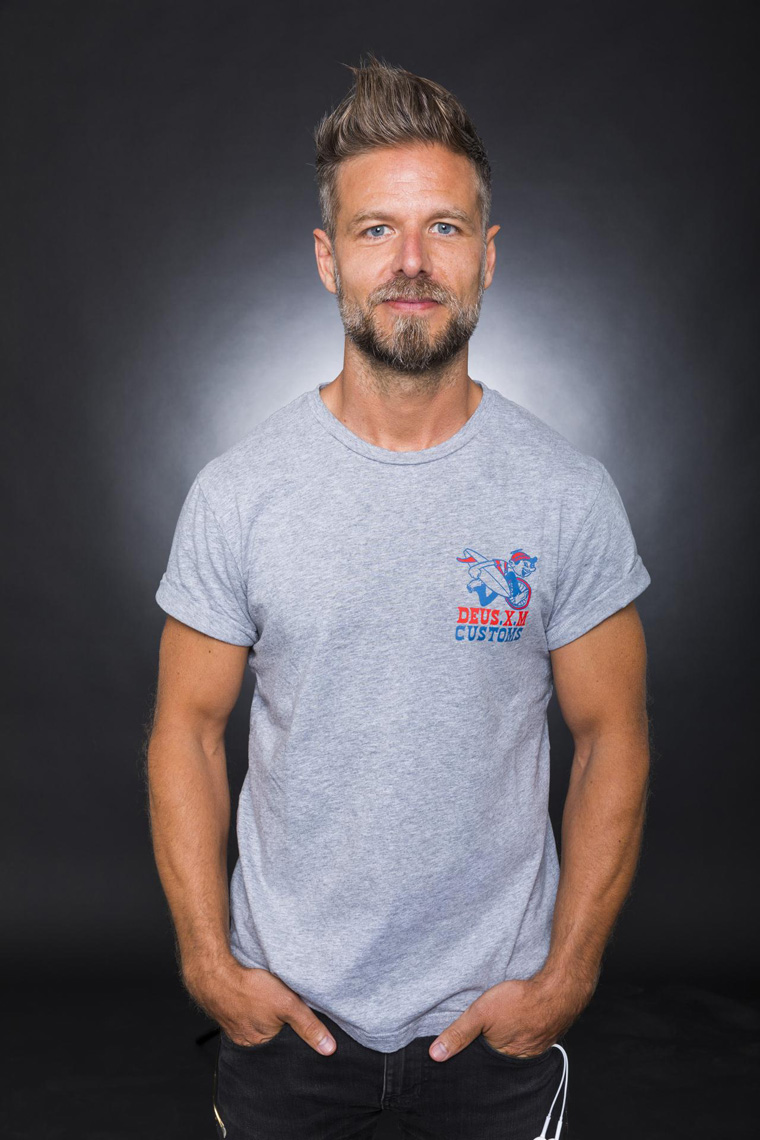 Hibon says much of the first season was already written when he beamed aboard. “There was a great sense of the arc of the characters and how they were fleshed out, and the arcs of the story — but there was no visuals whatsoever,” he says. “I came on board as a storyteller, but also to start visualizing what the show and that world would look like.”

Building the look of the show required using his storyboarding skills to find visual narrative ways to express concepts and figure out what was the right amount of newness required to extend the look of Star Trek without making it unrecognizable. He also, as director, worked on the tone of the show.

“The cinematic style was very important for the show,” he says. “It needed to have a grand sense of adventure, humor and honest emotion.” In establishing the look, Hibon says his approach to camera work, lighting and blocking incorporated live-action techniques.

That follows the original approach of Star Trek, which set out to tell believable and realistic science-fiction tales. “We really paid attention to keeping things within the realm of reality, of realism, in terms of action,” Hibon says. “We really love the idea of never breaking that glass ceiling. We never go into the fantastical for the sake of it, or for the action’s sake of it.”

Art director Alessandro Taini comes to Star Trek: Prodigy from the videogame world. “I always wanted to work in animation because it’s all about storytelling,” he says.

A show like Star Trek: Prodigy presents a lot of opportunities. “You need to, first of all, respect the history of the show,” Taini says. “You need to make sure anything you do, even if it is something new, you need it to still be related to the style of Star Trek, without going too crazy.” That gave Taini an opportunity to create new alien planets and explore variations on the look of Star Trek’s foundational design for things like starships, via elements such as signage. Colors also were pushed in ways that suited CG animation, shooting for the right mixture of stylization while still being grounded.

While the potential of animation to create a universe with depth is unlimited, CG animation has to work within the limits of budget, schedules and technology.

Star Trek character design also has its tradition, and Prodigy adds elements of classic Trek with Jangkom Pog, an alien known as a Tellarite that dates back to the original live-action series; as well as the holographic version of Janeway. Even though she is the only human-looking member of the Prodigy team, Janeway is an iconic live-action character whose design had to look like part of the same world as alien characters designed for animation.

“We’ve been trying to find a real balance between realistic and stylized,” Taini says, adding that he is pleased that Mulgrew was happy with the final design.

The ship is a major element in any iteration of Star Trek. A focus on details over a slightly stylized but still recognizable version of the classic starship architecture produced the right results, Taini says.

Most of Taini’s team worked remotely, with a group in Los Angeles and matte painters, concept artists, 3D artists and others working from all over the world.

Hibon says many factors play a role in creating the final characters. There are the initial designs on the page and the script, but the actors played a big role in interpreting them for this show.

For example, Gray brought a lot of energy to his role and helped give Dal a lot of enthusiasm and hope. “He fancies himself a bit of a maverick,” Hibon says of Dal. “At the end of the day, a lot of his great plans fall very often very short, but his heart is big and … his belief in himself is contagious.”

Similarly, Alazraqui’s young voice for the oversized body of Rok-Tahk brought out nuances that were reflected in the animation. “The character is so large that we had to turn down a lot of her animation and the movement,” Hibon says. They worked out what Hibon describes as “very, very small micro animation” to capture the character’s mix of fragility and innocence.

Introducing Roddenberry’s ideas to a younger audience was really exciting, Hibon says, as Prodigy takes for the first time a young and inexperienced crew of characters on a journey of growth and exploration through the Star Trek lens.

“They have questions,” he says. “They’re trying to do things for the right reasons, but everything is challenging. Those challenges help the characters learn who they are, but also test them to use their minds and think through problems with logic. I think there’s something that is right about it, as a message for a younger audience,” Hibon concludes.