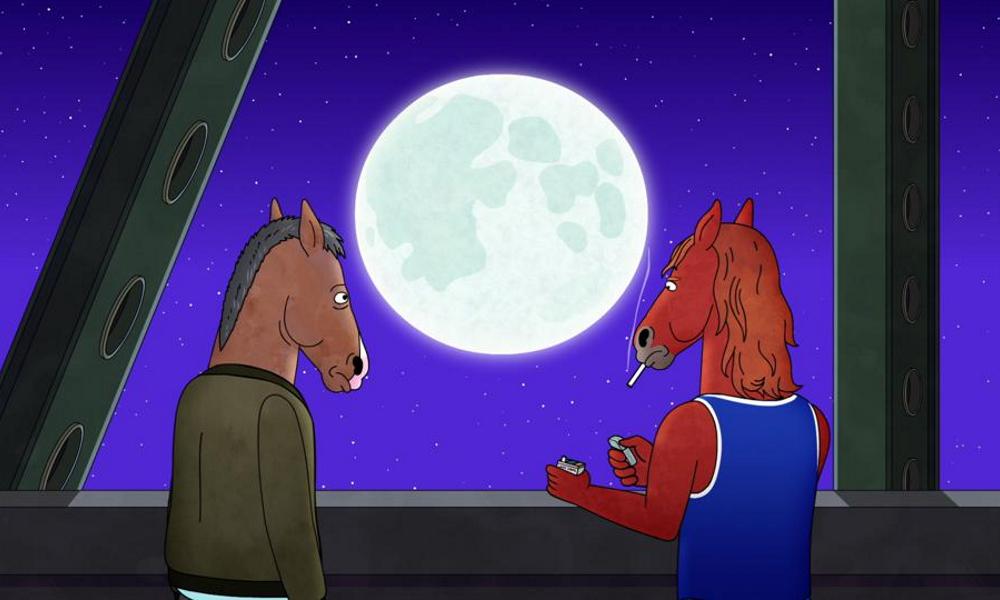 While fans have had to say a bittersweet farewell this year to one of the most acclaimed adult animated shows, there are many behind-the-scenes morsels yet to be revealed and appreciated. In a new commentary video provided by Netflix, BoJack Horseman creator and showrunner Raphael Bob-Waksberg breaks down some of the stand-out moments from the penultimate episode “The View from Halfway Down.”

In the clip, he explains how one part of the episode was actually given more depth due to a scheduling conflict. The scene sees BoJack dream of a conversation with his abusive father in the form of his hero, Secretariat, who is usually voiced by John Krasinski. However, as Bob-Waksberg points out, the actor-director is “very busy,” so it was decided that series star Will Arnett would act out both sides of the conversation and, hopefully, Krasinski could overdub it later.

“But after we did this recording session, the writer of the episode Alison Tafel and I were so awestruck and moved by it. We thought, we gotta keep it this way, this is a beautiful performance,” Bob-Waksberg recalls. “And it also feels like a culmination of the show, in many ways, to have Will Arnett talking to himself. Because, again, this voice is BoJack’s father, but it also feels like BoJack. And because it is his dream, it is kind of BoJack creating the conversation he would want with his father. So, there are a lot of cool ways to interpret that moment.”

The series creator also praises the subtle yet communicative facial animation of the sequence, and the work of episode director Amy Winfrey. “Other than Mike Hollingsworth, our supervising director, she is the only director who has directed on every season of BoJack … I think she’s directed more episodes than anyone else. So, she really understands the characters and understands the show, and knows how they operate.”

The video also explores the return of guest star Zach Braff (and others from the series’ character graveyard), the episode’s titular poem performed by Secretariat and other delicious crumbs of BTS details that fans won’t want to miss. Watch it below.

BoJack Horseman is nominated for Outstanding Animated Program in the 2020 Primetime Emmy Awards, for the second consecutive year. All six seasons are available to stream on Netflix.