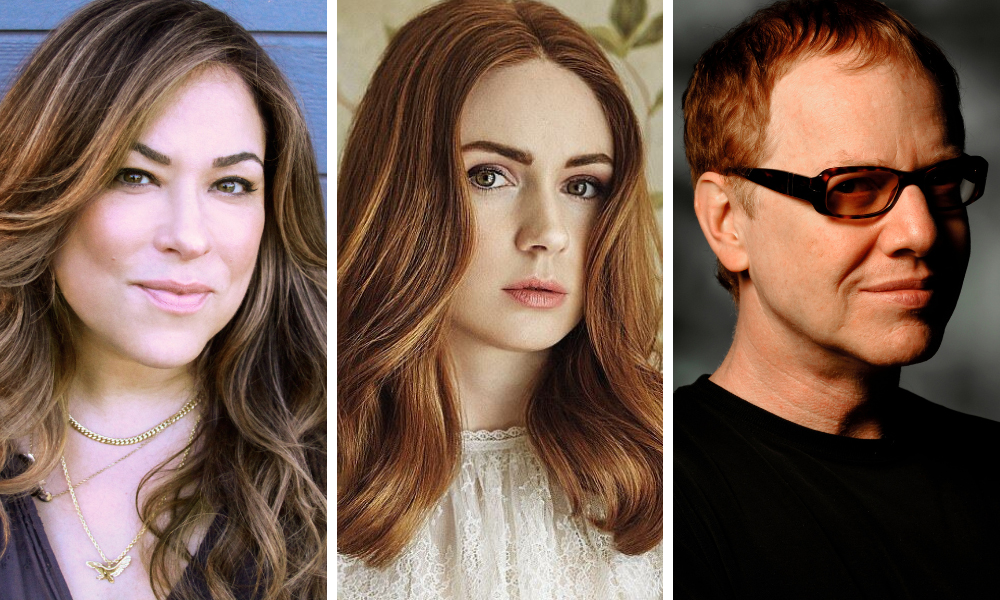 Disney+ has put Emily Kapnek’s animated musical project Rhona Who Lives by the River into development. The Disney Branded Television series is produced by 20th Television Animation. Karen Gillan will star as the voice of “Rhona” and is attached as an executive producer, and Danny Elfman will create and oversee music on the project and will be an executive producer. Creator Kapnek, who is under an overall deal with ABC Signature, will serve as showrunner and executive producer. Stoopid Buddy Stoodios (Robot Chicken, Marvel’s M.O.D.O.K.) will provide animation.

Rhona Who Lives by the River follows the adventures of Rhona #3 (Gillan), the third most interesting Rhona in a small Scottish town, whose life is utterly dull. But after a freak clootie well accident results in bacterial pink eye and the ability to make her own wishes come true, Rhona’s star is finally on the rise!

“We’re so pleased that Emily and Karen chose Disney Branded as their home,” said Ayo Davis, President, Disney Branded Television. “They’re exceptional at creating characters that embody powerful moments of anticipation, humor, and warmth. Along with Danny, a music visionary who sees all the magic that’s possible in a story; we know that we are in great hands.”

Kapnek has created and executive produced five series including the critically-acclaimed Suburgatory, which ran for three seasons on ABC starring Jane Levy, Jeremy Sisto and Cheryl Hines; Selfie (ABC), which paired Gillan and John Cho; and most recently Splitting Up Together which ran for two seasons on ABC as well. She began her career having created the multi-Emmy-nominated animated series As Told by Ginger, which ran for three seasons on Nickelodeon. She has worked on series including Parks and Recreation (NBC) and Hung (HBO). She is currently in an overall deal with her company Specifica Productions at ABC Signature.

Gillan can currently be seen starring in Navot Papushado’s action thriller Gunpowder Milkshake (Netflix), opposite Lena Headey, Angela Bassett, Michelle Yeoh. She is perhaps best known for her roles as “Nebula” in the Avengers and Guardians of the Galaxy franchises, as well as ‘Ruby Roundhouse’ in the global blockbuster Jumanji films. Upcoming, she can be seen starring in the sci-fi thriller Dual alongside Jesse Eisenberg and Aaron Paul; Shelly, an action-comedy co-starring Awkwafina; Taika Waititi’s Thor: Love and Thunder and James Gunn’s Guardians of the Galaxy Vol. 3.

A native of Los Angeles, Elfman grew up loving film music. He helped found the band Oingo Boingo, and came to the attention of a young Burton, who asked him to write the score for Pee-wee’s Big Adventure. In addition to his film work, Elfman wrote the iconic theme music for the television series The Simpsons and Desperate Housewives. Elfman has expanded his writing to composing orchestral concert works which include: Serenada Schizophrana, a symphony commissioned by the American Composer’s Orchestra; Rabbit and Rogue for the American Ballet Theater, choreographed by Twyla Tharp; and Iris for Cirque du Soleil directed by French choreographer Philippe Decouflé.  In 2011, Elfman’s Music from the Films of Tim Burton live orchestral concert, premiered at Royal Albert Hall, and has since toured around the world and won two Emmys. In 2017 Elfman premiered his first violin concerto in Prague, which was performed by the Czech National Orchestra. This year, his first Piano Quartet commissioned by the Berlin Philharmonic Piano Quartet will premiere in the fall at the Berlin Philharmonie. In October 2020, Elfman released a new single, “Happy”, the first solo music he had released since 1984.