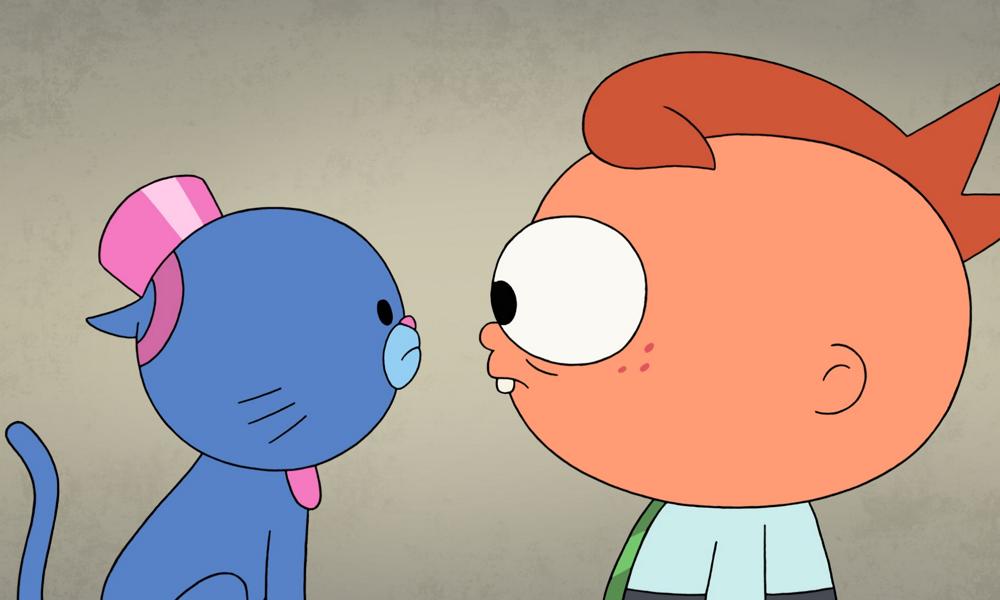 This summer, a cheerful eight-year-old boy named Tiggy and his gadget-building cat Gweeseek begin their animated adventures on HBO Max. Their show, which is called Tig n’ Seek, is the first series created by Myke Chilian, who was a storyboard artist and writer on Uncle Grandpa and designer on Rick and Morty.

During a recent interview, Chilian tells Animation Magazine that his fun new show has had a wide range of inspirations. “It ranges from the cartoons and films that have influenced me, to my experience growing up in an Armenian household, to my relationships with friends,” he explains. “As a kid, I was always attracted to the idea of running a business with a bunch of wacky employees. A fun place where people clock in and have a job to do, like organize toys or catch bugs in the backyard.” 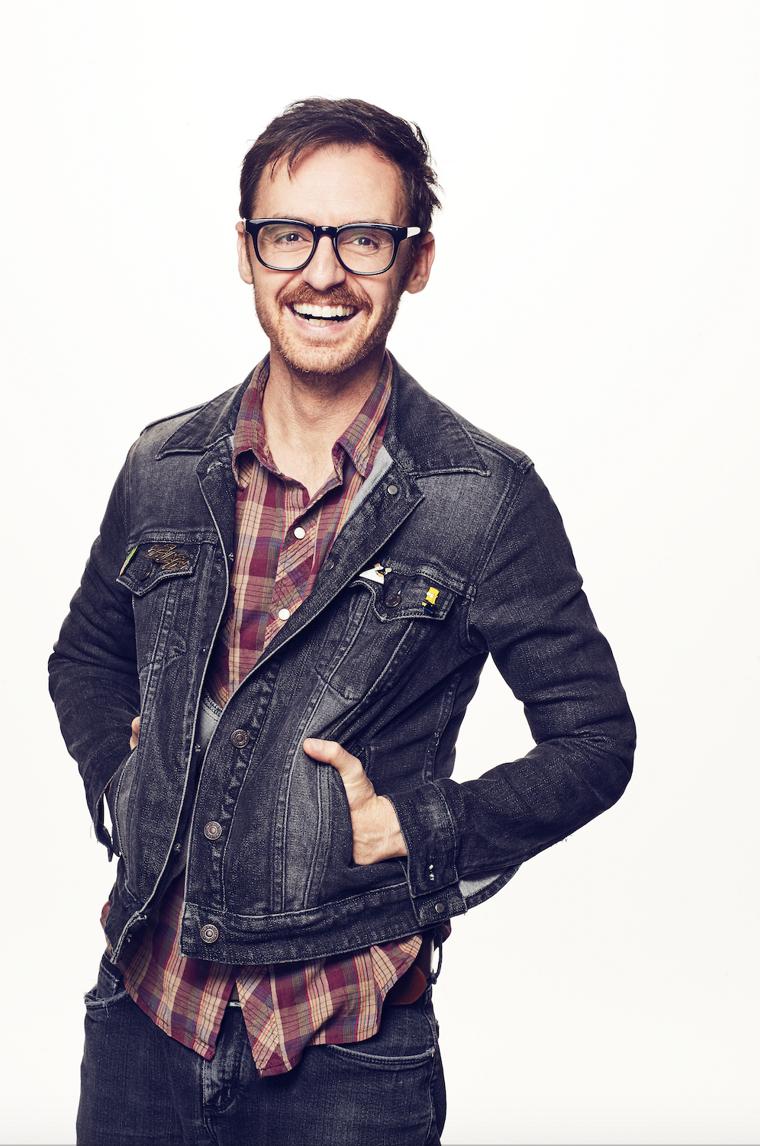 The 39-year-old series creator says he was very much influenced by movies like Ghostbusters and Beetlejuice, where catching ghosts or living in the afterlife were bureaucratized and had rulebooks. “But the premise for the show was originally based on the relationship between me and my old cat, Gweeseek,” he notes. “I’d squeeze her and sing cutesy songs while she’d stare at me with a blank face.”

Tropes with a Twist

The show’s characters all work at the Department of Lost and Found. “We wanted to treat Tiggy’s co-workers like his pseudo-family,” says Chilian. “They’re inspired by the easily identifiable tropes I always saw in sitcoms growing up — the dumb dad, the angry sister, the desperate neighbor. Having characters that are defined by single emotions is great for an ensemble cast like ours and makes for rich situational comedy.”

The development process for the show began around 2015, as part of Cartoon Network’s pilot/shorts program, but Chilian says the pilot (which was called Tiggle Winks) was very different from what the show evolved into. “The series was greenlit around 2018 and we’ve been working on it ever since,” he says. “I have a crew of about 30-plus people ranging from storyboard artists, designers and production staff. That’s not counting the overseas animation studio, Rough Draft in Seoul, Korea, which has dozens more animating the show. I got the chance to visit Rough Draft last year and it was amazing. Their animation studio is top notch. Some of the best shows in the industry have come out of there, like The Simpsons, SpongeBob, Futurama — so it is an honor to be working with them on my first show.”

“The cool thing about Rough Draft is they still animate traditionally on paper,” notes Chilian. “There aren’t many places left in the world who still have mastery of this craft, so it was very cool to see them at work in person. Plus it was my first time in South Korea, so it was a very special trip!”

When asked about his favorite aspects of creating the show, Chilian says he loves the cast and crew. “I work with such amazing, talented and kind people,” he says. “Tig n’ Seek has actually changed a lot since the pilot episode and I think it has really developed into something of high quality. I owe this to the amazing team I have around me. They work hard and have a specifically vetted taste I can trust. It’s very hard to be a first time showrunner because you constantly have to make the right decision for something you’ve never done before. So having people around me with such refined tastes makes me feel confident we are on the track.”

Another source of pride is the show’s background art. Chilian says the background theory has really worked out for the project. “We push perspective a lot and render everything very painterly,” says the show creator. “It has really added the type of artistry you’d see in classic animation.” 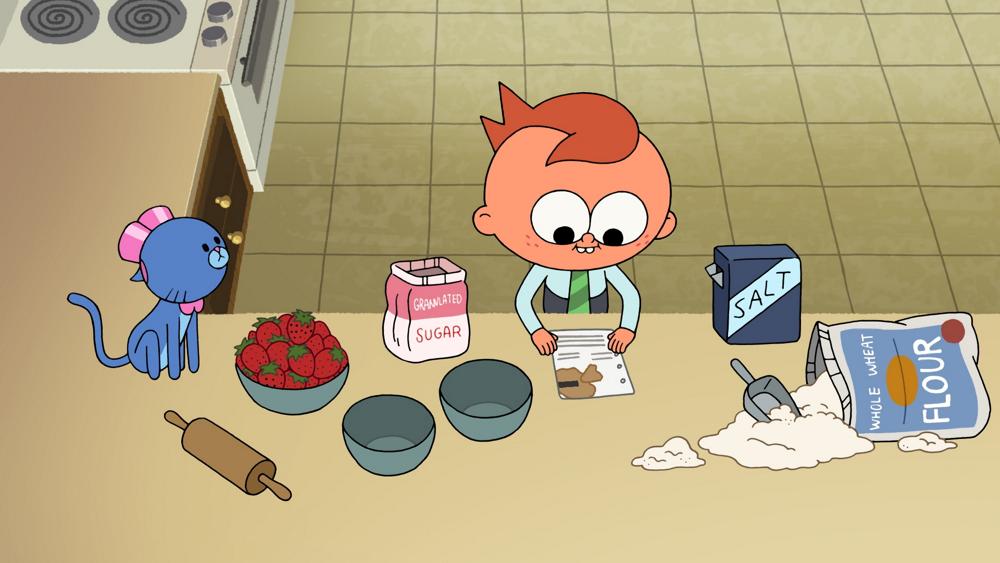 Of course, like everyone else around the world, Chilian had to deal with the new COVID-19 stay-at-home era these past few months. “We’re lucky because we are still able to work on the show, but working from home is difficult for some of us,” he admits. “Everything is very locked down, so you have to sign in with special servers and use five different passwords to access files. It’s a whole thing. Plus, our voice actors can’t get to recording booths. It looks like they will be allowing us to go in soon to record, but it will be much different than a normal recording session. They’ll only have one or two people in the studio at a time and will have to completely disinfect the booth in between actors.”

Chilian says he has been drawing from an early age, and he wanted to pursue animation since he was in high school. “That doesn’t mean I always knew it would work out,” he adds. “I went to community college for music composition, and I’ve been in bands my whole life alongside animation. But cartooning always came natural for me whether I knew it was going to be a career choice or not.”

He includes animation legends such as Tex Avery, Bill Plympton, Richard Williams, Terry Gilliam, Mike Judge and Matt Groening as some of his heroes, and he mentions Columbo, The Simpsons, Mr. Show and The Young Ones as a few of his favorite shows. In the cinematic realm, he prefers folks like Federico Fellini and Spike Lee because their movies are stylized and push conventions. 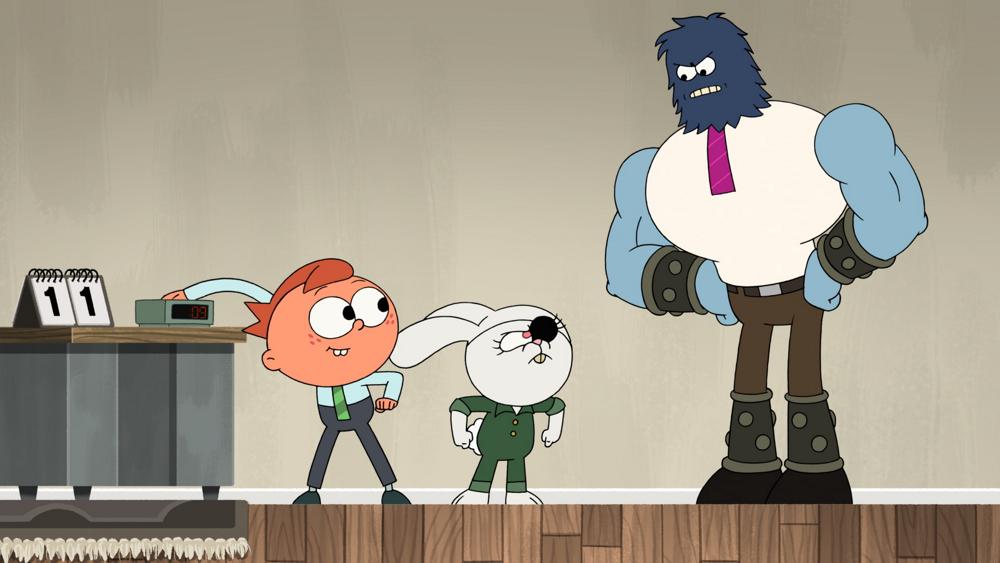 Among his helpful tidbits of advice for thriving in animation: “Expand your tastes and don’t just watch what everyone else watches,” says Chilian. “I’m regularly looking through storyboard tests for new hires and I see people who are influenced by a lot of the same things — anime, D&D, dragon shows, video games, etc. And although I too like all those things, I’d rather work with people with more unique tastes. It could be avant garde music, outsider art, classical authors, foreign films — anything on the fringes of mainstream. Expanding your influences is what will help you stand out from everyone else.”

He adds, “And practice! It’s not enough to just have drive. I think people don’t realize how much they need to practice to be a great anything. Animation is a lot of hard work. You have to assess, ‘How bad do I really want this?’ and put in the amount of work that matches your drive.”

For now, the talented animation creator is excited for family audiences to discover the charming world he and his team have brought to life. “I really hope people see themselves in this show and it makes them laugh,” he admits. “Like, genuinely laugh. These characters are so flawed that it makes them relatable. You can’t help but crack up at all the mistakes they make!” 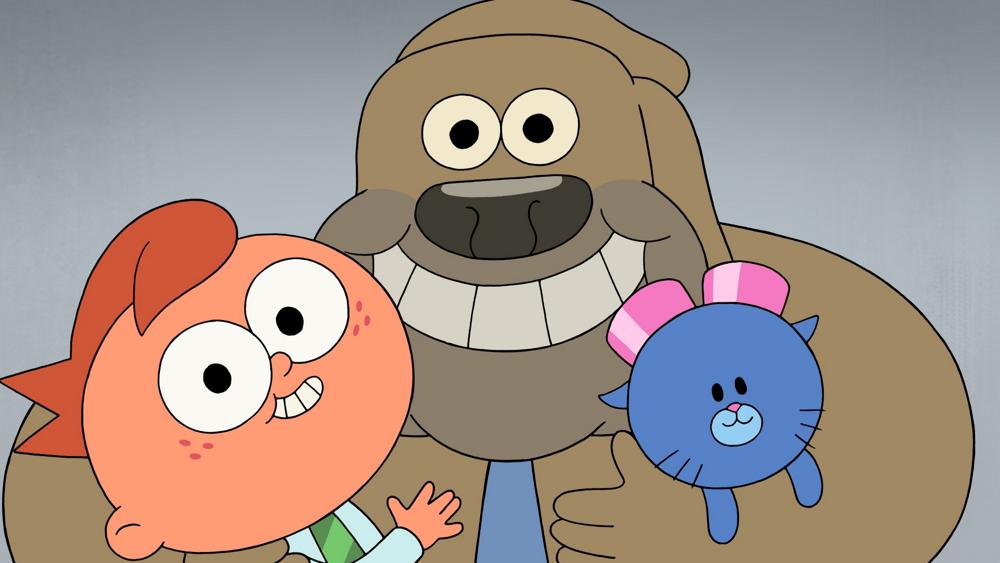