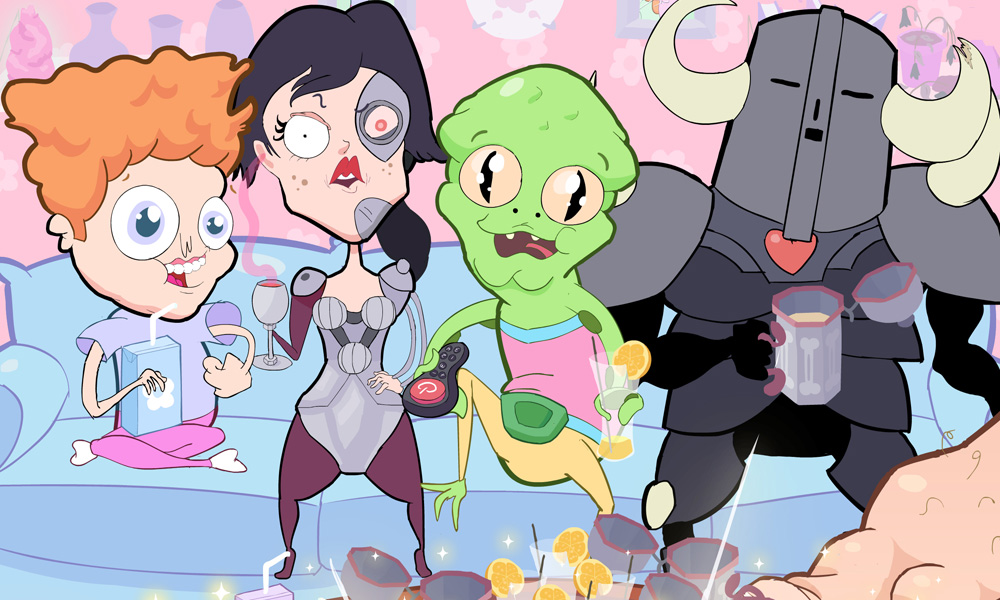 DrinkTV — a streaming network aimed at bartenders, patrons and beverage connoisseurs — has teamed up with Shout! Studios and Dr. God on Hell Den, a new animated series streaming exclusively on the platform. The show mixes original animation and re-dubbed cartoons in a deliciously warped and hilarious brew of social satire, musical parody, and good ol’ fashioned absurdist humor.

“Not much goes together better than a few drinks and a few laughs with friends. We’re big fans of Dr. God’s uniquely twisted brand of comedy, and we’re excited to premiere Hell Den on DrinkTV,” said Chris Burke, Co-Founder, DrinkTV. “As soon as we watched the concept trailer we were excited to commission a series. As fans, we really wanted to see where they’d go with it, and they did not disappoint! As the go-to streaming destination for drinks-themed content, we just didn’t think DrinkTV’s programming lineup would be complete without a post-apocalyptic dystopian animated series featuring aliens and robots enjoying martinis and watching old cartoons. Thankfully, Dr. God and Shout! Studios have helped us check that box with style.”

The six episode series takes place after an Uber-Apocalypse wipes out civilization, where one kid miraculously survives: 12-year-old Andrew. His house still has electricity, a working television, a VCR, and his deceased parents’ fully stocked bar, which draws a few curious apocalypse-creators to his door. There’s Kenneth, the moody Fifth Horseman of the Apocalypse; BET-C, a sympathetic but volatile mutant cyborg; Fleek, a sleazy alcoholic alien; and Giantic, a ponderous giant. Together, they break into the liquor cabinet and join Andrew to watch twisted cartoons and offer their own unique commentary… because destroying the world is hard work.

“Hell Den is a project that we’ve all been dying to make for years. As animation fans, we’ve always wanted to use our improv skills to reimagine classic cartoons,” commented the Dr. God comedy troupe. “It’s something we would do in our homes or at comedy festivals late at night just to make each other laugh. Now we get to make other people laugh at our late night psychosis on DrinkTV…which makes us very happy.”

Shout! Studios’ Jordan Fields added: “With Hell Den, Dr. God has earned its place in the NSFW comedy constellation, and we’re grateful that DrinkTV not only appreciated their unhinged humor but invited it.”

DrinkTV is available at DrinkTV.com and on Roku, AppleTV, iOS and Android devices for $2.99 per month or $29.99 per year. 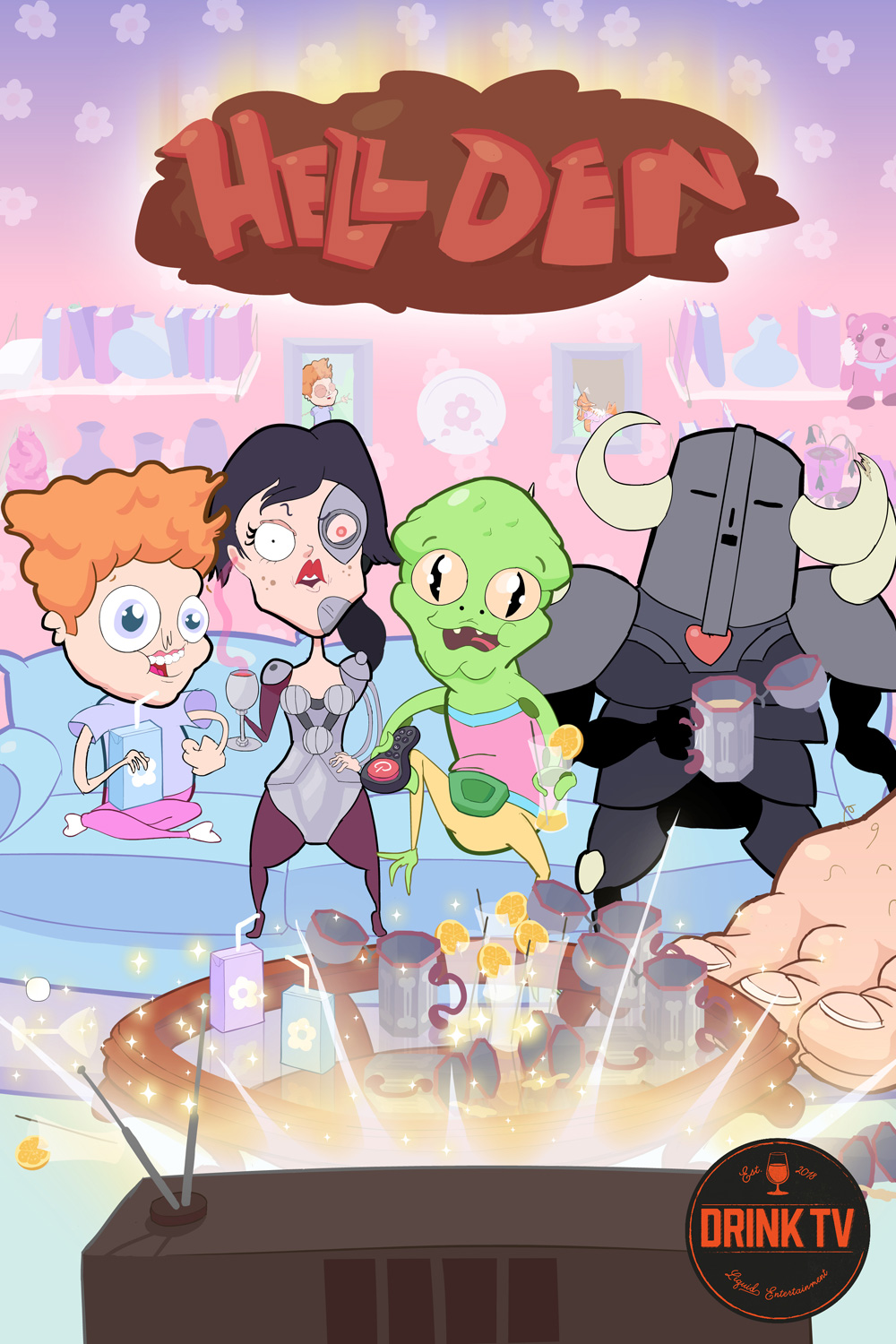