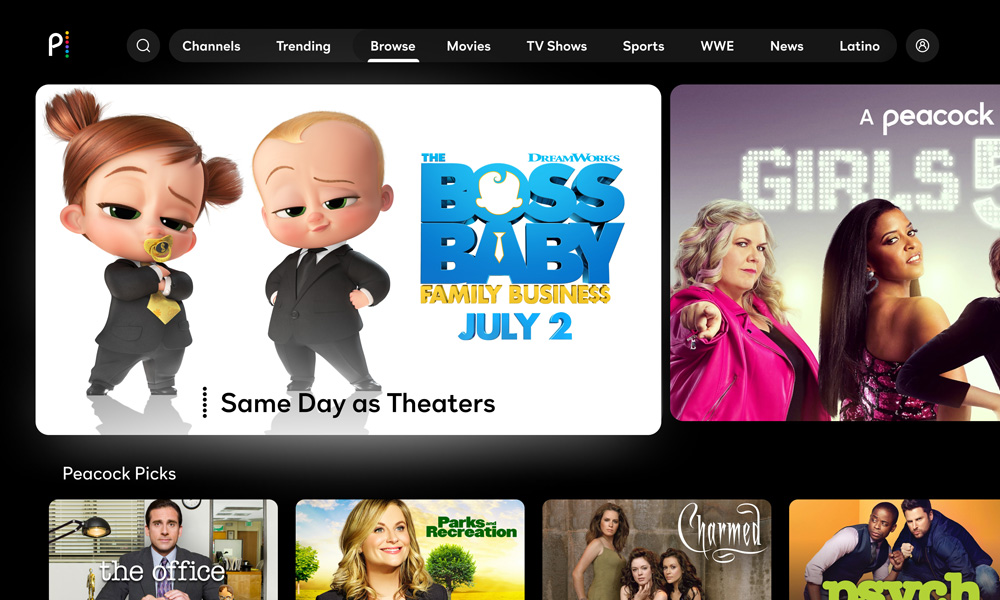 The Boss Baby: Family Business moves from its previously announced September 17, 2021 North American theatrical release date to become the perfect all-audience animated offering over the July Fourth weekend to provide ideal viewing options for both families who are ready to return to theaters or for those who want to watch, and re-watch, at home. The new adventure will begin its international theatrical rollout in select markets with the North American release on July 2.

“Families are at the heart of our decision today to make DreamWorks Animation’s The Boss Baby: Family Business available to everyone this July Fourth weekend, and to give those families the freedom to choose whether to see this joyful, hilarious and heartfelt film from a big-screen theater seat or from the comfort of their own homes on Peacock,” said Jim Orr, President Domestic Distribution, Universal Pictures.

“Our Peacock subscribers love movies, so we are thrilled to be expanding our relationship with UFEG and to offer Peacock customers this premium content from one of the industry’s most beloved animation brands,” said Matt Strauss, Chairman, Direct-to-Consumer and International, NBCUniversal. “DreamWorks Animation films, from Trolls World Tour to Shrek and beyond, are among Peacock’s top performing titles to date, and we’re certain that The Boss Baby: Family Business is sure to become this summer’s ultimate streaming event.”

Over the past year, animated films have thrived both in theaters and on streaming platforms. Last April, in the early days of the pandemic, DreamWorks Animation’s Trolls World Tour became available for digital rental at home and went on to become the highest-grossing new-release digital title of all time. DreamWorks’ The Croods: A New Age was released both in theaters and in-home during the 2020 holiday season and was a critical and commercial success, becoming one of the year’s highest-grossing movies.

Since April 2020, more than 42 million customers have signed up for Peacock, which currently features films from Universal Pictures, Focus Features and DreamWorks Animation as well as from other Hollywood studios. These films complement a massive entertainment library of live and on-demand TV shows, sports, news and Spanish-language programming from across NBCUniversal and beyond. 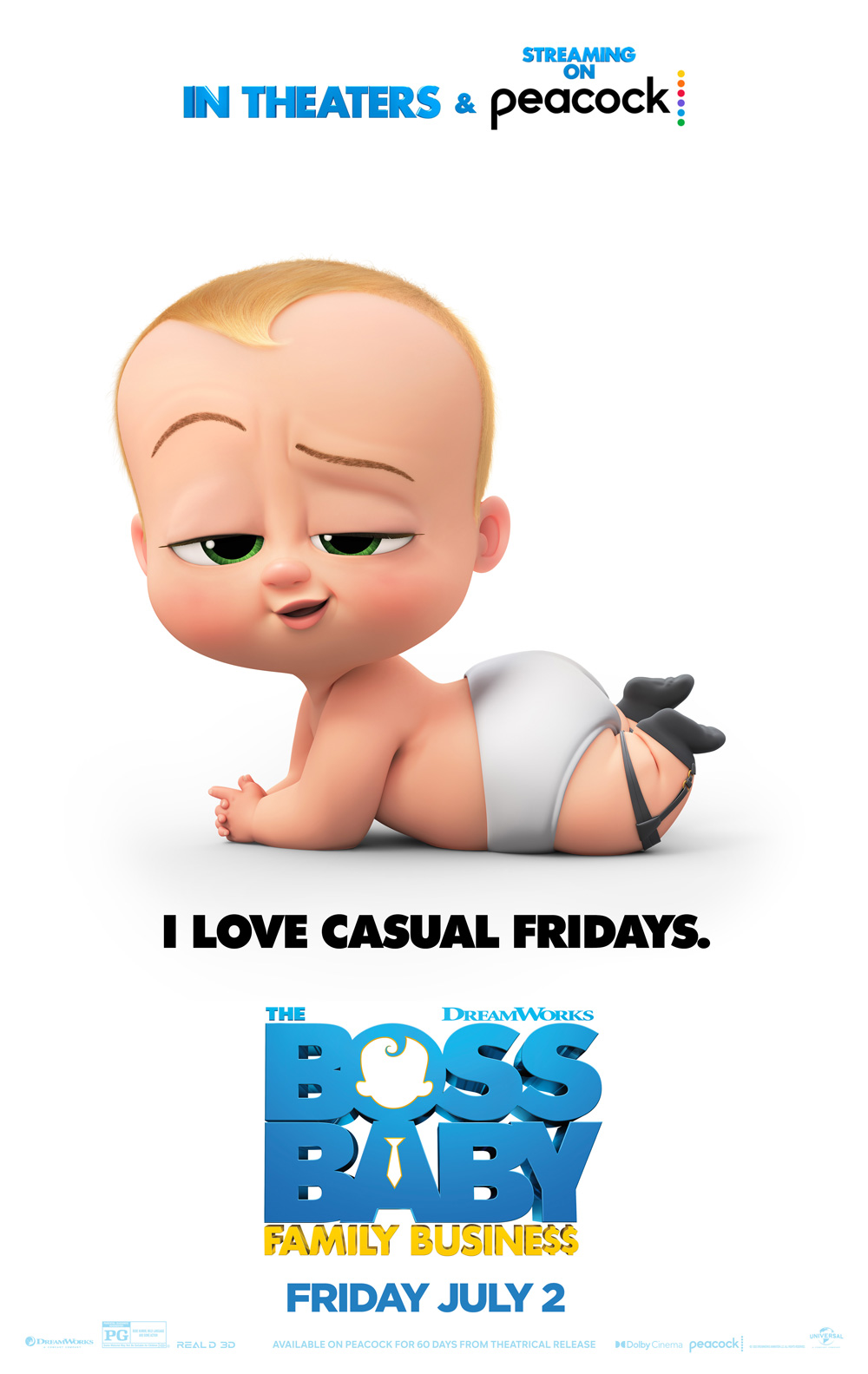 The Boss Baby: Family Business Synopsis: The Templeton brothers — Tim (voiced by James Marsden, X-Men franchise) and his Boss Baby little bro Ted (Alec Baldwin) — have become adults and drifted away from each other. Tim is now a married stay-at-home dad. Ted is a hedge fund CEO. But a new boss baby with a cutting-edge approach and a can-do attitude is about to bring them together again … and inspire a new family business.

Tim and his wife, Carol (Eva Longoria), the breadwinner of the family, live in the suburbs with their super-smart seven-year-old daughter Tabitha (Ariana Greenblatt, Avengers: Infinity War) and adorable new infant Tina (Amy Sedaris, BoJack Horseman). Tabitha, who’s at the top of her class at the prestigious Acorn Center for Advanced Childhood, idolizes her uncle Ted and wants to become like him, but Tim, still in touch with his overactive youthful imagination, worries that she’s working too hard and is missing out on a normal childhood.

When baby Tina reveals that she’s — ta-da! — a top secret agent for BabyCorp on a mission to uncover the dark secrets behind Tabitha’s school and its mysterious founder, Dr. Erwin Armstrong (Jeff Goldblum), it will reunite the Templeton brothers in unexpected ways, lead them to re-evaluate the meaning of family and discover what truly matters.