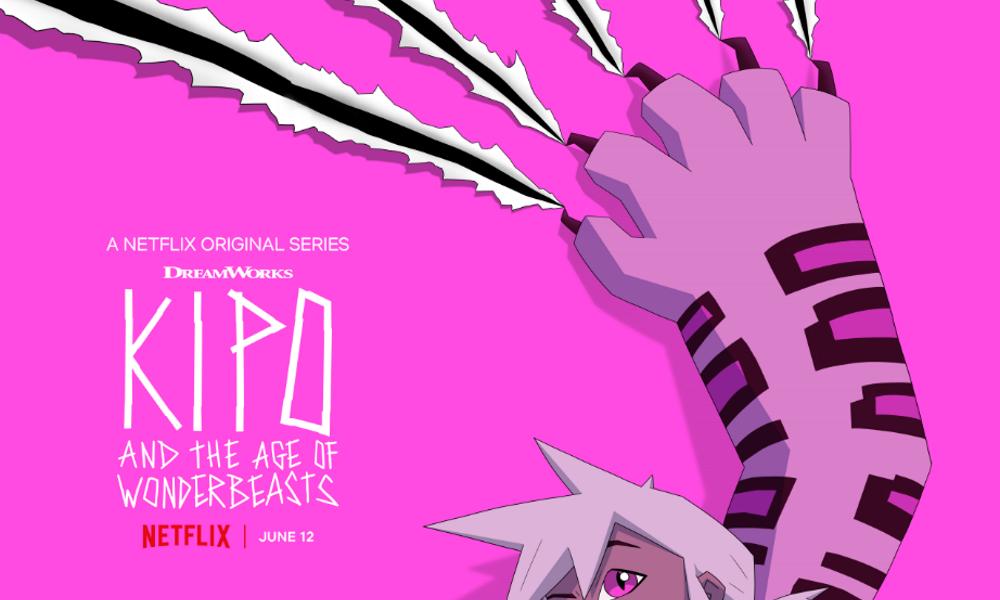 Kipo and The Age of Wonderbeasts

DreamWorks Kipo and The Age of Wonderbeasts will return to Netflix worldwide on June 12, for a second season filled with adventures through the whimsical, weird, post-apocalyptic world of Las Vistas. To announce the highly-anticipated, 10-episode second season, DreamWorks Animation has released a new teaser and poster.

After spending her entire life living in an underground burrow, a young girl named Kipo (Karen Fukuhara) is thrust into an adventure on the surface of a fantastical post-apocalyptic Earth. She joins a ragtag group of survivors as they embark on a journey through a vibrant wonderland where everything trying to kill them is downright adorable.

Following the season one finale, all is not well on the surface. With the burrow people under Scarlemagne’s mind control and her father his prisoner, Kipo must quickly learn to master her newly-discovered mute abilities in order to save them. As she and her friends split up on a dangerous rescue mission, Kipo’s journey of self discovery unearths mysteries of the past that change everything she thought she knew.

You may also like...
Related Topics:featured, Kipo and the Age of Wonderbeasts
Geographic Region:Worldwide