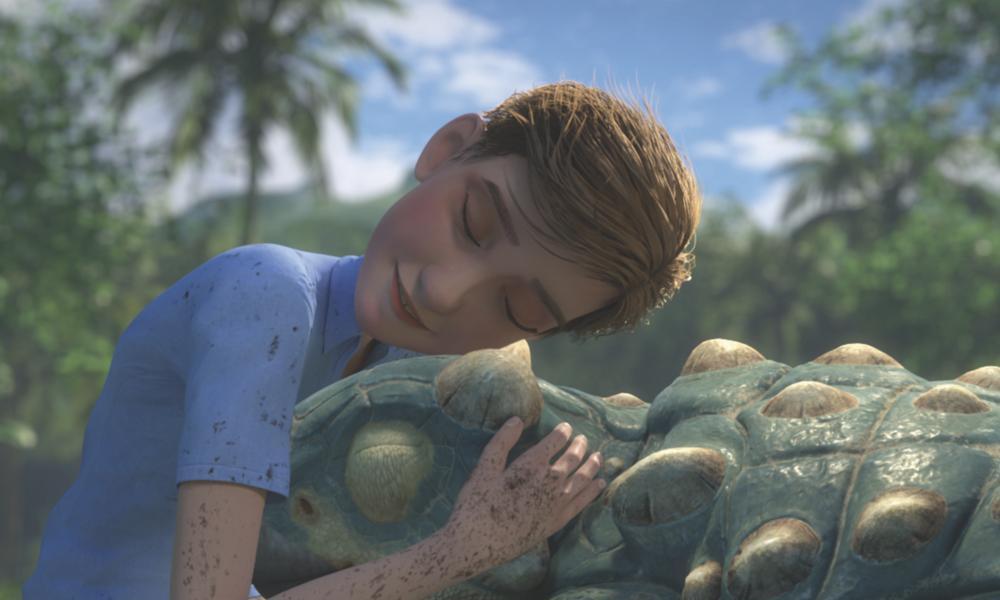 Jurassic Park and its digital dinosaurs first wowed audiences in 1993, establishing itself as a generational milestone — just as Star Wars had done 16 years earlier — for millions of young moviegoers. The franchise since has had its ups and downs, with the 2015 smash hit feature Jurassic World reviving interest in the series and leading to its first TV iteration in Jurassic World: Camp Cretaceous, an eight-episode animated series produced by DreamWorks Television Animation and debuting today (September 18) worldwide on Netflix. 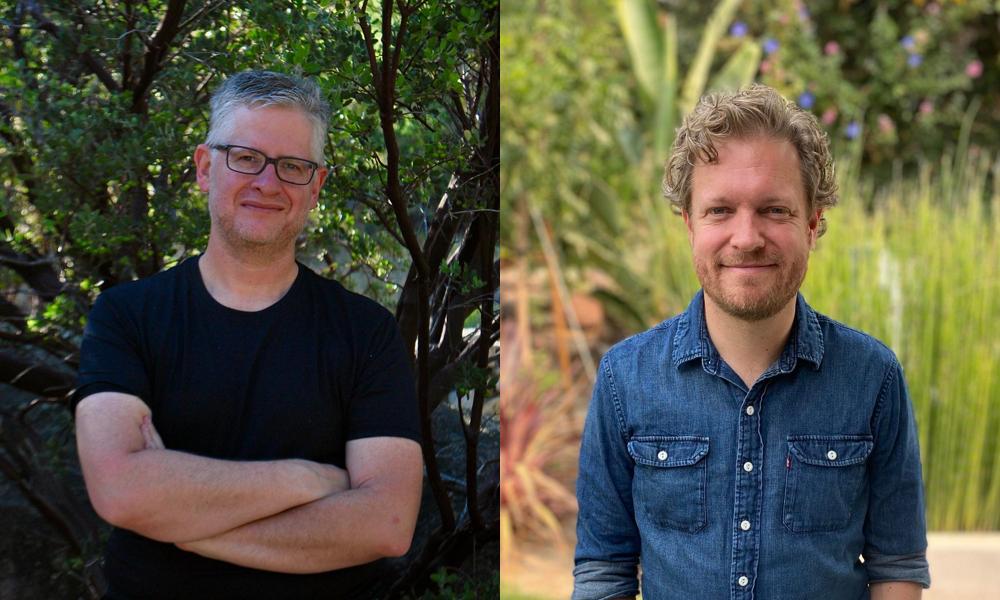 The producers had experience with both DreamWorks and Netflix, having worked together at Nickelodeon on projects such as Kung Fu Panda: Legends of Awesomeness before moving over to DreamWorks — Kreamer to work on Cleopatra in Space and Hammersley reporting for Camp after a stint on Disney’s Star vs. The Forces of Evil. Coming on in mid-2018, Kreamer took over a premise and pilot script developed by X-Men: First Class and Thor screenwriter Zack Stentz, and some early design artwork.

Not a ‘Kiddie’ Version

Expectations were high and there were no guarantees since previous attempts at Jurassic TV series had failed to make it into production. And no less an authority than original feature director Steven Spielberg said the show had to avoid being a sanitized, “kiddie” version of the features, Kreamer says.

“We knew what we were trying to do and how difficult it would be to achieve,” says Kreamer. “But the first thing was to nail down these kids as far as who these characters were and to get a pilot into shape.” That’s where Hammersley came in, starting work on the pilot script around the start of 2019 with an eye toward developing the characters.

The series follows six teens who are the inaugural group attending the titular camp on Isla Nublar, home to Jurassic World: Darius Bowman, voiced by Paul-Mikél Williams, a Black teen who shared an obsessive love of dinosaurs with his recently deceased father; Brooklynn (Jenna Ortega), a social media influencer who broadcasts her life to a large following; Kenji Kon (Ryan Potter), who projects a self-centered and cool image via vast family wealth and access to park secrets; Sammy Gutierrez (Raini Rodriguez), a cowgirl at heart whose ranching family provides food for the island’s resorts; Ben Pincus (Sean Giambrone), a bookish nerd who’s afraid of his own shadow; and Yaz Fadoula (Kausar Mohammed), a stoic athlete. Overseeing the campers — and trying to keep up with them — are counselors Roxie (Jameela Jamil) and Dave (Glen Powell). 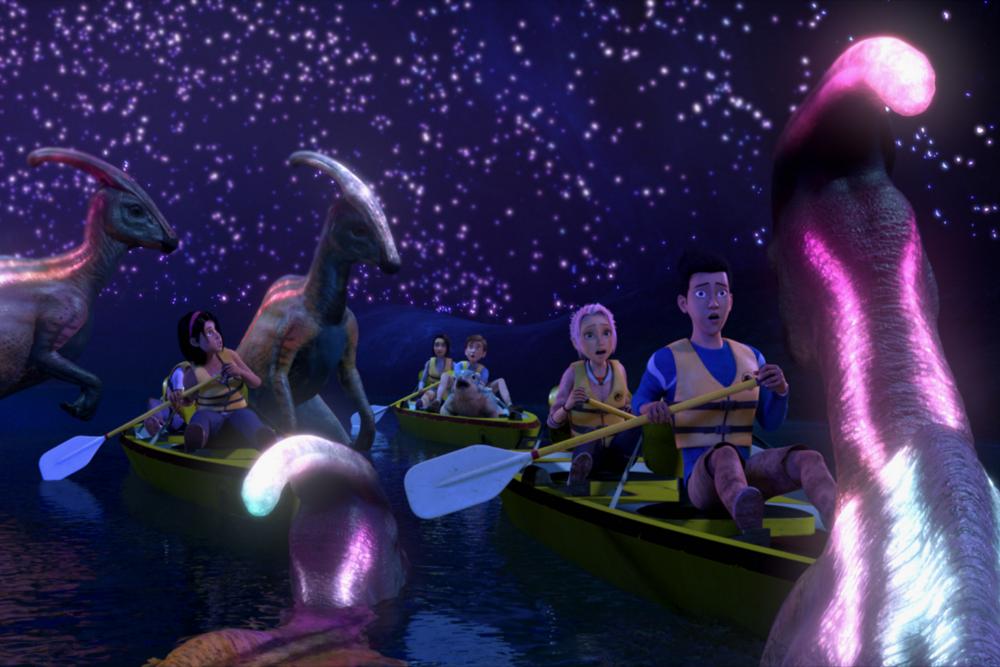 Establishing a less-cartoony, more grounded tone was a huge challenge, and Hammersley says he dove right into finding moments in which the characters could breathe and come to life. “My big focus when I started on the show was just making sure that … you knew what they were thinking, that you understood what they were feeling,” he says.

Taking influence from Spielberg-influenced films such as The Goonies and E.T., the characters are at the heart of the series and required many elements to come together in the right way to work. Establishing the characters and their relationships in a way that was grounded and believable was tricky, Kreamer says. “We want all the kids to start off — ‘at odds’ is the wrong word — but it’s like the first day of school,” he says. “Are the kids presenting themselves as who they actually are? Or who they want to seem to be?”

Among the trickier characters were Darius, who is the audience’s entry into the show and needed to be an underdog without being too much of a “sad sack”; and Brooklynn, who needed to avoid the stereotype of a vapid social media star. 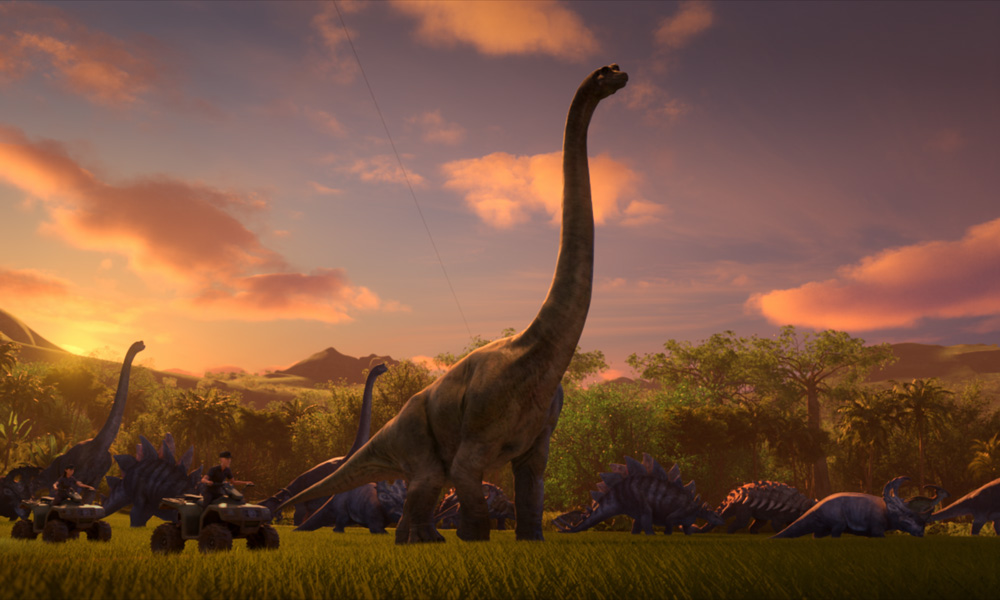 It sometimes took multiple tries, Kreamer says, citing the need to re-record an early scene in which a dino attacks the observation tower. “There’s a difference between cartoon screaming and fear-for-your-life screaming,” he says. “And I think there was an adjustment period. We’re really trying to ground this show and ground these characters and avoid cliche cartoon poses.”

Both showrunners praise CG animation director Daniel Godinez’s efforts to go above and beyond the call of duty. “Dan would go through our writers room notes —just the raw notes— for just any kind of clues to who these characters are and how they would move and how they would behave,” says Kreamer.

That ethos extended through the production, which was split between the team at DreamWorks Animation and CGCG in Taiwan. As Hammersley points out, “The CG team has been pushing themselves really far and they’ve found a lot of creative solutions on how to achieve a more expensive look on a TV budget.”

The production had access to the features’ digital assets of the dinos and sets, both of which were simplified for the TV animation pipeline. But to match even the simplified dinosaurs and environments, the character designs had to be closer to real life, Hammersley says. “The focus was maintaining some of those proportions, but then also exaggerating it just enough to set the characters apart from a live-action design,” he says. “So it was enlarging eyes, enlarging ears and hands and feet and things of that nature to just give it a bit of caricature and a bit of exaggeration.” 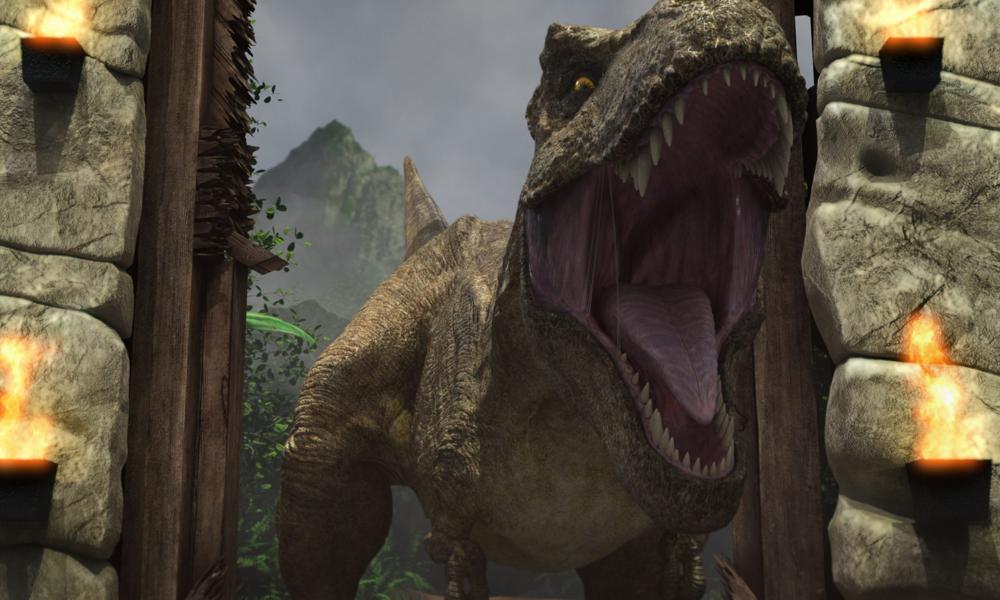 With all eight episodes of the series set to drop at once, the show’s serialized elements help it play like a four-hour movie, one with an ending open for additional seasons. But for now, the showrunners are excited to see how fans react.

“The big challenge for any franchise like this is, you just can’t please everyone,” says Hammersley. “We’re really doing our best to try to honor the franchise and retain so much of what we love about Jurassic Park and Jurassic World, and make sure kids walk away from this show feeling very similar to how we all felt when we all watched Jurassic Park. And I think it’s really exciting that we get to introduce a whole new generation to the Jurassic franchise.”

You can watch the series’ trailer here:

‘The big challenge for any franchise like this is, you just can’t please everyone. We’re really doing our best to try to honor the franchise and retain so much of what we love.’
Exec producer/showrunner Aaron Hammersley

‘We knew what we were trying to do and how difficult it would be to achieve. But the first thing was to nail down these kids as far as who these characters were and to get a pilot into shape.’
Exec producer/showrunner Scott Kreamer 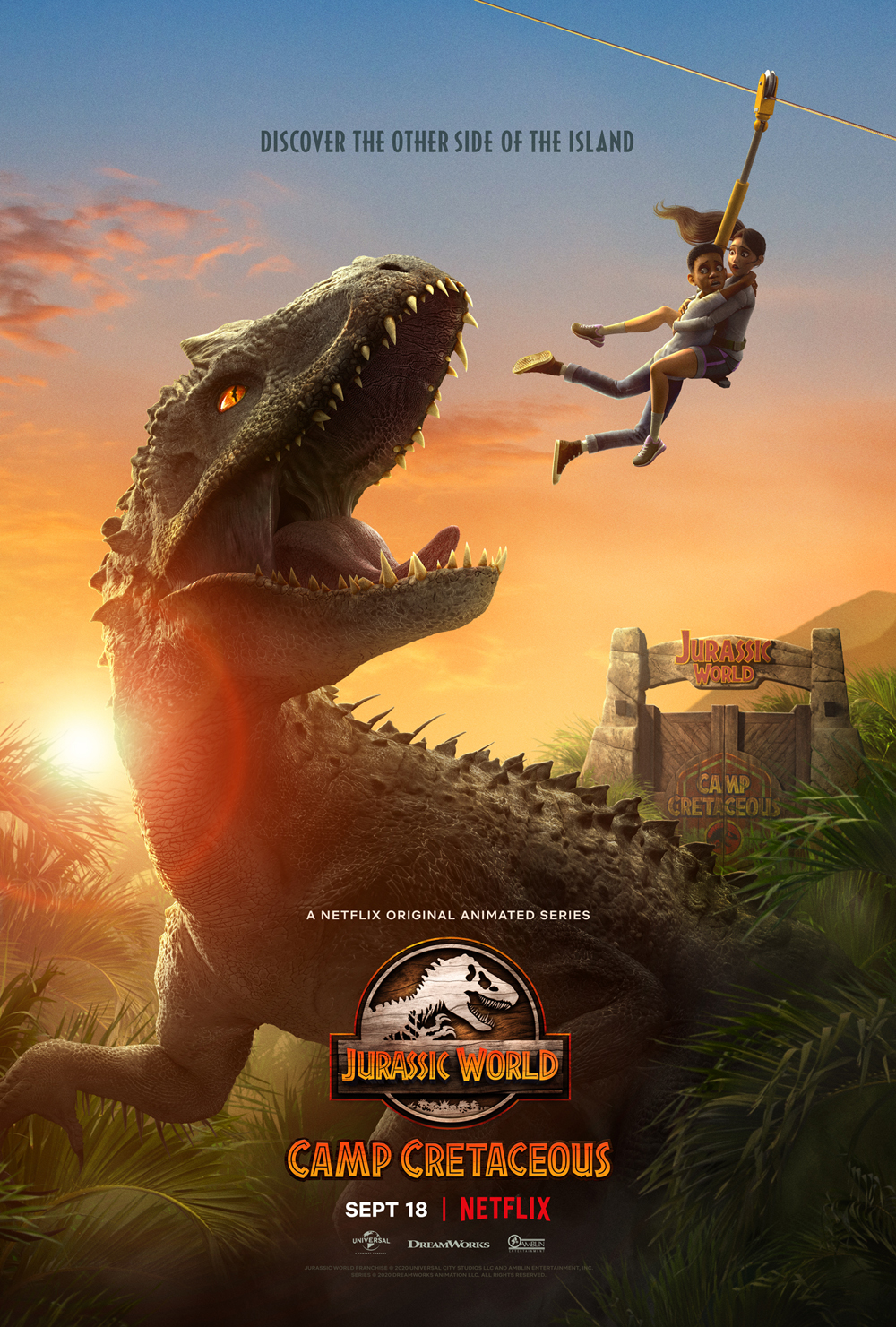 Made in Malaysia: A Snapshot of the Thriving Animation Scene
Myles Hobbs, Daniel Barnes Join Cloudco’s Distribution and Development Teams