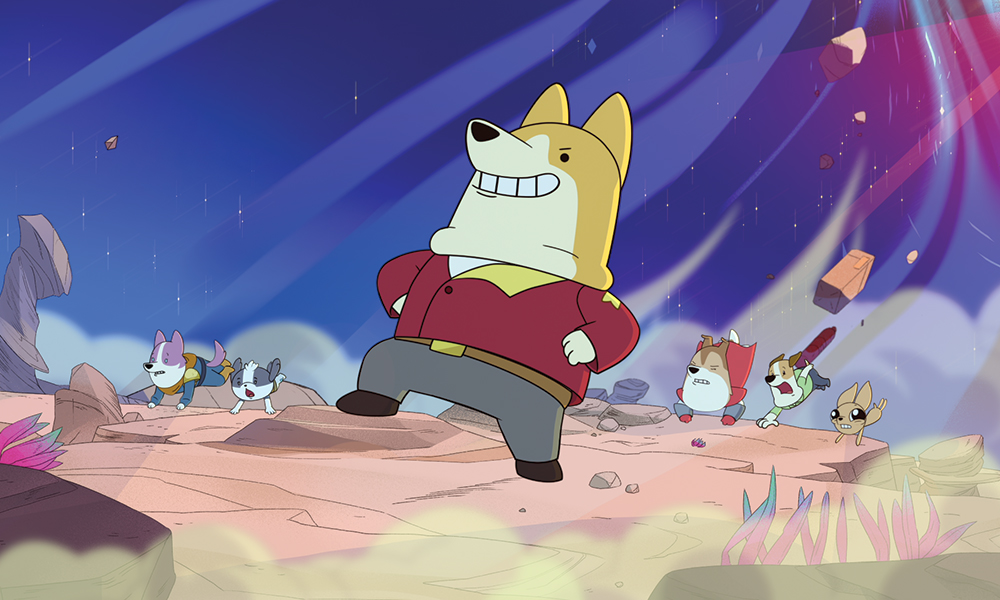 If you’re a dog fan or enjoy clever, animated shows about space adventures, then you must mark your calendars for the debut of the delightful new 10 x 19-minute series Dogs in Space in November. Created by newcomer Jeremiah Cortez, the show follows a group of genetically enhanced pooches that have been sent to space to find a new home for humanity! 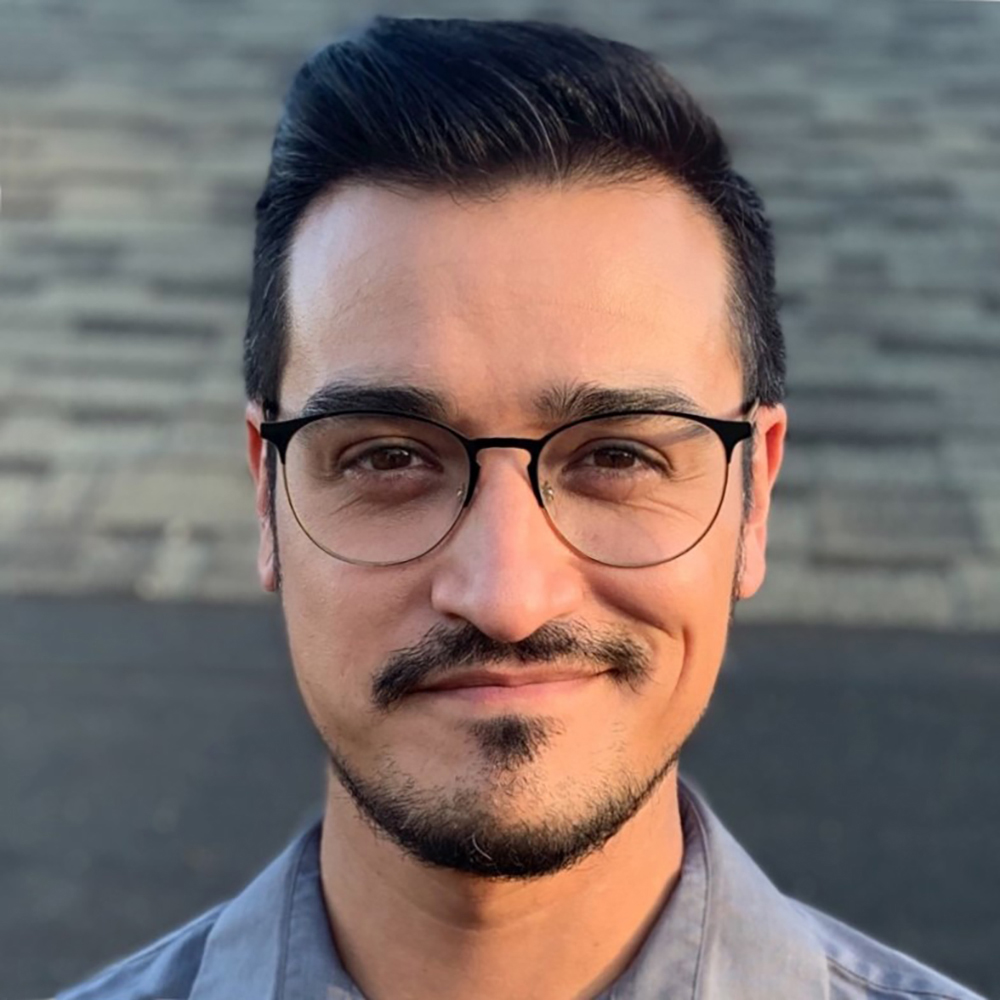 The idea for the show started as a little comic in a sketchbook Cortez kept during his senior year of college at Laguna College of Art and Design. “It was just a small crew of four dogs having a space adventure,” he recalls. “It was the constant request from my peers and coworkers for more panels to the story that kept me working on it.”

For two years, Cortez worked on creating the pitch bible, character designs, concept art, animatics and even the theme song (which is now the official theme song of the show).”A lot of my inspiration came from sitcoms like Frasier, 30 Rock and Parks and Rec,” he says. “Sitcoms heavily influenced the show along with the sci-fi element, which was influenced primarily by Star Trek: The Next Generation. Adventure Time is also a huge inspiration, because it did something that I thought had never been done before: They played with the viewers and their expectations.” 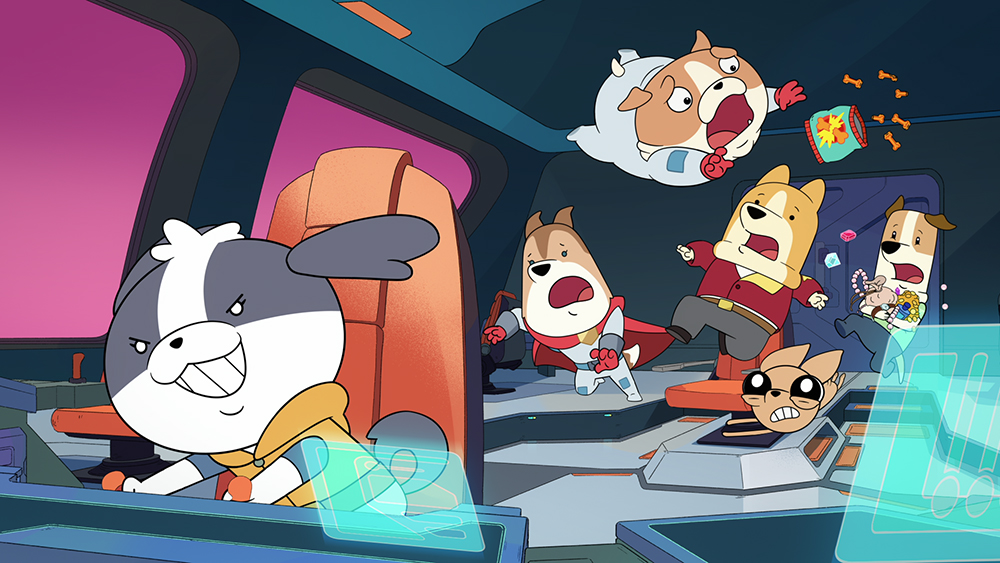 Soon after Cortez finished his pitch material, his friend Raymond Giron (who also wrote the show’s theme song and is now a composer on the show) introduced him to a Netflix executive, and he scored an in-person pitch meeting at the streamer.

“Until we got the greenlight, I was working very hard to make sure the show was everything I pitched to Netflix, but I didn’t allow myself to get too excited,” recalls the creator. “Even after greenlight, I was still very careful not to get too excited, for some reason. I still feel like I’m holding back some of that excitement. I truly don’t think I’ll allow myself to fully feel the excitement until season one is officially out for the world to see!” 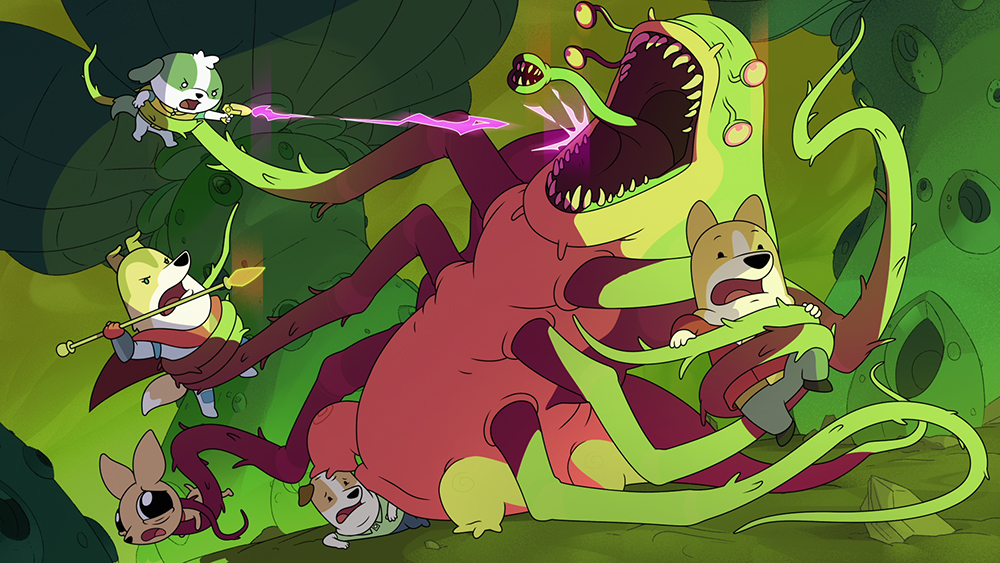 Dogs in Space, which is also exec produced by animation veteran Adam Henry (She-Ra and the Princesses of Power, Random! Cartoons) features the voices of Haley Joel Osment, Sarah Chalke, Kimiko Glenn, Chris Parnell, Debra Wilson, William Jackson Harper and David López, among others. The show’s animation is produced by Atomic Cartoons. “Most of pre-production was done in L.A., and production and post-production was a combination of both studios,” says Cortez. “The art department and editing were done here in L.A. Storyboards were done by two teams in L.A. and one team in Canada.”

Cortez says he tried to include as many real-life canine references in the project as possible. “Some of my dogs made it into the show, along with so many of the crew and cast,” he tells us. “It was always part of the plan that if the show ever got picked up I wanted to give something back to the people that worked on the show. So, we tried to feature as many dogs from the people who worked on the series with us — from the people at Netflix, the storyboard teams, the art department, writers, production, all the way to the voice actors. I’m very proud that we even got in some dogs that passed during production that can now live on forever in this adventure across the galaxy. I hope I did right by everyone on this show.” 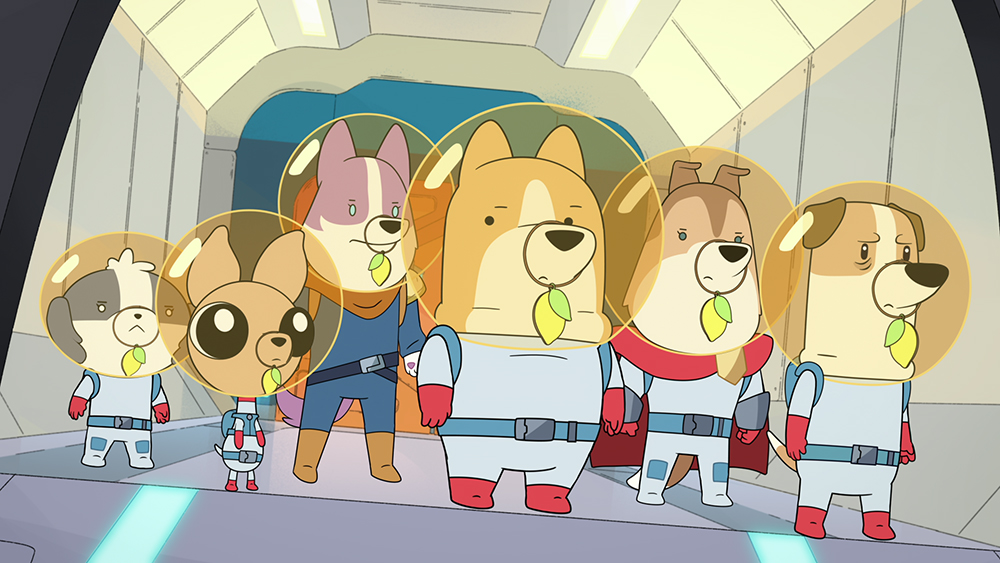 The talented creator says he couldn’t be more proud of the show he and his team have created. “The timing, the jokes, the colors, the action, the deep feels — I think it’s all stunning. And, even after watching every episode well over 70 times in one form or another, it still amazes me how beautifully the crew made this insane idea work. I am truly grateful for this team.”

For Cortez, the biggest lesson learned was to trust his team and allow them to contribute to the show. “I’m one person with a limit to what I can come up with, so why not let everyone that has an idea be able to pitch something and see if there’s a place for it in the show?” he asks. “So many amazing and funny ideas have made it into the show that I would never have thought of and artwork that I could never be able to produce on my own.” 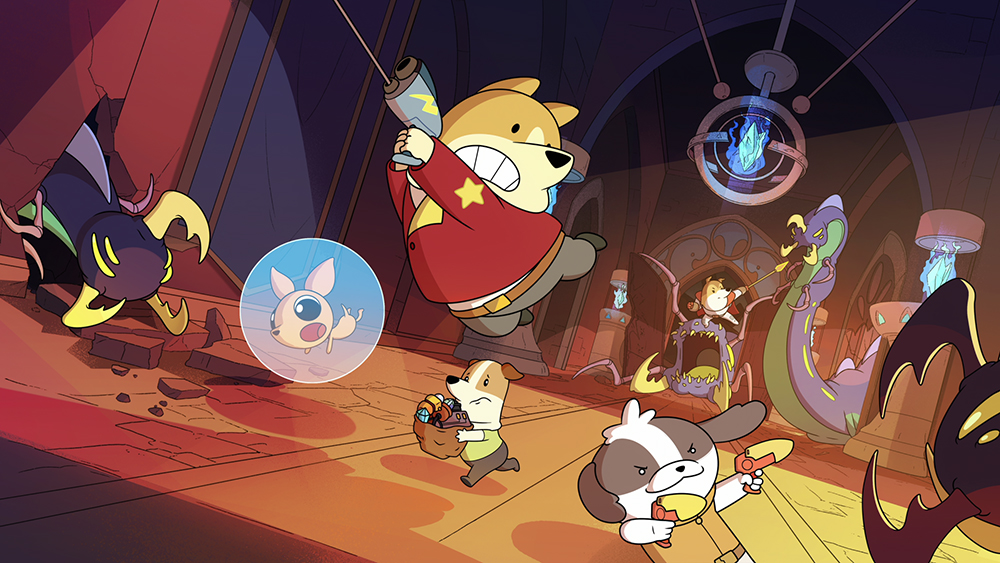 He also has a few helpful suggestions for all future show creators: “I would say to do your research. Don’t wait for anyone to give you permission to do so. And definitely don’t allow others to tell you there’s only one way to do things or a certain path you have to take. You do the work, you put yourself out there and you keep on going, no matter how many setbacks come your way. When I was ready to pitch this show I went in with the mentality that if everyone passes on this idea, I will animate and post it myself and maybe someone will pick it up from there. If you believe you have something worth creating, create it!”

Dogs in Space premieres on Netflix on November 18. You can watch a full episode, “Fetch,” on the Netflix Futures YouTube channel here.