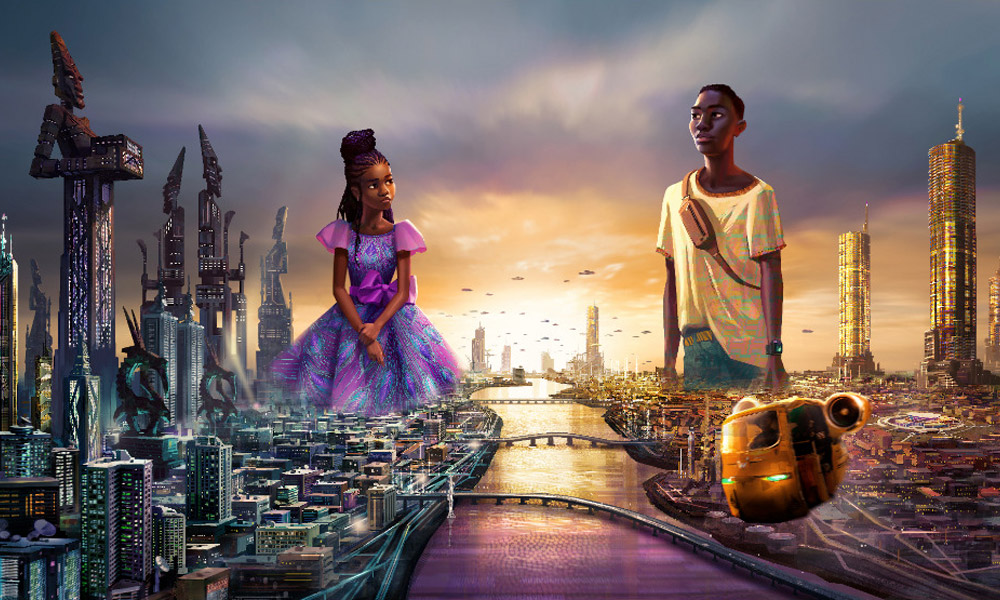 Cinesite has been awarded CGI animation work for the highly-anticipated series Iwájú — a Disney+ original set in a futuristic version of Lagos, Nigeria. This is the first time the feature animation and VFX studio is working with Walt Disney Animation Studios on animated content, having previously worked with Walt Disney Studios on live-action features such as Mary Poppins Returns and Pirates of the Caribbean: On Stranger Tides.

The series is being produced by WDAS in collaboration with Pan-African entertainment company Kugali (kugali.com), and is set to premiere on Disney+ in 2023.

Iwájú, a name that loosely translates to “the future” in the Yoruba language, is set in Lagos and will explore deep themes of inequality, innocence and challenging the status quo.

“This show will combine Disney’s magic and animation expertise with Kugali’s fire and storytelling authenticity,” said Ziki Nelson, who cofounded Kugali with Hamid Ibrahim and Tolu Olowofoyeku with a mission to tell stories inspired by African culture through comic books, art and augmented reality.

“There’s a lot to be excited about when it comes to Iwájú,” commented Eamonn Butler, Cinesite’s Chief of Animation. “For one, it’s an entirely new, original story inventively set in a futuristic Lagos, Nigeria. Secondly, to work with the best in animation with Walt Disney Animation Studios and fresh, new voices with the exciting storytellers of Kugali is truly a first-of-its-kind not just for Cinesite, but for all of us. The Cinesite teams have worked hard to continually raise the quality bar, and working with Disney Animation is testament to everyone’s efforts. We’re looking forward to showcasing our crew’s innovation and creativity to Disney!”

Pre-production is underway at Cinesite with top talent being recruited by Cinesite Montreal (www.cinesite.com/careers) to begin work on the series. During the course of the production, it is expected that over 200 artists, technicians and support staff will be employed to work on the series.

Iwájú is the latest animation project to start production at Cinesite and joins MGM’s The Addams Family 2; Aniventure’s Blazing Samurai, an animated comedy based on Mel Brooks’ classic film Blazing Saddles, and Hitpig, from Pulitzer Prize-winning author Berkeley Breathed — all currently in production.