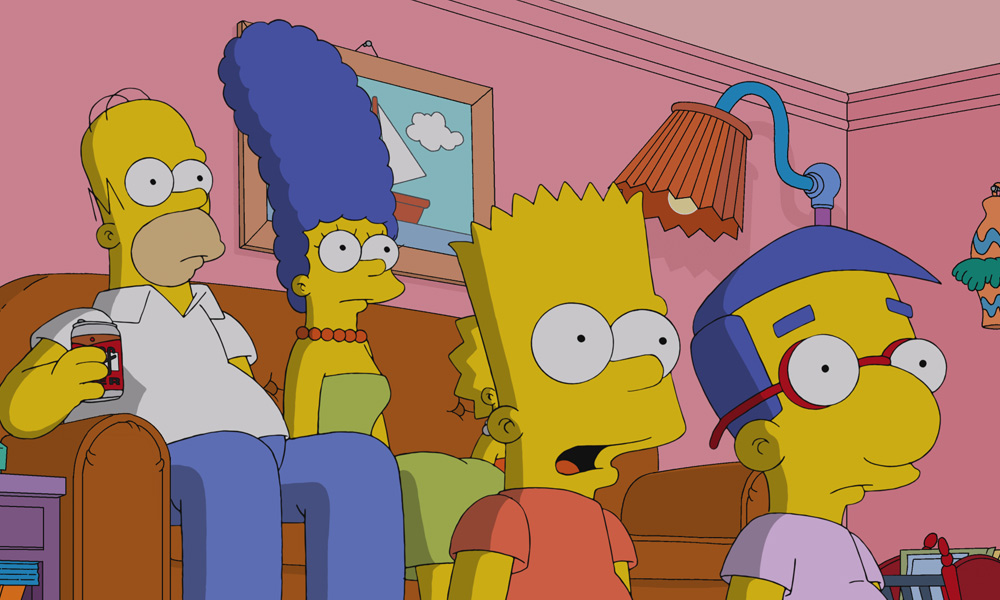 During its investor day on Thursday, The Walt Disney Company revealed the U.S. launch details for its Disney+ streaming service, and a programming lineup sure to tantalize fans of many top entertainment brands. The news was so well received that the company’s stock jumped more than 10% Friday morning, soaring to a new all-time high.

Disney+ will launch in the U.S. on November 12, 2019 for $6.99 per month, and will be available on a wide range of mobile and connected devices.

As well as becoming the exclusive streaming home of Walt Disney Studios feature films released this year and beyond — including Captain Marvel, Dumbo, Avengers: Endgame, Aladdin, Toy Story 4, The Lion King, Maleficent: Mistress of Evil, Frozen 2 and Star Wars: Episode IX — the platform will offer the entire Simpsons catalog and other TV toon faves like DuckTales (new and original flavors), Goof Troop, Kim Possible and Clone Wars, to name a few, along with original exclusive series and movies.

The service is set to house more than 7,500 TV episodes and 500 movies by the end of year one.

Forky Asks a Question – Forky, from Disney and Pixar’s “Toy Story 4,” is a craft project created from trash, so he has important questions about how the world works, such as: What is love? What is time? And of course, the deepest question of all, What is cheese? He explores all of these questions and more in a series of 10 shorts. Timing: Available at launch

SparkShorts – Disney+ will be the exclusive home of “SparkShorts,” the Pixar Animation Studios short film series designed to discover new storytellers and explore new storytelling techniques from across the studio. Timing: Available at launch

Lamp Life – Bo Peep makes a big comeback in Disney and Pixar’s “Toy Story 4” and she leads the way in the all-new animated short film, finally answering the questions about where Bo was since we last we saw her in “Toy Story 2.” Timing: Year One

Star Wars: The Clone Wars – The Emmy® award-winning animated series will be returning with twelve all-new episodes exclusively on Disney+. This will mark the return of classic characters Anakin Skywalker, Obi-Wan Kenobi and Padmé Amidala, as well as fan-favorites Ahsoka Tano and Captain Rex. Timing: Year One

Marvel’s What If…? – Marvel Studios’ first animated series, taking inspiration from the comic books of the same name. Each episode will explore a pivotal moment from the Marvel Cinematic Universe and turn it on its head, leading the audience into uncharted territory. Timing: Year One

The Mandalorian – The first ever live-action Star Wars series, is written and executive-produced by Emmy-nominated producer and actor Jon Favreau, with Dave Filoni (“Star Wars: The Clone Wars”) directing the first episode. The highly anticipated series features an all-star cast including Pedro Pascal, Gina Carano, Carl Weathers, Giancarlo Esposito, Emily Swallow, Omid Abtahi, Werner Herzog and Nick Nolte. Set after the fall of the Empire and before the emergence of the First Order, the series follows a lone gunfighter in the outer reaches of the galaxy far from the authority of the New Republic. Timing: Available at launch

Untitled Cassian Andor Series – Diego Luna will reprise his role of rebel spy Cassian Andor in this series set during the formative years of the Rebellion prior to the events of “Rogue One: A Star Wars Story.” The rousing spy thriller will explore tales filled with espionage and daring missions to restore hope to a galaxy in the grip of a ruthless Empire. Alan Tudyk will also reprise his role as K-2SO with Stephen Schiff (“The Americans”) as showrunner and executive producer. Timing: Year Two

WandaVision – Elizabeth Olsen will return as Wanda Maximoff and Paul Bettany will reprise his role as The Vision in the new Marvel Studios series. Timing: Year Two

Cinema Relics: Iconic Art of the Movies (working title) – Cinema Relics is an anthology series that takes a unique look at beloved films through the props & costumes (now modern ‘artifacts’) that made them unique – from the craftspeople who created them, the actors who interacted with them, and the collectors / archives who own and cherish them. The show will be hosted by film historian/collector Dan Lanigan. Among the films featured in the first eight episodes are “Pirates of the Caribbean: The Curse of the Black Pearl,” “Mary Poppins,” “The Muppet Movie,” “Tron” and “Who Framed Roger Rabbit?” CINEMA RELICS is produced by ABC Studios, Alternative and executive produced by Jason Henry and Dan Lanigan. Timing: Year One

Into the Unknown: Making Frozen 2 – As never before in its near-century long history, Walt Disney Animation Studios is opening its doors, allowing cameras to capture in intimate detail how the voice cast, directors, and team of artists come together to create “Frozen 2.” This multi-episode documentary series shows the hard work, imagination, heart, fun and intensity that go into making one of the most highly-anticipated Disney Animation features of all time. Timing: Year One

Ink & Paint – The documentary series, based on the book of the same name, tells the story of Animation at Disney, and how an unsung workforce of trailblazing women helped create some of the greatest animated films of all time. Timing: Year Two

Lady & The Tramp – A timeless re-telling of the 1955 animated classic about a prim and proper house dog and a tough but lovable stray who embark on a series of adventures and, despite their different upbringings, grow closer and come to understand the true meaning of “home.” Starring Tessa Thompson (voice of Lady) and Justin Theroux (voice of Tramp), Kiersey Clemons (Darling), Thomas Mann (Jim Dear), Janelle Monae (voice of Peg), Yvette Nicole Brown (Aunt Sarah) and Sam Elliot (voice of Trusty). Timing: Available at launch

The Phineas and Ferb Movie (working title) – Stepbrothers Phineas and Ferb, their older sister Candace, Perry the Platypus and the Danville gang will reach a new pinnacle — Disney’s direct-to-consumer streaming service — when they are back together again in The Phineas and Ferb Movie, an animated adventure in production now. The movie, executive-produced by Dan Povenmire and Jeff “Swampy” Marsh (creators and executive producers of the long-running Emmy Award-winning series “Phineas and Ferb”), centers on Phineas and Ferb as they set out across the galaxy to rescue Candace who has been abducted by aliens and has found utopia in a far-off planet, free of pesky little brothers. Reprising their roles are: Ashley Tisdale as Candace Flynn; Vincent Martella as Phineas Flynn; Caroline Rhea as their mom, Linda; Dee Bradley Baker as Perry the Platypus; Alyson Stoner as Isabella; Maulik Pancholy as Baljeet; Bobby Gaylor as Buford; Olivia Olson as Vanessa; Tyler Mann as Carl; and Povenmire and Marsh as Dr. Heinz Doofenshmirtz and Major Monogram, respectively. David Errigo Jr. joins the cast as Ferb Flynn. Timing: Year One

Deadline has posted the full programming announcement. Keep up to date by registering your email at disneyplus.com. 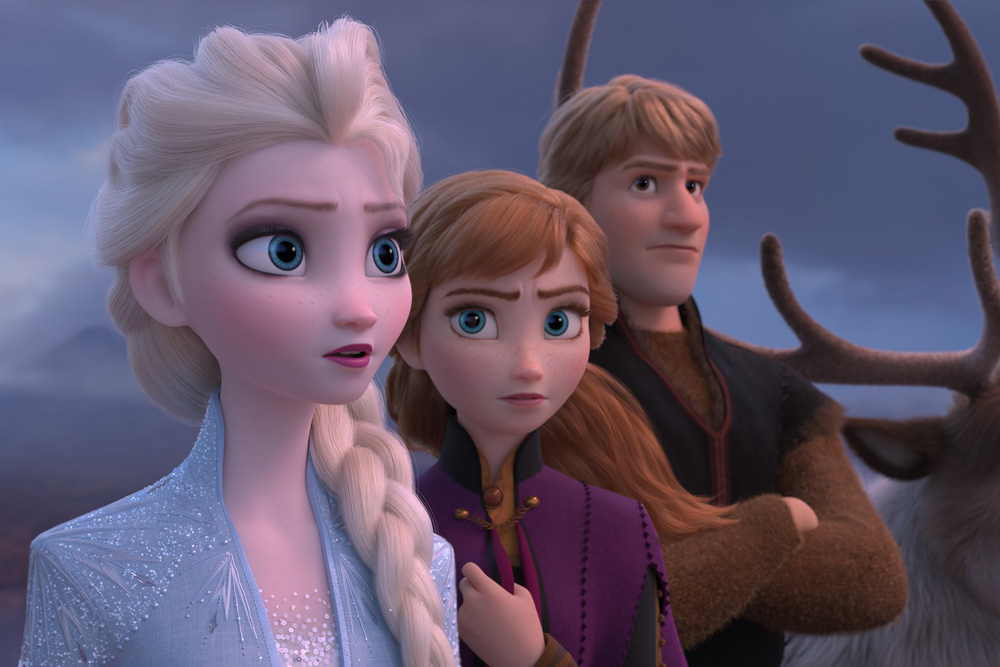 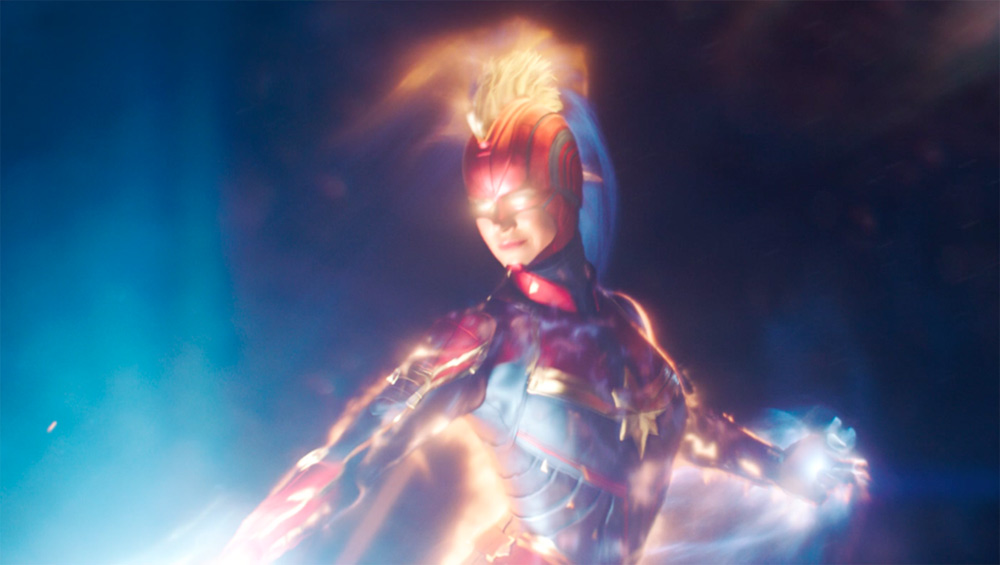