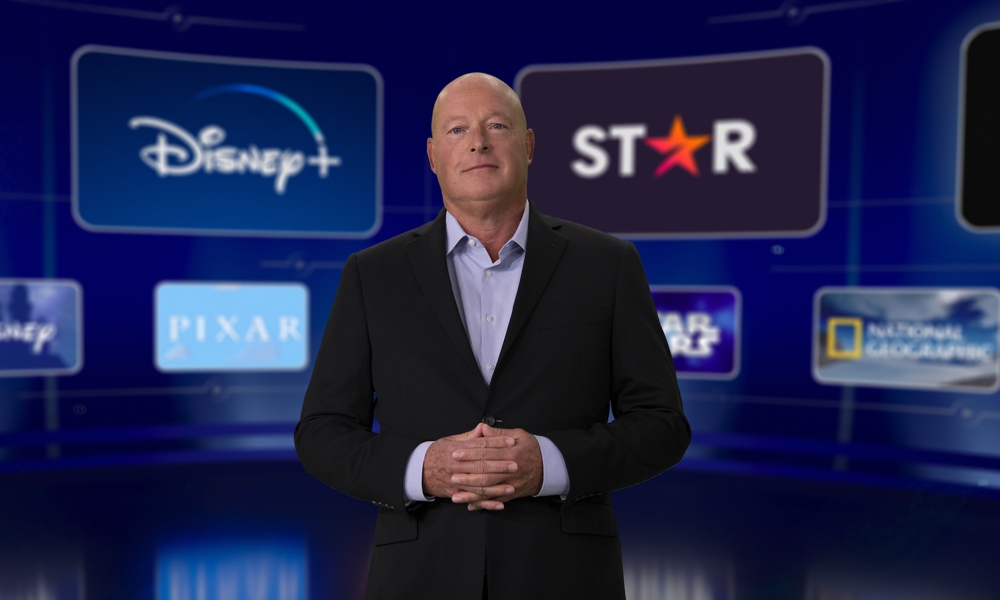 The Walt Disney Company held its 2020 Investor’s Day on Thursday, detailing an absolute avalanche of new and developing projects across its multiple studios and blockbuster brands over four hours of nonstop announcements. Bob Chapek, Chief Executive Officer, The Walt Disney Company, and Bob Iger, Executive Chairman and Chairman of the Board, led the virtual event, which included presentations from leaders of the company’s content and distribution teams, along with financial updates.

“The tremendous success we’ve achieved across our unique portfolio of streaming services, with more than 137 million subscriptions worldwide, has bolstered our confidence in our acceleration toward a DTC-first business model,” said Chapek. “With our amazing creative teams and our ever-growing collection of the high-quality branded entertainment that consumers want, we believe we are incredibly well positioned to achieve our long-term goals.”

Raya and the Last Dragon is confirmed for a day-and-date release on Disney+ and in theaters in March 2021, likely following the Mulan “Premium Access” (read: $$$) model.

A teaser was unveiled for the studio’s Fall 2021 original feature, Encanto. The film will take audiences to Colombia to meet a magical family living in a magical home. Bryon Howard and Jared Bush of Oscar-winner Zootopia are directing the pic, which is co-directed and co-written by animation newcomer Charise Castro Smith (TV’s The Haunting of Hill House and The Exorcist) with music by Lin-Manuel Miranda. Currently set for November 24.

This Fall, Walt Disney Animation Studios’ all-new film Encanto takes you to Colombia, where a magical family live in a magical home. Directed by Byron Howard and Jared Bush, co-directed and co-written by Charise Castro Smith, and music written by Lin-Manuel Miranda. pic.twitter.com/bdxag3SzPv

Two brand-new feature films are slated for theaters in 2022 Academy Award-winning Bao director Domee Shi’s Turning Red, and Lightyear, the definitive origin story of Toy Story’s heroic Buzz. Chris Evans will voice the hero on his journey to becoming the most famous Space Ranger ever.! As previously announced, original Italian Riviera coming-of-age adventure Luca is coming to theaters next summer.

Pixar’s first-ever long-form animated series Win or Lose will debut exclusively on Disney+ in Fall 2023. Additional details were shared about new Disney+ series, including Inside Pixar, Pixar Popcorn, Dug Days — following the beloved “talking” dog’s adventures after the events of Up — and Cars, as well as the upcoming feature film Soul and short Burrow — both debuting on Disney+ on December 25.

For the streamer itself, price adjustments are in store. Beginning March 26, 2021, Disney+ will be priced in the U.S. at $7.99 per month or $79.99 per year, while the Disney Bundle with Disney+, Hulu and ESPN+ will be priced at $13.99 per month. A new agreement with Comcast was also announced, that will bring Disney+ and ESPN+ experiences to Comcast X1 set-top boxes and Flex platforms in the first quarter of 2021, joining Hulu which became available on these platforms in Spring 2020.

Disney+ is introducing a new general entertainment content section dubbed Star, a hub for “thousands of hours” of movies and series for more mature audiences from Disney Television Studios, FX, 20th Century Studios, 20th Television and more. The brand will roll out as part of Disney+ in Europe and other international markets starting February 23, 2021, and as a separate service dubbed Star+ in Latin America.

The first Disney Animation original series will hit the platform the next couple years. Inspired by beloved big screen adventures, Baymax!, short-form Zootopia+, which will explore the movie characters’ backgrounds, and Tiana are coming in 2022, followed by a long-form Moana musical comedy series in 2023.

In a first-of-its-kind partnership, Pan-African comic-book and entertainment company Kugali is teaming up with the studio to create an original sci-fi series: Iwájú will arrive on Disney+ in 2022. A first look at the show’s visual development was revealed.

In a first-of-its-kind collaboration, @DisneyAnimation and Pan-African entertainment company Kugali will team up to create an all-new, science fiction series coming to @DisneyPlus in 2022: Iwájú. Check out a first look at visual development art from the series. pic.twitter.com/x46dreKcu0

The big headline: Expect 10 new movies in the Lucasfilm canon in the next few years. Next down the pipe is the newly titled Rogue Squadron directed by Wonder Woman‘s Patty Jenkins. Meanwhile, Taika Waititi is reportedly at work on his Star Wars feature now; this flick will kick off a new trilogy in December 2023.

Disney+ subscribers can expand their Mandalorian addiction with two new series: The Rangers of the New Republic and Ahsoka, which will be part of the preceding show’s timeline and culminate in a whole new interstellar event.

Also coming to the streamer is Obi-Wan Kenobi, starring Ewan McGregor with Hayden Christensen returning as Darth Vader; Andor, which is filming now and due to launch in 2022; Star Wars: The Bad Batch; Star Wars: Visions; Lando; The Acolyte and A Droid Story.

Marvel Studios shared plans for the expansion and future of the Marvel Cinematic Universe. Among dozens of upcoming projects, three new series for Disney+ were revealed, including the Samuel L. Jackson-starrer Secret Invasion, Ironheart with Dominique Thorne as a genius inventor, and Armor Wars starring Don Cheadle as James Rhodes a.k.a. War Machine, who faces Tony Stark’s worst fears.

First-looks at Falcon and the Winter Soldier (March 19) and Loki (Fall), both debuting on Disney+, were unveiled: