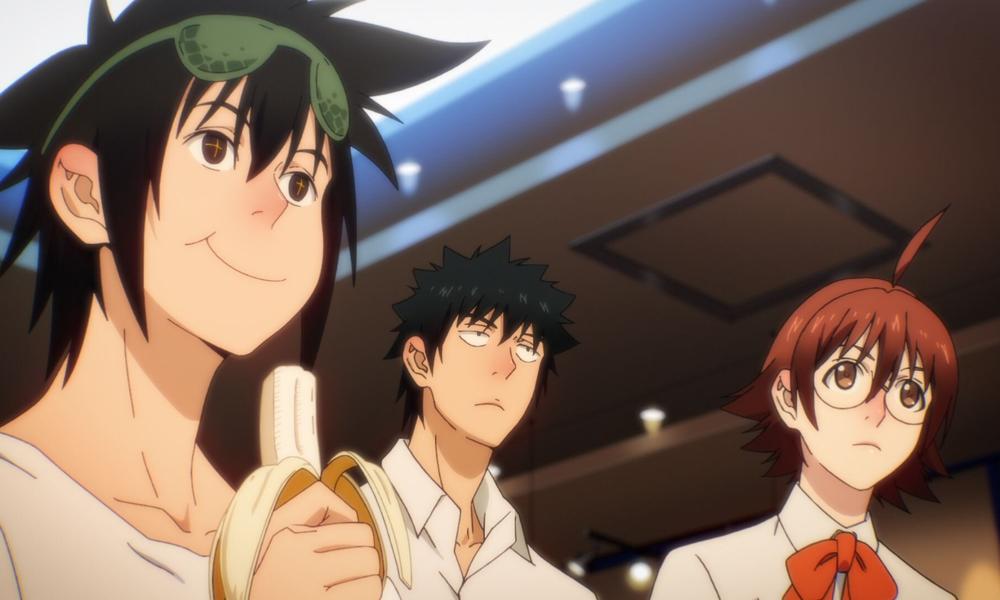 The God of High School launched as a Crunchyroll Original anime series this year, adapted from the Webtoon comic by Yongje Park.

Webtoon, the world’s largest digital comics publisher, announces a newly launched production division. Dubbed Webtoon Studios, the venture will open up the company’s library of thousands of titles and stable of storytellers to development in the feature film, television, interactive and licensing & merchandising spheres.

“Webtoon IP has had a tremendously successful track record in other mediums. Recent global hits, Tower of God, Noblesse and The God of High School, all released in 2020, showcase how beloved our series are around the world,” said Taylor Grant, SVP of IP Development. “Webtoon Studios represents an important next phase in our evolution as a true multi-platform company. This is a bold investment by Webtoon in both our incredible community of webcomic creators as well as our partners. With multiple deals currently in the works with major studios, producers and production companies, we’ll have much more exciting news to share in the coming months.”

The move follows the roll out of international hit series Tower of God, Noblesse and The God of High School this year on Crunchyroll. Webtoon has also partnered with The Jim Henson Company to develop Rachel Smythe’s Lore Olympus, and has now announced expanded partnerships with Vertigo Entertainment (The LEGO Movie) and with Bound Entertainment (Okja) for live-action sci-fi series, and with Texas-based indie Rooster Teeth Studios (RWBY, gen:LOCK), which will serve as animation studio and co-producer on a supernatural action series.

“Today marks a huge step for Webtoon,” said CEO Ken Kim. “Webcomics have grown into a cultural phenomenon over the past fifteen years – especially for younger generations. This is another important step in building a greater bridge from our creator’s works on Webtoon to film, TV and beyond.”

The new division will also launch WebtoonStudios.com as an online portal providing updates on Webtoon properties in development, upcoming projects, readership stats and a browsable portfolio of available and in-development titles, updated monthly.

Webtoon launched in South Korea in 2004, expanding into the U.S. in 2014. The platform boasts over 67 million monthly users around the world (10+ million in the U.S. alone), of which about 16.5 million read daily. Globally, Webtoons boasts upwards of 2,000 originals creators (over 260 in the U.S.), combined with the company’s open-self publishing platform, Canvas (12,000 creators). These storytellers have been nominated for Eisner Awards and won a multitude of Ringo Awards. Creator revenue to-date exceeds $5 million. (This includes ad revenue; Webtoon temporarily increased creators’ net ad revenue share to 100% through the end of 2020.)