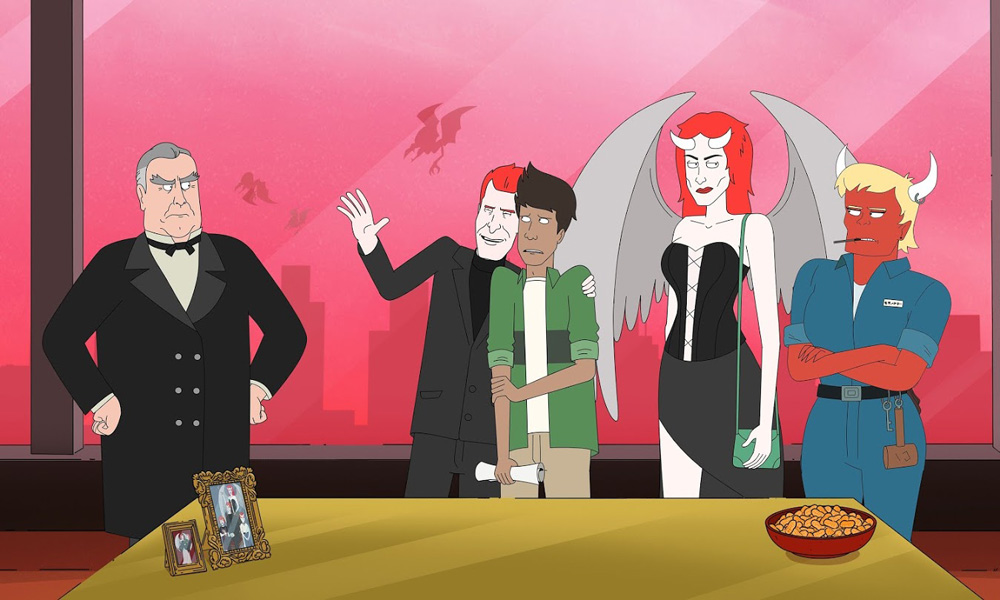 Devil May Care is about a millennial named Beans (voiced by WandaVision‘s Asif Ali) who finds himself in Hell with NO idea why. While meeting with the Devil (Alan Tudyk) upon his arrival, they quickly figure out that Beans’ job from his earthly days translates perfectly into the Hell-esphere. Just like that, Beans becomes the Devil’s newest Social Media Manager, since online buzz is exactly what Hell has been missing. The two form the most unlikely friendship, and together, while juggling Devil’s staff and family, they will surely get Hell trending!

Fred Rogers ‘Through the Woods’ Shorts Launch on PBS KIDS
Annecy’s Short-Form Magic: A Sneak Peek at the Stunning 2021 Edition