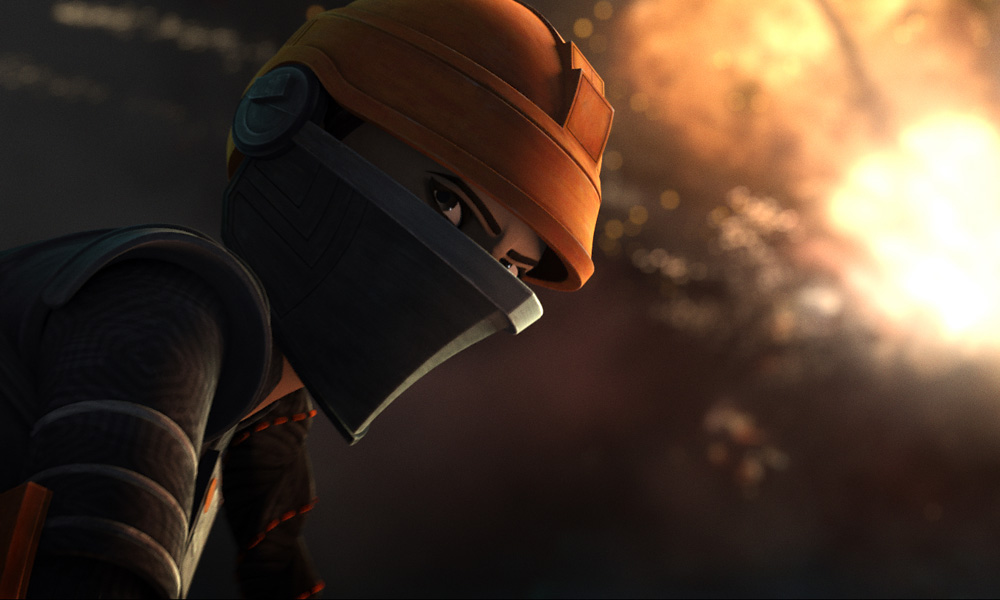 If you needed proof that the galaxy far, far away is a fully yielded universe capable of delivering a seemingly endless variety of exciting tales, then look no further than Star Wars: The Bad Batch, the new animated successor series to Star Wars: The Clone Wars now streaming on Disney+.

Created and executive produced by Star Wars animation guru Dave Filoni, Star Wars: The Bad Batch starts after the end of The Clone Wars series, during the events of the 2005’s Star Wars: Episode III — Revenge of the Sith. Emperor Palpatine has seized total control of the Republic and issued Order 66, prompting the vast clone army to turn against and execute their Jedi allies.

But the elite members of Clone Force 99, nicknamed “The Bad Batch,” are unaffected — the genetic modifications that gave Hunter, Wrecker, Tech, Crosshair and Echo heightened talents also make them immune to Order 66. Their loyalties to the Republic intact, they’re forced to rebel against the Empire and go their own way as a group — one that now includes another altered clone, a sharp but sheltered girl from Kamino named Omega, voiced by Michelle Ang.

Executive producer and head writer Jennifer Corbett says the show reflects that evolution in all aspects of storytelling. “It’s the very early stages of the Empire,” she says. “There are some systems and some planets that are happy that the Empire ended the war and are just glad that there’s peace after so many years of fighting. And then there are some insurgents that are unhappy about Emperor Palpatine having all this power and having this clone army at his disposal. So there’s just kind of a lot of turmoil going on.”

While the show’s visuals are clearly inspired by The Clone Wars, they also reflect the shift in premise to the Empire era of Star Wars, says Brad Rau, executive producer and supervising director. “You take a Republic tank, for example, that you think: ‘Oh, this is the good guys’ tank! Cool!’ And suddenly you give it this Imperial wash of color, it takes on a whole different aspect,” Rau says.

That approach extended to the character designs, with the clone troopers in particular having their individuality diminished. “We started to take out the color off of their pauldrons and off of their helmets that made them individual,” Rau says. They also refer to the troops less frequently with names, and increased the distortion in the filtered dialog from their helmet comms. “We’re trying to show that these are the bad guys. All of their equipment has been stripped of color — the lifeblood is drained out of it, and it’s now this insidious, Imperial, boring gray. When you see that, it’s really interesting.”

Music also helps this division, with composer Kevin Kiner tweaking the familiar cues and motifs with a different instrument or mixing it up in some other way. “It starts to seem a little bit more villainous,” says Rau. “If we’re doing our job right, you won’t even think about it.”

First introduced in the final season of The Clone Wars, the Bad Batch members are a diverse bunch. Hunter’s talents include leadership and an ability to sense droids; Crosshair’s enhanced vision makes him an excellent sniper; Tech is the resident brain, with an affinity for handling technology; Wrecker has enhanced strength; and cyborg clone Echo has numerous abilities. Each member’s unique traits affect their looks, which makes it easier to differentiate the characters visually, Rau says. “It can be a tricky thing,” he says. “Wrecker’s a bigger guy than a regular clone, and Tech is slightly smaller, and they all look a little different because they are different than regular clones.”

It’s a task that was even trickier for actor Dee Bradley Baker, who voices all five members of the Batch. Rau says they thought it might be best to record all of one character’s lines at a time, but Baker preferred to play entire scenes, switching voices as he goes. “It’s really something to see,” says Rau. “He fully embodies those guys and that really helps keep them more distinct as well.”

The wild card in all this is Omega, a clone girl who appears to be 10 years old. “In the early stages, we were talking about what could throw these elite soldiers off their game because they’ve already been established as competent warriors,” says Corbett. Raised in a solitary life on Kamino, home of the alien cloners behind the troops, Omega is a huge fan of the Bad Batch and thrilled to learn of her connection to them. “She doesn’t feel like so much of a misfit now that they’re around, which to [the Batch] is very strange, because they don’t know her. But they’re used to being misfits and oddballs, so it’s nice when they come together and they form this little family dynamic.”

Lucasfilm Animation continued its longstanding working relationship with Taipei-based animation studio CGCG to update and refine The Clone Wars aesthetic for The Bad Batch. “We did take the opportunity to go into the design and put in more fidelity, to take that chiseled Clone Wars look and get a little bit more detail with the same style,” says Rau.

“Even though the look is similar to what we’ve done on Clone Wars, we always say it’s kind of like a 2.0,” says executive producer Athena Portillo.

After seven seasons of The Clone Wars, Rau says he and Corbett worked on creating action sequences that feel fresh. “It works best when the stakes are clear, when things are set up in the right way and you feel concerned about what’s happening to the characters,” says Rau. “We talk about it every day, we pick things apart all the time. Even when a script is ‘locked’ and we go into shooting it, it’s all very malleable still and we’re just trying to find what’s the best shot selection for this action or for this character beat.” 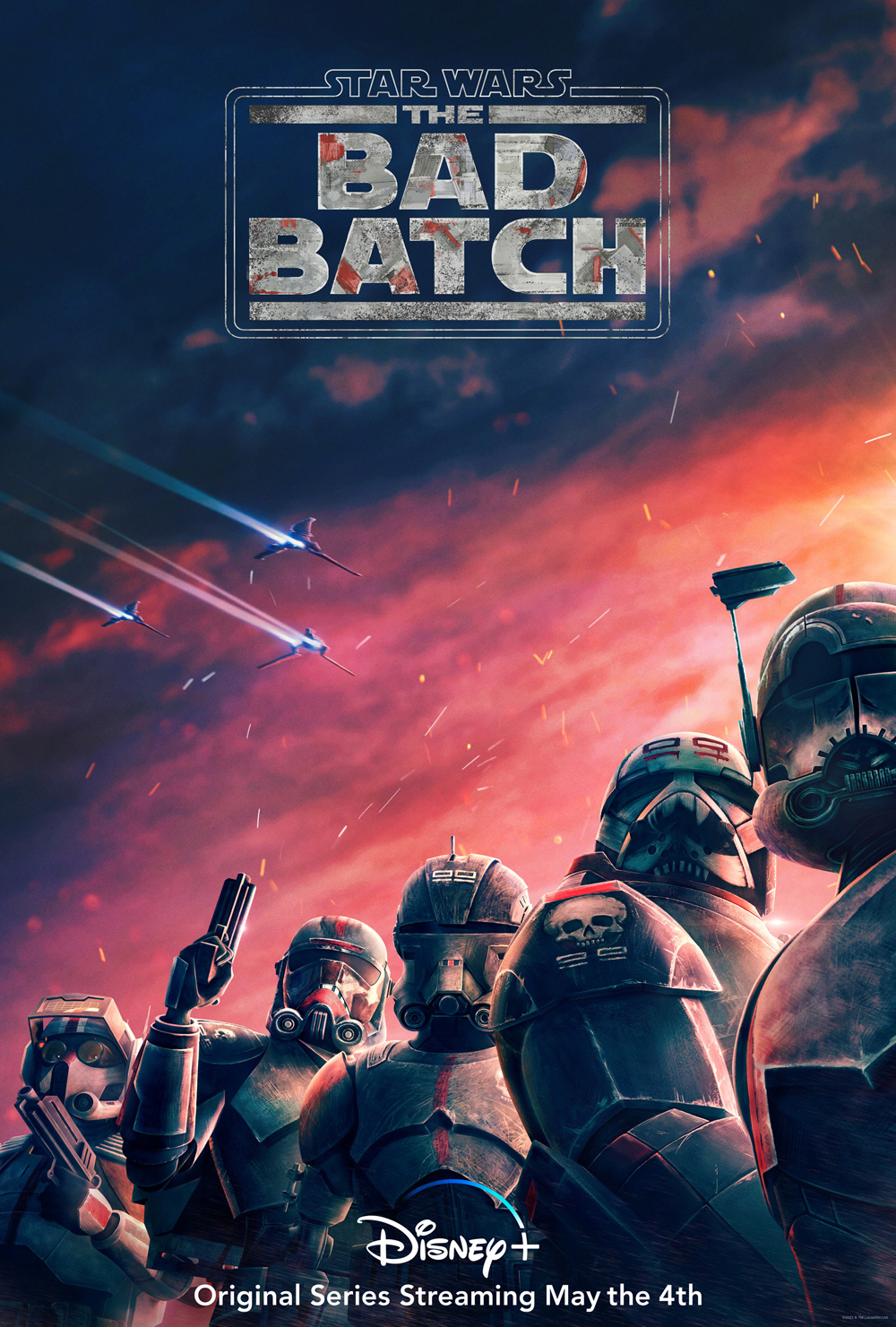 The Bad Batch also offers the production the challenge of a broader canvas than what was featured on the previous series, Star Wars: Resistance.

“It’s thinking way ahead in terms of how we’re going to build those sets. How many characters we’re going to introduce, what species are they? If there is going to be a droid, is it humanoid? Is it bipedal? We have a lot more real estate to work with,” Portillo says.

One episode takes about a year to produce, from start to finish, with multiple episodes in production at the same time, Rau says. The partnership with CGCG has been especially important during the COVID-19 pandemic. “They’re literally collaborative partners, and help figure out and solve problems all along the way,” says Rau.

And it wouldn’t be Star Wars without a plan for where the series — currently set for 16 episodes in its debut season — will take its cast. “I think what it really comes down to is you have these clones who were created and raised to be nothing but soldiers. And what does that say about them and their identity when you take that away from them?” says Corbett. “It’s this team, with Omega, exploring the galaxy, asking these big questions of how are we going to survive the day-to-day, but also what’s their purpose in this new galaxy?”

The first season of Star Wars: The Bad Batch is currently streaming on Disney+.