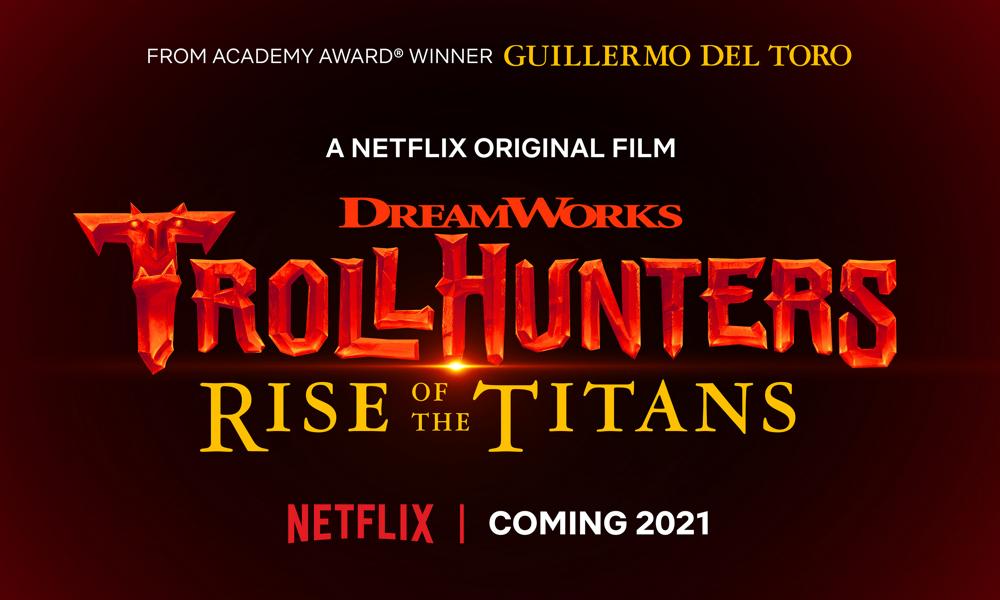 Trollhunters: The Rise of the Titans

Just as the final installment of the fan-favorite Tales of Arcadia series trilogy, Wizards, makes its premiere today, DreamWorks Animation and Netflix announce a new feature film from creator Guillermo del Toro: Trollhunters: Rise of the Titans. The feature-length epic adventure is currently in production,aiming to bring fans back to the show’s Emmy-winning animated world in 2021.

“Team Trollhunters committed, about a decade ago, to try and push the boundaries of 3D CGI animation made for TV. We made decisions from the get-go regarding every asset and every audiovisual decision. We outlined a vast trilogy of interconnecting mythology and characters that we always hoped could culminate with a massive ‘all-stars’ reunion. Fortunately for us, DreamWorks Animation and Netflix both shared the very ambitious notion of doing the three series, interwoven and then finishing off with a bigger, epic-sized feature film to top it all off,” said del Toro. “We wanted the feature to improve and expand but to also deliver more scope, more spectacle — more emotion, too. We are very proud of the Tales of Arcadia and extremely eager to deliver this spectacular finale for the audience.”

Del Toro is executive producing the film alongside Arcadian collaborators Marc Guggenheim, Chad Hammes, Dan Hageman and Kevin Hageman. Guggenheim and the Hagemans are also writing Rise of the Titans, which will be directed by trilogy veterans Johane Matte, Francisco Ruiz Velasco and Andrew L. Schmidt.

Synopsis: Arcadia may look like an ordinary town, but it lies at the center of magical and mystical lines that makes it a nexus for many battles among otherworldly creatures including trolls, aliens and wizards. Now, the heroes from the hit series Trollhunters, 3Below and Wizards team-up in their most epic adventure yet where they must fight the Arcane Order for control over the magic that binds them all.

The Tales of Arcadia catalogue, available to stream exclusively on Netflix comprises:

You may also like...
Related Topics:DreamWorks Animation, featured, Guillermo del Toro, Netflix, Trollhunters: The Rise of the Titans
Geographic Region:Worldwide