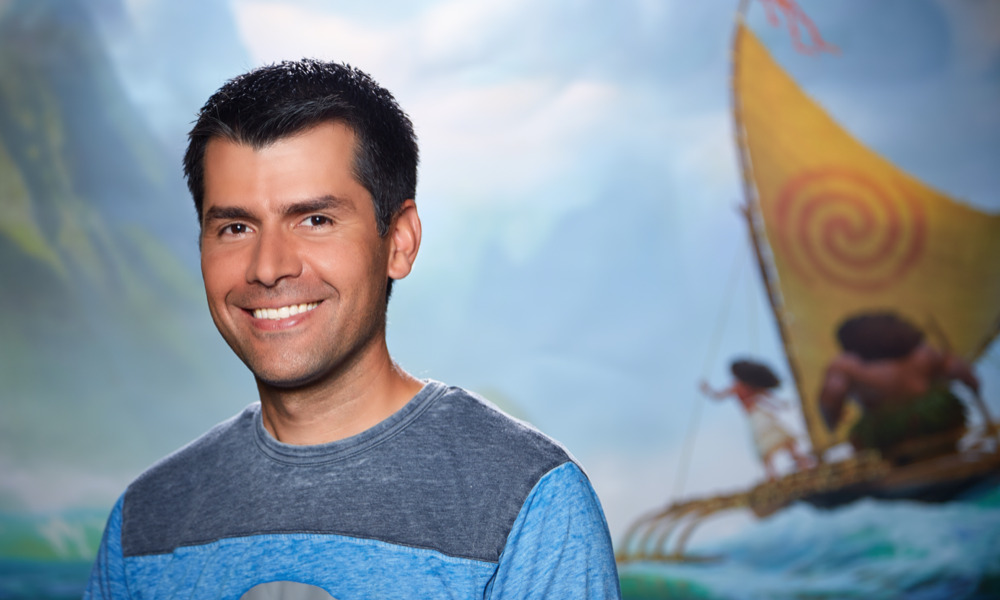 Walt Disney Animation Studios’ David G. Derrick Jr. has been named director of the upcoming musical long-form series Moana, for Disney+. Derrick, a respected story artist in the industry, first joined Disney Animation in order to work on the Moana feature film — and in doing so, reconnected with his family’s Samoan roots. He was deeply involved in the storyboarding of some of the film’s most iconic moments.

“Working on Moana was a gift, personally and professionally,” says Derrick. “The film Moana caught and shared the spirit of Polynesia with the world. I am honored to continue her story and to celebrate the rich and beautiful cultures of the Pacific Islands.”

Derrick joins Oscar-nominated Moana producer, Osnat Shurer, on the series. “Dave’s great story instincts, his visionary cinematic style, and his deep love and commitment to Moana and the Pacific Island cultures that inspired her world, make him a perfect director for the series,” says Shurer.

As Derrick and his story team are in development, the recently-announced new Walt Disney Animation Studios Vancouver, which will be the production home for the series, is ramping up their staffing, as the Studio nears its official 2022 opening.

“We have been elated by the positive response from the community. In the next many months, we are continuing to post staff positions for our studio, and with the talent we have here, and the fact our teams’ first project together will be the Moana series, I can’t imagine a better way to launch the studio,” says Amir Nasrabadi, Head of WDAS Vancouver.

Shurer adds, “Getting to explore the story of Moana further is really exciting for us, particularly in this extremely cinematic, musical, long-form event series, and we can’t wait to meet all the amazing artists who are joining Disney Animation Vancouver to help us bring Moana’s next gorgeous journey to life!”

Since first setting sail with Moana (2016), Derrick has lent his story artist and boarding talents to Jon Favreau’s The Lion King (2019), Raya and the Last Dragon and Encanto for Disney. Prior to joining the studio, he worked on DreamWorks Animation features including How to Train Your Dragon, MegaMind, Rise of the Guardians and Bee Movie, as well as the series Turbo FAST, The Avengers: Earth’s Mightiest Heroes and The LeBrons.