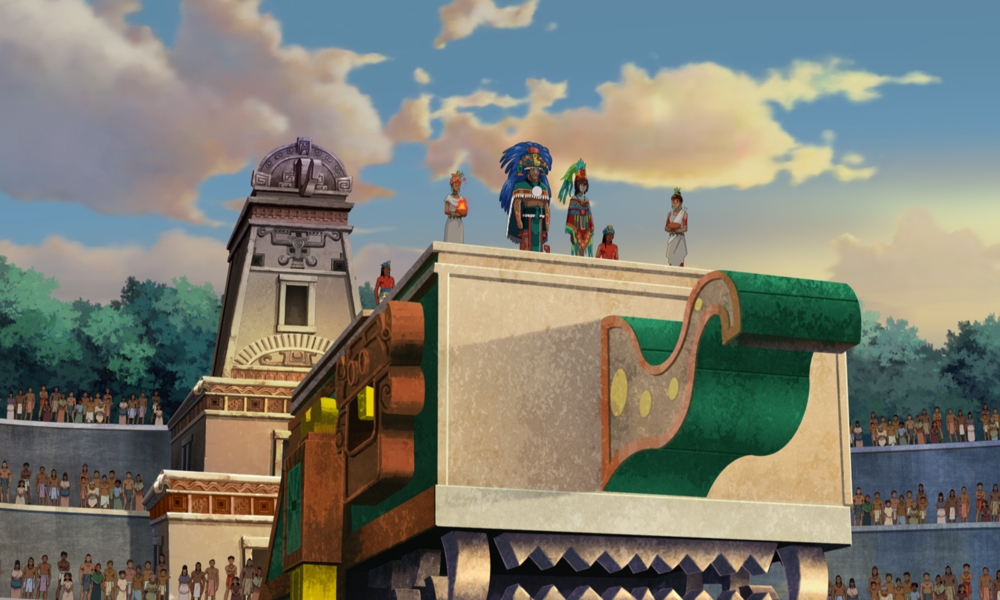 As a special gift for fans around the world, Crunchyroll is going to deliver all episodes of Onyx Equinox on Saturday, December 26 so fans can fully enjoy the entire series over the winter break. This special winter drop will add episodes six through 12 to the platform, including episodes dubbed in Spanish, Brazilian Portuguese, French and German.

Onyx Equinox follows Izel, an Aztec boy who is saved from death by the gods and forced to act as “humanity’s champion” in a journey that takes him across ancient Mesoamerica. In the series so far, the journey to save humanity has not been easy for Izel and his friends Yaotl, a jaguar-like emissary of Tezcatlipoca, the powerful warrior Zyanya, the twins Yun and K’in, and the priestess Xanastaku.

The episodes dropping on Saturday will reveal the identity of a few mysterious characters and follow Izel and his friends as danger closes in all around them on their quest to close the five gates of the Underworld in order to fulfill the bet set in motion by Quetzalcoatl and Tezcatlipoca.

Fans interested in diving even deeper into the series can catch the Onyx Equinox companion podcast hosted by creator and showrunner Sofía Alexander. Each episode features a mix of creative staff every week with new episodes premiering through February, as Sofía and the team discuss the inspiration and creative process behind each episode.

Viewers can also catch this video from Crunchyroll hosts Dulce and Ryuyin in Latin America to learn more about the universe of Onyx Equinox, along with five things fans might have missed in the first few episodes.