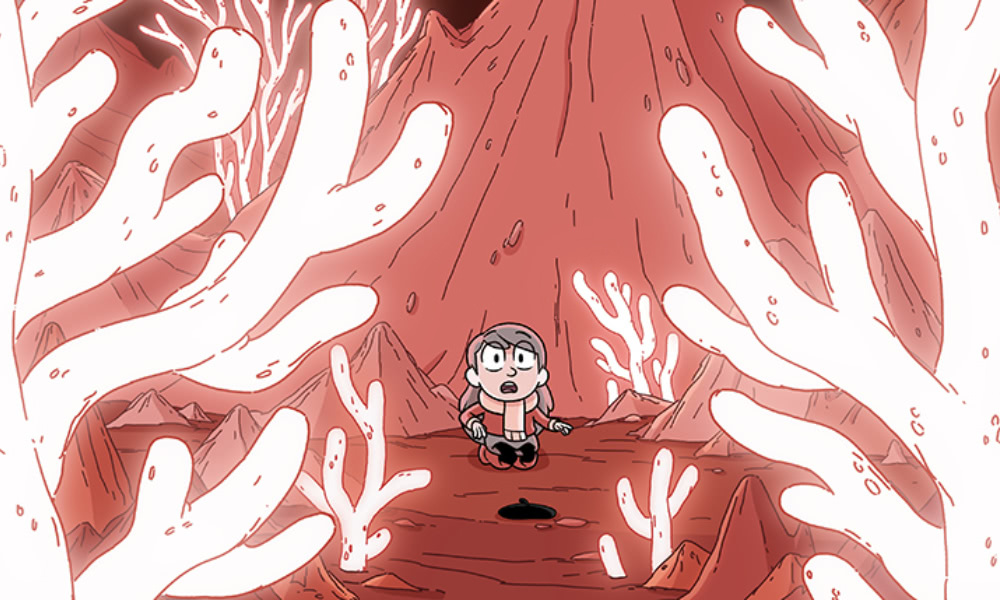 When we last saw the charming heroine of Silvergate Media and Mercury Filmworks’ popular animated series Hilda, she had turned into a troll and was stranded in their mysterious world country. We find out a lot more about what happened to her and the deepening conflicts between the trolls and the human residents of Trolberg in the new 80-minute animated special Hilda and the Mountain King, which debuts on Netflix on December 30.

According to the show’s executive producer Kurt Mueller, the original plans to make this stand-alone feature date back to Comic-Con 2008. “Our head writer and co-exec producer Stephanie Simpson was in town to promote season one and we were deep into writing the second season,” he recalls. “We knew that it was going to end with a fairly major cliff-hanger. At this time, [Hilda creator] Luke Pearson was also formulating the basic story of the Mountain King novel — a massive story that would untangle many of the show’s foundational themes and plot points.”

Mueller says he and Simpson felt that the material would be better served in one knockout punch. “It would also benefit fans in that we could deliver the movie (and resolve the cliff-hanger!) far quicker than if the story was a part of season three’s (13 x 22′) episode writing and production cycle,” he notes. “Netflix bit on the idea a few months later based on a short plot synopsis and key artwork.”

Series director Andy Coyle says he loves the longer-format for storytelling. “This kind of 2D animated fantasy-adventure movie is such a fun thing to do,” he notes. “I wish there was more stuff like it around everywhere. Luke’s script was amazing. Obviously, it also pays off and resolves everything we’ve been doing on the show since the first season, so it’s incredibly satisfying.”

The special project took about three years to complete. As Mueller explains, “That would be soup to nuts, factoring in the time Luke spent writing the book for Nobrow, which made the adaptation to script with Stephanie much faster. We were also able to tack the script onto the back of the second season production with Mercury, which saved us some more time.” 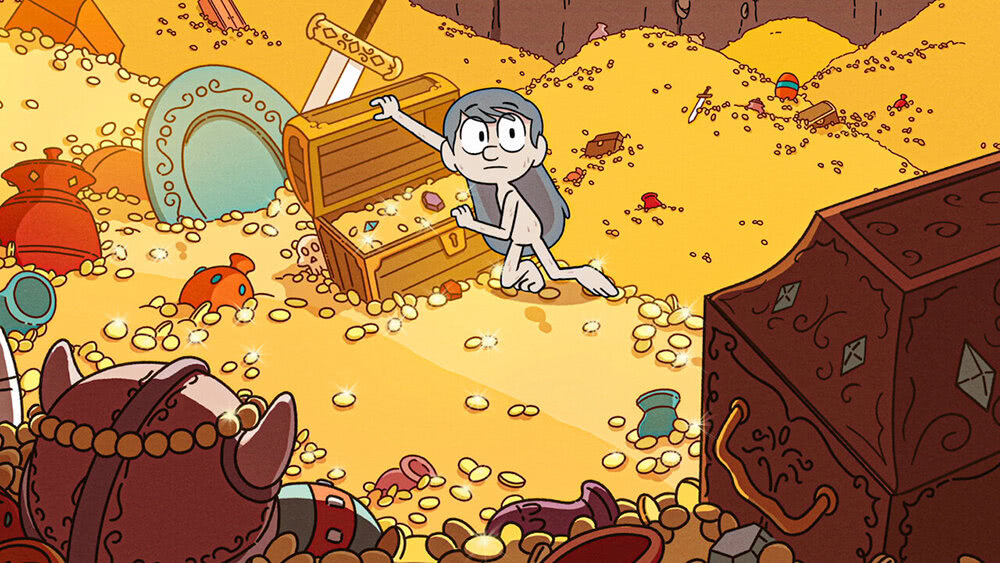 Mueller, an Emmy-winning animation veteran whose previous credits include shows such as Olivia, The Octonauts and The Mr.  Men Show, says the big story is that Mercury animated the film entirely during the pandemic and somehow managed to stay on schedule. “And there were other complicating factors,” he points out. “The original pitch to Netflix was for a 70-minute movie, but by the time we had an outline (June 2019) we knew the story was going to be significantly longer than that! Not always a comfortable conversation to have with a network, but Netflix was super accommodating.”

Coyle mentions that like any animated project, there were some technical challenges along the way. “The hordes of trolls on screen at once, the delicate emotional performances, the scale and scope of the action were some of our big challenges,” he admits. “I really wanted to make sure that it didn’t feel like just a long episode of the TV show. It’s a special event, and our whole team loved tackling it in a fresh and distinct way from how we make the series while still remaining faithful to the world of Hilda.”

According to the series director, The Mountain King team had just over 100 crew members in production at any given time. “We wanted to make sure the fans of the show wouldn’t have a long wait, so it was fast and furious!” he says. “All of the movie’s animation was done at Mercury Filmworks with the exception of the opening credits sequence, on which we got to work with a company called Giant Ant to execute. They were wonderful to collaborate with and really got the spirit of Hilda completely.”

Can’t We Just Get Along?

Hilda creator and co-exec producer Luke Pearson says the movie doesn’t have one special message. “However,  it has things to say about conflict, empathy, politics, family — about situations without easy solutions,” he tells us. “It touches on a lot of themes which should feel relevant and familiar right now. But the only thing I really hope audiences take away is that it’s a big, satisfying, surprising (at least if you haven’t read the graphic novel) culmination to a storyline that has been built towards since the first episode.”

When asked about the popularity of the show and the characters in Hilda’s world, Pearson says, “I don’t think it’s for me to say why they have fascinated audiences, but I’m just pleased they have! I do think a lot of the appeal is down to the world itself. Despite all the fantasy, Trolberg is close enough to the real world that you can believe in it. A lot of that is down to how the Mercury team have really made it feel like a living, breathing place. You want to explore the city and the surrounding wilderness and spend time there. And there’s a feeling of depth, that there are stories down every street and every character has a history.”

Of course, we had to ask Pearson if he could reveal any juicy details about the third season of the multi Emmy- and Annie Award-winning show. “Season three will move on from the events of the movie and venture into some new territory,” says the talented creator. “Although there will be some detours, it’s a more focused, ongoing story than we’ve told previously, which is exciting. It will sadly be the final season, but I’m excited for people to see what we’ve got in store — especially since we’re beyond the books, so it’s all a surprise. I’d say it’s less about checking in on what we’ve seen before, and more about exploring aspects of Hilda’s world that have gone unspoken until now.”

Hilda and the Mountain King premieres December 30 on Netflix, where the first two seasons of Hilda are available to stream worldwide.

Creative Tips: Letter to a Young Animation Writer
‘We Baby Bears’: Cute Cubs in Search of a Home