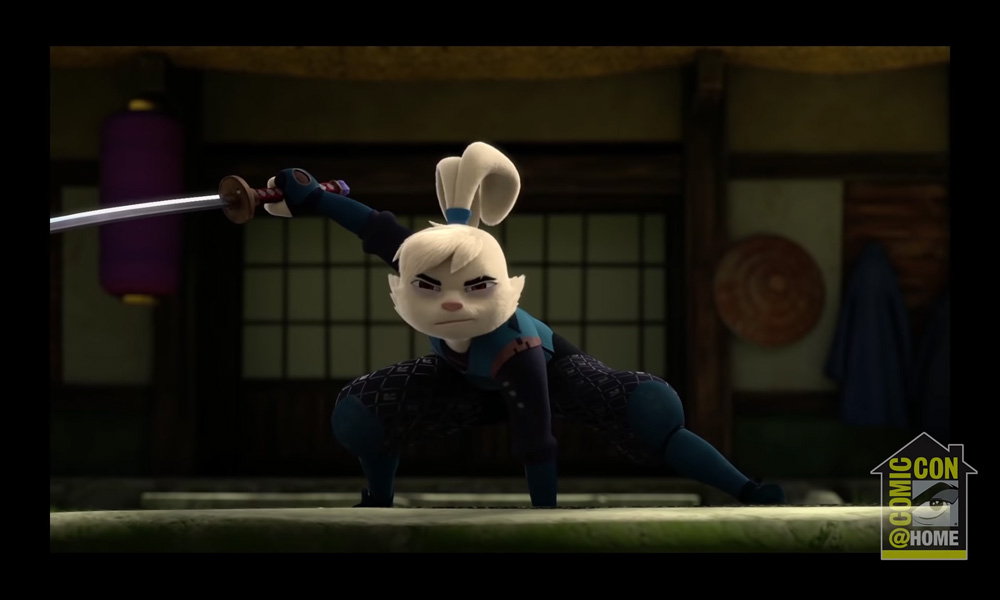 Fans of fur-ocious, sword-wielding heroes were treated to a first look at Samurai Rabbit: The Usagi Chronicles during Comic-Con@Home this weekend. Netflix and France’s Gaumont Animation offered a BTS look as well as a first-look at animation from the upcoming series based on Stan Sakai’s award-winning comic classic, Usagi Yojimbo.

Samurai Rabbit follows the teenage Yuichi Usagi, descendent of the great warrior Miyamoto Usagi (introduced in the 1980s comics and a longstanding crossover character with Teenage Mutant Ninja Turtles), on his epic quest to become a true samurai. He leads a ragtag team of misfit heroes – including a roguish rhino bounty hunter named Gen, a cunning cat ninja named Chizo, an acrobatic pickpocket fox named Kitsune and his faithful pet “tokage” Spot – as he fights to rid the 26th century world of Neo Edo from dangerous Yokai monsters from another dimension. 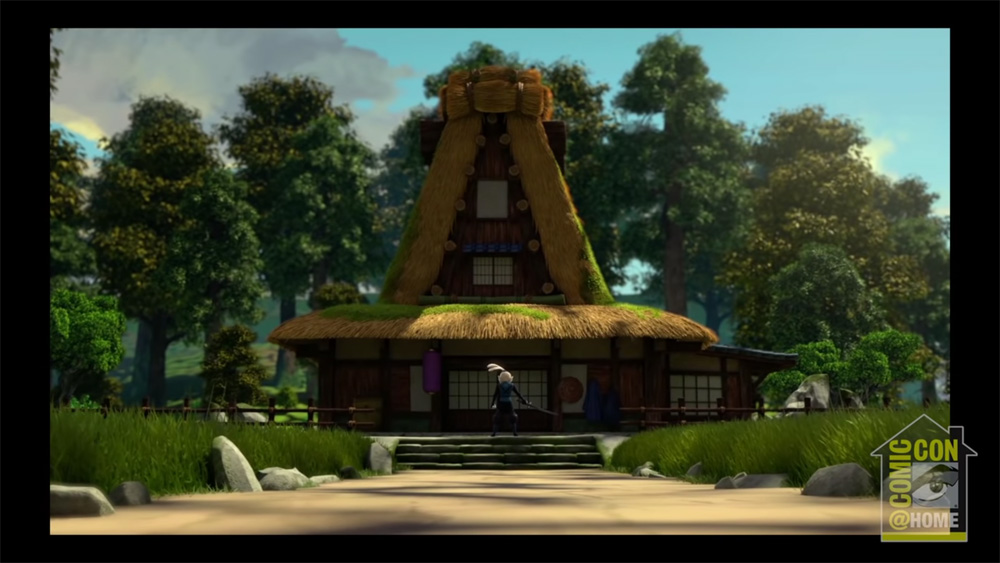 The show, set in a lush futuristic Japan where traditional aesthetics and high-tech combine, will be largely crafted in 3D CGI, with flashbacks rendered in traditional, comicky 2D.

Learn more about this exciting, demon-filled project from the cast and creatives and peep tons of development art, character designs and early animation (at about 34 minutes) in the free-to-stream panel here.