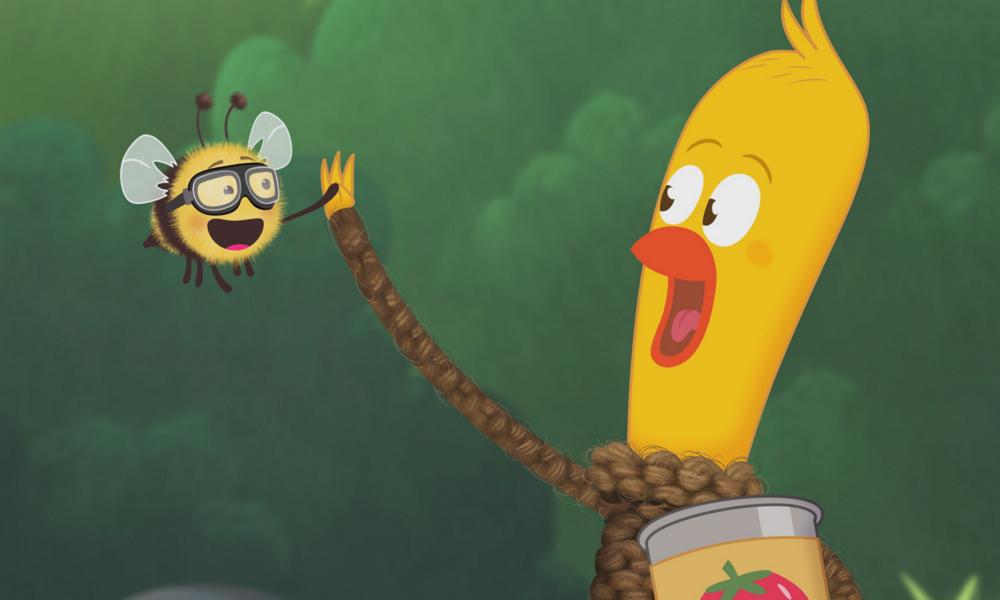 Season 2 of DreamWorks’ Archibald’s Next Big Thing arrived on Netflix Friday, ringing in spring with 13 all-new adventures full of cheer, curiosity and plucky musical numbers. To crow about the launch, four new clips have hatched to show audiences of all ages what fun is waiting for them in Crackridge with Archibald Strutter, his siblings Sage, Finly and Loy, and loveable sidekick Bea as they embrace each misadventure with unstoppable enthusiasm.

Clip: Dotty Culpepper – Meet Dotty Culpepper (Jane Lynch), the highest ranked Rooster Ranger in Crackridge help Archibald and Sage meet all of the requirements needed to become a “Roaring Rooster”… in less than one day!

Clip: Archibald Sings – After drinking a special throat tea, Archibald discovers that his voice has turned silky smooth! Join Archibald (and his singing voice Taylor Trensch from Dear Evan Hansen) as he discovers that everything sounds better when it’s sung!

Clip: Chores Robot – The Strutter’s are here to PLAY! When Loy installs a games-obsessed super computer into the house, Archibald and his siblings craft a plan to “out play” the system.

You may also like...
Related Topics:Archibald’s Next Big Thing, featured, Netflix
Geographic Region:Worldwide