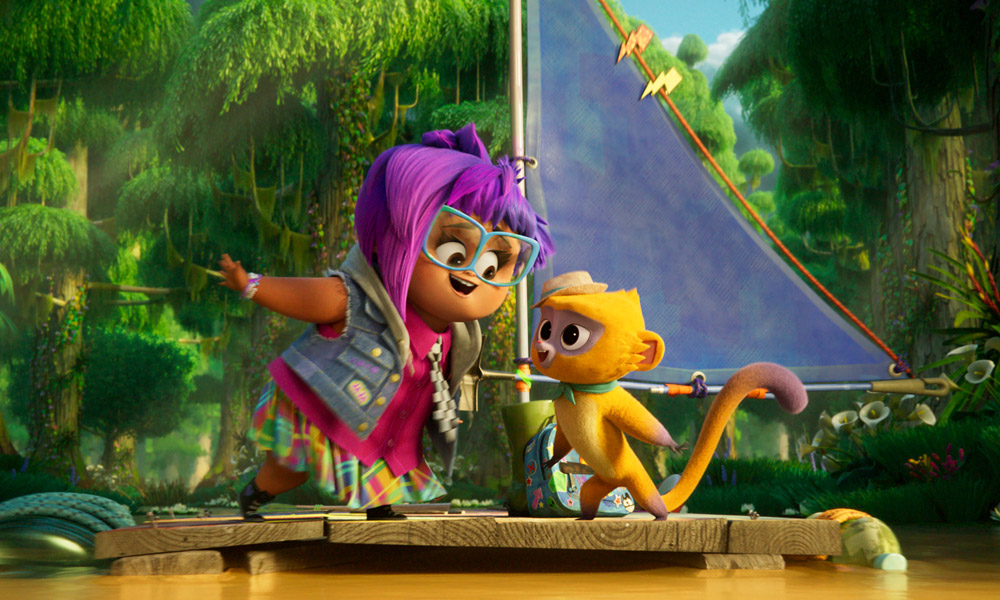 Sony Pictures Animation’s first-ever musical feature is ready to put a song in the hearts of viewers worldwide, as Netflix announces the pic’s global premiere date will be August 6. To celebrate, the streamer has released a new clip featuring the singing, dancing, questing kinkajou (voice by Lin-Manuel Miranda) and his quirky human companion (Ynairaly Simo).

In the movie, Vivo, a musically gifted kinkajou (a.k.a. a rainforest “honey bear”) embarks on the adventure of a lifetime to deliver a song to his cherished owner’s long-lost love, with the help of Gabi – an energetic tween who bounces to the beat of her own offbeat drum. Along the way, the pair have been forced to take a shortcut through the Florida Everglades – but nothing can stop this dynamic duo, not even gators!

Vivo is directed by Oscar nominee Kirk DeMicco (The Croods), who penned the script with Pulitzer Prize-winning playwright and lyricist Quiara Alegría Hudes (Water by the Spoonful In the Heights), and features original songs by Miranda (In the Heights, Hamilton, Moana) and score by Alex Lacamoire (In the Heights, Hamilton, Dear Evan Hansen). Story by Peter Barsocchini and Hudes. Produced by Lisa Stewart, p.g.a.; Michelle L.M. Wong, p.g.a. and Rich Moore. Executive produced by Miranda, Lacamoire, Laurence Mark and Louis Koo Tin Lok.

Read more about Vivo in the August issue of Animation Magazine, coming soon!

Animation Block Party Re-Animates for Halloween Edition at BAM
Netflix Reveals More of ‘The Witcher: Nightmare of the Wolf’ Movie